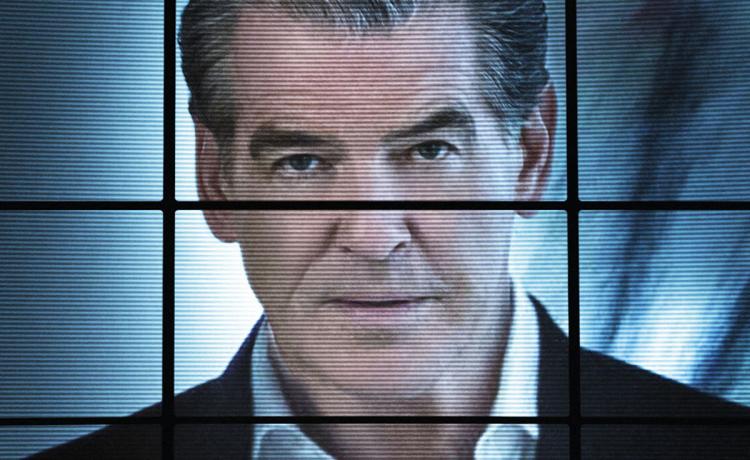 I.T. is an entertaining, if forgettable thriller with solid performances from the cast and a tense final act.

Plot: Mike Regan is a self-made man who has it all: a gorgeous wife, a beautiful teenage daughter, and a sleek, state-of-the-art smart home. But he soon finds himself in a deadly, high-stakes game of cat-and-mouse when his I.T. consultant, Ed, starts using his skills to stalk Mike’s daughter and endanger his family, his business, and his life. In a world where there is no privacy, Mike needs to rely on his old connections to defeat a new kind of nemesis.

Review: From the trailers I.T. looked pretty generic and reminded me of the psycho thrillers that were out every two weeks in the 90’s like Pacific Heights, The Hand that Rocks the Cradle and more but that’s no bad thing as I have always had a soft spot for these kinds of thrillers.

I’m also a huge fan of Pierce Brosnan and over the past few years he has carved out a nice little career where he is finally out of the shadow of James Bond.

In I.T. he plays the owner of a hi-tech aviation company called Mike Regan who has a software breakdown during a crucial meeting so a new temp called Ed Porter uses his expertise to fix the problem and Regan feels indebted to him. He invites him over to look at his house’s futuristic setup and meet his family and that’s when the problems begin. Ed isn’t what he seems but the good thing is it doesn’t waste time in showing us that this man is mentally ill. He becomes obsessed with the family and starts to slowly destroy their lives.

Despite being quite predictable, I.T. delivers plenty of tension and the performances by the cast are all nicely done. Pierce is great as the rich man pushed to the edge as he tries to protect his family but I really liked James Frecheville as Porter who wasted no time in being a creepy weirdo from the start.

I saw this movie on Netflix and heard the late, great Mikael Nyqvist was in it which is why it piqued my interest but even though he was  magnetic every moment he was on screen his role isn’t all that memorable and he’s just there to help Regan get out of the mess he is now in.

I found that the daughter was a little one note and the typical spoiled little bitch and to be honest I’ve never really met a girl who behaved like that but it seems to be a common trait in Hollywood movies.

It’s tightly paced and it has an intense finale and but despite a few moments that were different I couldn’t help think I’d seen it done many times before. The characters were pretty one-dimensional and I don’t really remember any of the dialogue but in terms of psycho thrillers you could do worse. I liked how it shows the dangers of relying too much on technology which is very relevant today.

Overall, I.T. is an entertaining, if forgettable thriller with solid performances from the cast and a tense final act. We’ve seen it all before but it almost made me forgive director John Moore for killing the Die Hard franchise…