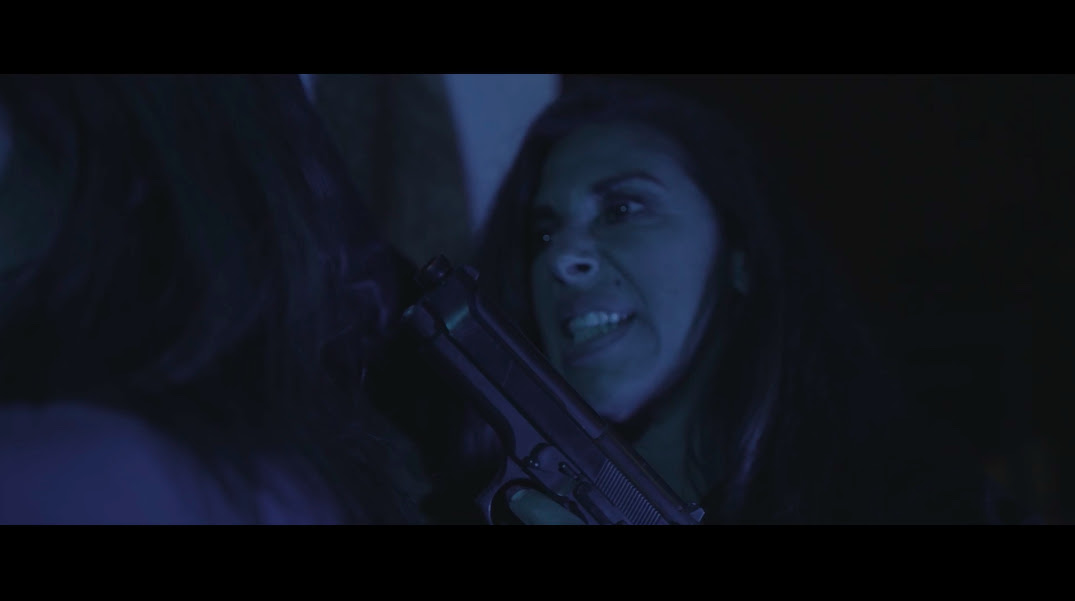 Despite the handful of deliberate late twists and cleverly premeditated scriptwriting, it might be wise to plead insanity before going into this trial of viewing patience.

Plot: Some friends scheme to kill their roommates and not have to pay the consequences!

Review: Take a few elements and character types from Heathers, throw in some Very Bad Things, then add a very slight touch of Rashomon, and you get the ingredients for How to Kill Your Roommates and Get Away with It, a 2021 film from director Pat Kusnadi and TiberiusFilm Limited.  Frustrated Ellie (Nicole Cinaglia) is a young woman who hates her roommates (Lara Jean Sullivan & Eric Reingrover) with a passion, and ultimately decides that something must be done.  With some assistance and persuasion from friend Jacob (Hunter Johnson), a plot is devised not to simply adjust her living situation, but instead to kill her roommates – and get away with it.  Dream sequences ensue, cult favorites Felissa Rose and Dave Sheridan make brief appearances, and it’s time for the viewer to start guessing.  Are we still in a dream sequence?  Is this a real occurrence this time?  Then again, isn’t this a fictional movie in the first place?

When going into this kind of familiar territory with such low budget fare, it would be easy to simply dismiss this film as Great Value Heathers or Not Such Good Things and leave it at that, but there is at least some intrigue in some performances and maybe a twist or two.  The real dilemma the audience will face is making it past the first act upon realizing that every single character – including the protagonist – is completely insufferable, foulmouthed and trashy, qualities that mesh better with softcore or noir style films than such a limited set and story.  These characters only show a modicum of humanity after an hour into the film, which is the only thing distinguishing it from actual apartment living.  Cinaglia’s ability carries the story through her wide range of convincing emotion, hindered only by the limitations of her character and writing.  She’s really good in a film that lags behind in pace and development.  It becomes difficult to suspend disbelief when an intelligent, post-graduate educated woman is spending more than 5 consecutive seconds considering her male schmuck companion’s ideas to advance the plot.  All we are given of his character is that he enjoys cult classic movies and killing people, which would seemingly be turnoffs for the vast majority of the female population, at least as far as introductory qualities are concerned.

There is a touch of fun and even insight to the blink during which Felissa Rose and Dave Sheridan appear, but it had better not be a point when the audience goes for the bathroom or a snack, or it’s already over.  The stylized “dream” sequences, color schemes and filters chosen for filming are a nice touch, albeit a giveaway to the trained eye.  Some fun B-movie elements to be found include noticing the stickers on the bottom of the pint glasses and noticing how little weight the vulgar roommate is curling for a million reps while drinking beer out of a bottle with the other hand.  The more nuanced and subversive plot points are rewarded only to the absolute most dedicated viewers who decide to stick it through to the end and, while some of those points are clever and bring much needed life (in rather ironic timing) to an otherwise insipid character lineup, are just too little, too late for most people to really care about them.

The viewer is left in a quandary watching How To Kill Your Roommates and Get Away With It.  While it is probably not the easiest task to kill your roommates and get away with it, much less create a movie from scratch about the subject during a pandemic in such a claustrophobic setting, it will be even more challenging to find an audience for the subject matter who hasn’t seen it all before, and executed better, even with comparable constraints.  Despite the handful of deliberate late twists and cleverly premeditated scriptwriting, it might be wise to plead insanity before going into this trial of viewing patience. 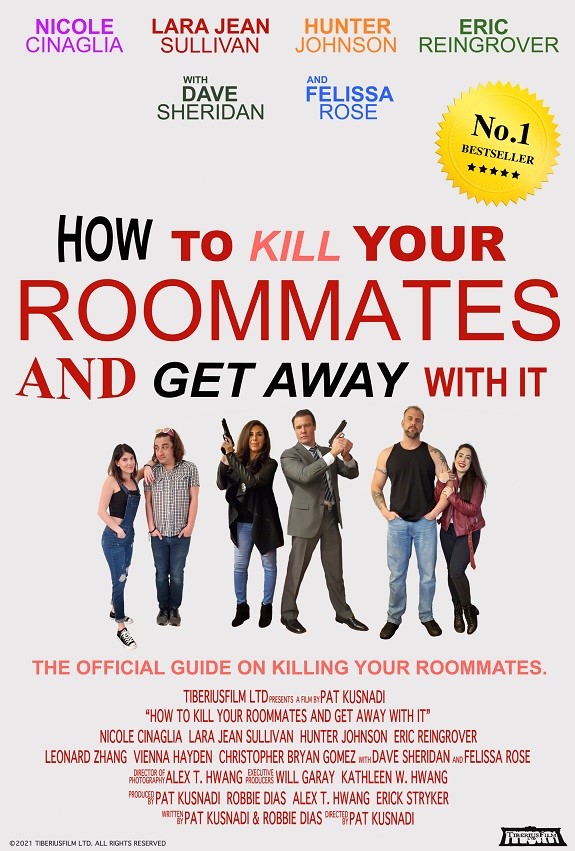