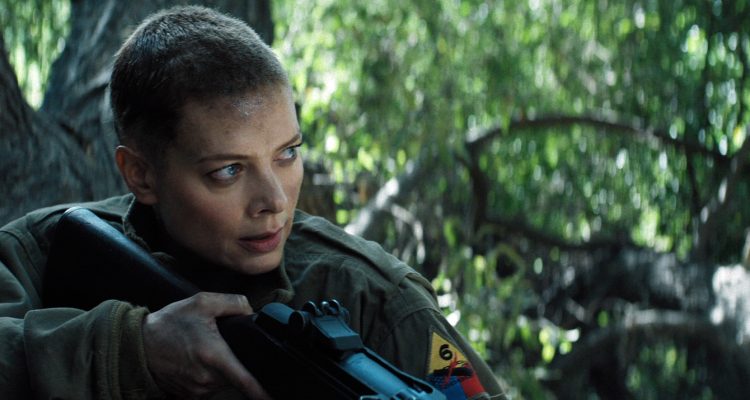 Incredibly tight and well directed by Jesse Johnson, whose career as a journeyman stuntman, stunt coordinator, and director has in in the last handful of years begun to coagulate into something very special, Hell Hath No Fury far exceeded my expectations as a character-driven action and war film.

Fate converges on a small platoon of American soldiers, a French resistance fighter, an SS battalion, and a French woman, who is the only person who knows where a stash of Nazi gold is hidden.

A French spy named Marie (Nina Bergman in a strong performance) has spent years wooing an SS soldier (played by Daniel Bernhardt) and getting him to fall in love with her, and when they plan to hide a stash of Nazi gold together to be collected after the war, another plan she’s set up – to have the French resistance kill him – fails miserably, forcing her into a position where she has to try killing him herself. That plan seems to work, but she is sent to prison for three years for being a Nazi sympathizer, and when she’s released, she is picked up by a small American platoon of four soldiers, who figure out that she knows where a stash of gold is hidden. Dressed only in a negligee and with a shaved head and a red swastika marked on her forehead, she leads the soldiers (played by Louis Mandylor, Timothy V. Murphy, Luke Lafontaine, and Joseph Cannon) to a decrepit graveyard where she misleads them to dig all around for the gold in a long, wasted day, and they all get an unexpected surprise when two holdover French resistance fighters (one of whom is played by Dominiquie Vandenberg) pop out and offer some resistance to the Americans, who seem to have one of their own – Marie – as a prisoner. After the dust settles, the American platoon has dwindled to half, and with only one of the two Frenchies still standing, the four remaining must by necessity agree to work together to fight off an incoming SS battalion, whose leader – Marie’s former lover and the man she once tried to kill – is after the gold hidden in the cemetery as well.

Incredibly tight and well directed by Jesse Johnson, whose career as a journeyman stuntman, stunt coordinator, and director has in in the last handful of years begun to coagulate into something very special, Hell Hath No Fury far exceeded my expectations as a character-driven action and war film. It’s a “small” movie, but only so much as it insulates itself in a cocoon of its own perfectly simulated textures and surroundings. This movie easily puts other recent, lower budgeted World War II pictures to shame with its execution and style. It also gives Bergman, Bernhardt, Mandylor, Murphy, and Vandenberg all meaty roles to sink their teeth into. There was never really a false moment in this movie, and fans of the genre will be in for a treat.

Hell Hath No Fury is out now on Blu-ray and DVD from Well Go USA. 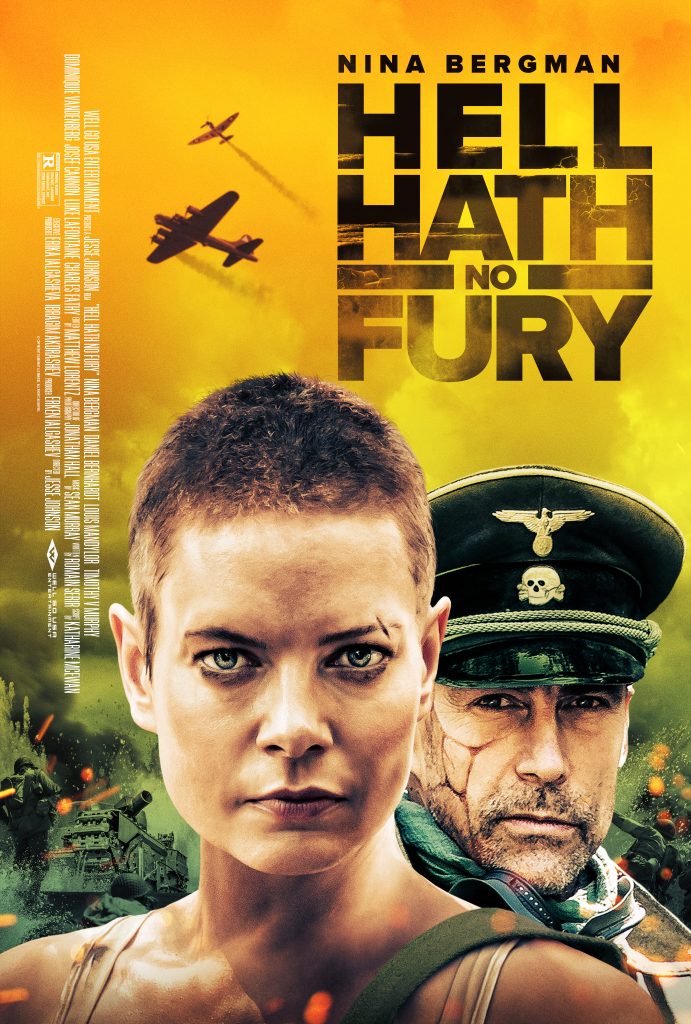