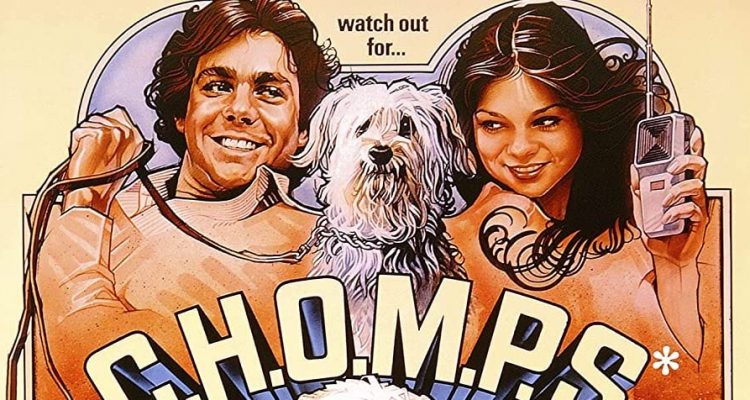 A silly, family-friendly movie that still manages to appeal to kids (I watched this with my eight-year old and he seemed to enjoy it), C.H.O.M.P.S. is an innocuous time capsule of a flick in the Disney movie vein.

A new home protection robot dog becomes the focus of its inventor and his benefactor, who needs it tested in the field before going out for mass-market use.

An inventor named Brian Foster (Wesley Eure) creates a wowzer of a home protection unit in the form of what he calls CHOMPS (Canine Home Protection System), a dead ringer for a dog, but much more efficient and deadly to home invaders. The CHOMPS is modeled after his own pet, and they look identical, but obviously one is a robot and is faster, stronger, and can emulate any type of sound (like machine gun fire) it’s programed to, which can prove useful in the correct situations. Brian’s girlfriend Casey (Valerie Bertinelli) is the daughter of the top businessman in the home protection racket, and when Brian reveals his CHOMPS unit to him, at first it’s an unbelievable thing to Casey’s father, but when he realizes its potential, he needs it tested in the field. With two bumbling robbers (think Marv and Harry from Home Alone, only more stupid) happen to be on a string of robberies in the neighborhood, and they’re working for a competitor of Casey’s father. When they get hired to either steal or sabotage the CHOMPS unit, the game is on for Brian and Casey and their dogs to save the day.

A silly, family-friendly movie that still manages to appeal to kids (I watched this with my eight-year old and he seemed to enjoy it), C.H.O.M.P.S. is an innocuous time capsule of a flick in the Disney movie vein, although there is a little crudity to it in the form of a talking, cantankerous dog (the only talking dog in the movie) who hurls insults at everyone, including the CHOMPS unit. This particular dog even gets the last line in the movie, and it pushes the PG-rating to its limit. Dog movie fans may enjoy this more than others, and even though I’m not a dog lover, it’s clear that a movie such as this is leagues more entertaining and better made than a recent dog movie I saw with a similar plot, a film called Pups Alone with Dolph Lungren. Now that was a piece of trash.

Code Red’s new Blu-ray release of C.H.O.M.P.S. comes in a new 2K transfer, plus an audio commentary by star Eure and the co-writer, plus an on-camera interview Eure, and the trailer. 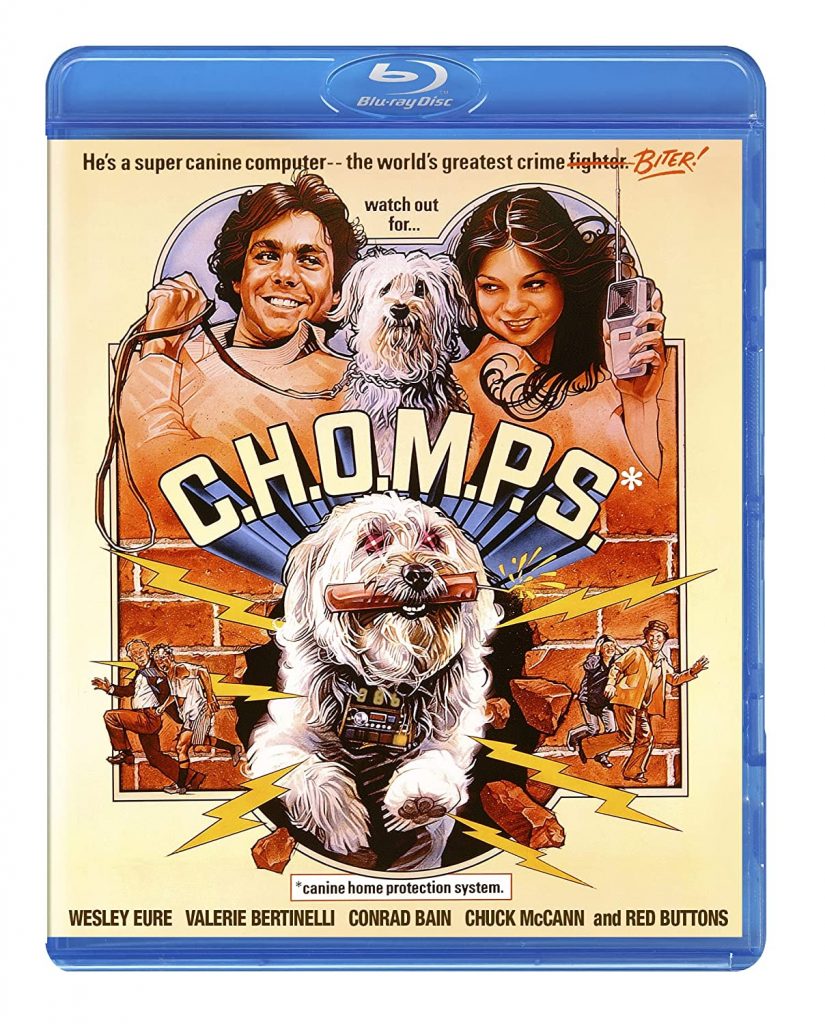