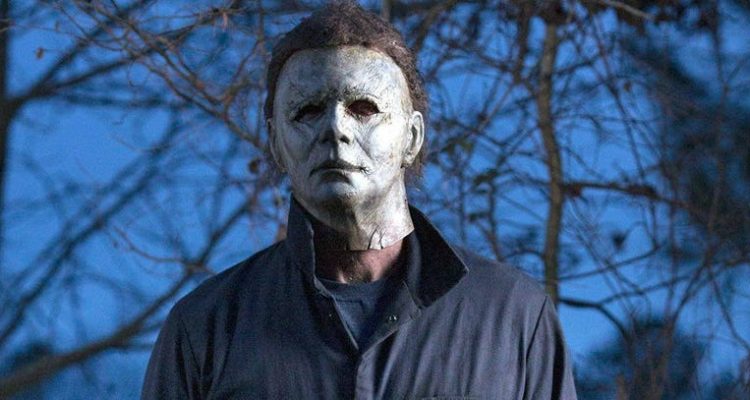 Halloween is a welcome return to a long dead series with some inventive kills and Michael Myers at his menacing best.

Plot: It’s been 40 years since Laurie Strode survived a vicious attack from crazed killer Michael Myers on Halloween night. Locked up in an institution, Myers manages to escape when his bus transfer goes horribly wrong. Laurie now faces a terrifying showdown when the masked madman returns to Haddonfield, Ill. — but this time, she’s ready for him.

Review: Anyone who claims to know me long since understands how obsessed I am with the original Halloween; it is in my top 5 favourite movies of all time. Sure, some of the acting is really bad but the build-up of tension, that iconic theme tune and Michael Myers himself just stuck with me like no other horror movie before or since. I always enjoyed the sequels too; some were hit and miss and Busta Rhymes has no place in this series whatsoever but it went in strange directions making me want to watch them again every few years.

When I heard we were getting a new Halloween movie courtesy of Blumhouse with Jamie Lee Curtis returning I was excited… yet baffled. I’m pretty sure she was very dead by the end of Resurrection but then I read that this new movie was ignoring all of the previous sequels including Part II which I thought was rather arrogant. It’s like they were saying “just forget those movies because our one is going to be SO much better…”

I for one adore Halloween II and consider it the best sequel in the series as it just carries straight on after the events of the first movie. This new sequel now replaces it as that was apparently a pretend Halloween II but this is the real deal.

Anyway, I’ve rambled enough; let’s just say I am a massive Halloween fan and this was arguably my most anticipated movie of the year.

For the most part it didn’t disappoint with Michael back to his menacing best and John Carpenter providing the score so it certainly feels like a genuine sequel to the first in many respects.

I seem to be saying this about a lot of movies these days but once again I thought the tone was a little off; there was a little too much humour at times which took away from some of the more intense moments but it wasn’t too bad.

The high school kids came across as believably realized as it always seems very fake in Hollywood movies with characters who are mostly stereotypes. I have to say though that the pussy who wanted to go to his dance class deserved everything he got…

The first half lacked tension with not enough Michael but it established the characters nicely and Curtis excels once again as a damaged Laurie Strode obsessed with putting an end to Michael once and for all. It was similar in parts to Halloween H20 and at various points my thoughts were “why does this movie even exist?” but then the killing started and I was in my happy place once again.

There are also several nods to the original which fans will love; some are more subtle than others but the filmmakers were clearly trying to stay true to the mythos.

Michael Myers is at his most brutal in this entry with some of the best kills in the series and the final half hour had the entire audience at the edge of their seats. There were also a few twists and turns I didn’t see coming which maybe could have been fleshed out a little but that’s a minor niggle. By the time the end credits rolled I was happy with what I had watched and I’m 100% sure this story isn’t done yet.

Overall, Halloween is a massively entertaining sequel and although not my favourite it is a welcome return home for the greatest movie killer of all time. It has its flaws but it is a fun reinvention for a new generation of horror fans.