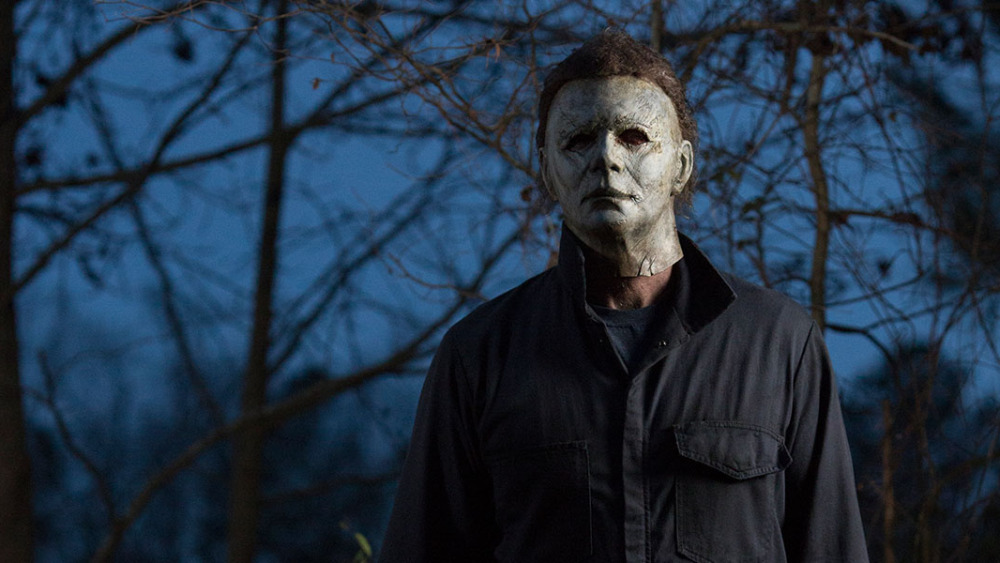 This Halloween tells it all over again with a few spins and some incredibly odd moments (what’s up with the crazy doctor?), but the only real reason I can rationalize is dollar signs.

Plot: Laurie Strode confronts her long-time foe Michael Myers, the masked figure who has haunted her since she narrowly escaped his killing spree on Halloween night four decades ago.

Review: In an alternate universe / timeline, Laurie Strode (Jamie Le Curtis) didn’t die at the beginning of Halloween Resurrection at the hands of her very own boogeyman Michael Meyers, the masked, unstoppable killer from all those Halloween movies. Instead, this movie tells us, Meyers went to a maximum-security prison for the criminally insane and has been there since the events of the very first movie, which took place in 1978. Okay, so since we now must go along with the complete and total wipeout of everything we saw in Halloween II onward (not really counting the two Rob Zombie-directed movies), we must go through the motions again as we see Meyers break out and go on a killing spree on Halloween night, this time going back to his old house and setting his sights on Strode (again), only this time she’s prepared. She’s had 40 years to get ready, and this time we see her as a much older woman with severe emotional issues, a depressed woman who has lost her family due to her PTSD and high anxiety. When finally her premonitions and her worst fears come to fruition as Meyers hacks, slashes, bludgeons, and smashes his way to her, leaving a massive body count all over again, she has set the ultimate trap for the entity that has both ruined and defined her life. Side characters are merely cannon fodder as Meyers relentlessly inches closer to his target.

I prefer the original, messy, and convoluted timeline that Halloween II through Resurrection presents, even as much as I dislike Resurrection and the way the producers casually and needlessly dispatched Strode’s character in that last sequel. This Halloween tells it all over again with a few spins and some incredibly odd moments (what’s up with the crazy doctor?), but the only real reason I can rationalize is dollar signs. Creatively, this sequel is vastly inferior to some of the lesser-regarded sequels, such as II, 4, and The Curse of Michael Meyers. Director David Gordon Green and producers John Carpenter and Jason Blume don’t do anything unique or fresh with this material, and it all feels redundant and mundane … and just as graphically violent as Zombie’s two films. Fans of the series will be divided over this. I’m a fan, and I didn’t appreciate it.

Bonus features on the Universal’s Blu Ray / DVD / Digital combo include deleted and extended scenes, “Back in Haddonfield: Making Halloween,” “The Original Scream Queen,” “The Sound of Fear,” “Journey of the Mask,” and “The Legacy of Halloween.” No commentaries, though, which is disappointing.