I’ve been following these DC Universe animated movies since the very beginning, and the quality has rarely dipped or waned, and this one keeps the line in good form.

A new Green Lantern is chosen to face an incredible threat to the universe.

A war veteran named John Stewart (voiced by Aldis Hodge) is struggling to readapt to society when a cosmic meeting occurs: An alien dies right in front of him, and its ring transfers over to John and turns him into a Green Lantern, a superhero with incredible power. The ring takes him to space where he ends up in a Justice League station, and right away Green Arrow (voiced by Jimmi Simpson), Martian Manhunter (Iki Amadi), and others hesitantly greet him because they’re used to Hal Jordan as Green Lantern and have no idea who John is. When it becomes clear that John is indeed the new Green Lantern, they take him on his first mission: First, to find a recharge battery for his ring of power, and then to figure out what happened to all the other Green Lantern corps, which has been completely wiped out and decimated by Sinistro. John soon finds himself in the middle of a war between two races, and he, Green Arrow, and some new allies including Adam Strange and Hawkgirl join the fight and reveal a plot by Sinistro to lure the new Green Lantern into the war for nefarious purposes. Turns out that the previous Green Lantern Hal Jordan is still alive and has been used as bait, but the truth of the matter is potentially catastrophic for all creatures in the universe, as an evil plan is coming together …

Green Lantern: Beware My Power is the latest DC Universe Animated Movie, and it’s a pretty solid feature. With a compelling story, on-par animation, and a unique twist, the film should appeal to both Green Lantern fans as well as to fans of the DC Universe. The voice acting is good, the score by Kevin Riepl is interesting, and the film’s PG-13 rating is appropriate, as it contains plenty of hard fighting violence and mayhem that these movies are so good at showcasing. I’ve been following these DC Universe animated movies since the very beginning, and the quality has rarely dipped or waned, and this one keeps the line in good form. From director Jeff Wamester. 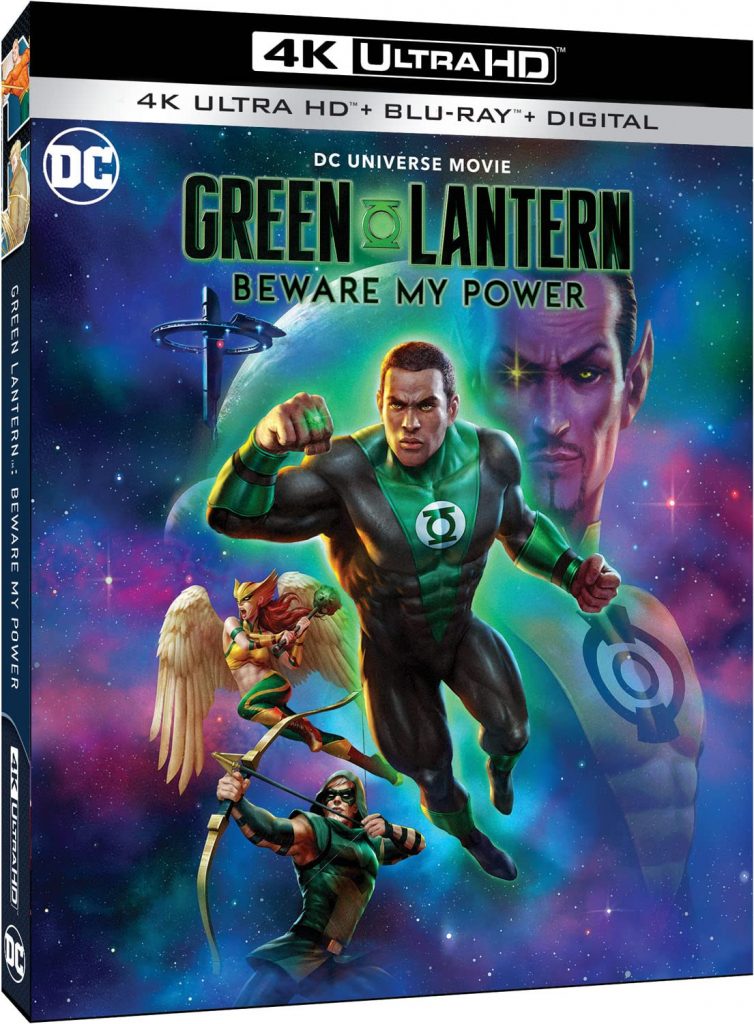