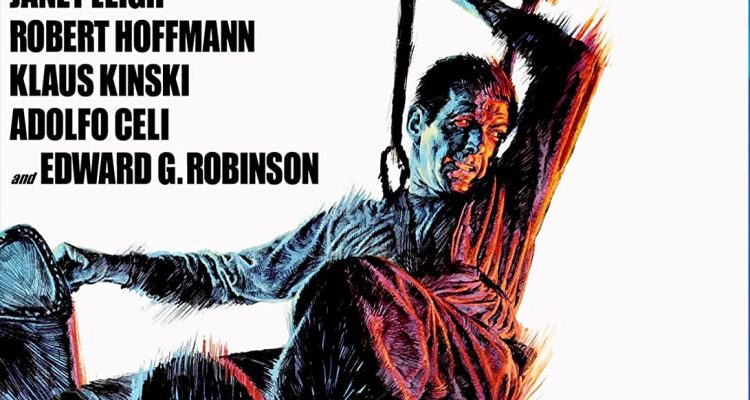 An early example of a “Dirty Dozen” on a heist mission, Grand Slam is a really fine film and kept me invested right down to the last frames of the movie.

A team plans to heist 10 million in precious jewels from a Brazilian bank during the first day of Carnival.

A schoolteacher named Anders (Edward G. Robinson) retires from teaching at a school in Brazil, but he takes with him a master plan to heist 10 million in jewels from a safe in a bank near where he worked. The idea is to do it during the very first day of Carnival while the city is preoccupied, and he goes about hiring a team: He recruits a Playboy named Jean-Paul (Robert Hoffman), a German thug named Erich (Klaus Kinski), and two safe crackers – Augostino (Riccardo Cucciola) and Gregg (George Rigaud), who will take the lead with the safecracking. Jean-Paul is tasked with romancing the bank’s manager, the beautiful Mary Ann (Janet Leigh), who is the only person with the special key to the vault, and Jean-Paul’s task is much harder than originally anticipated. Meanwhile, the other three have to figure out how to bust the safe open, which will be an enormous undertaking as the safe room is rigged to alarm at a sound above a whisper. The safe room is also rigged with lasers, and so the task is a downright mission impossible. When the time comes for them to do their mission, everything goes right … except one small detail, which throws the entire plan into chaos.

An early example of a “Dirty Dozen” on a heist mission, Grand Slam is a really fine film and kept me invested right down to the last frames of the movie. It delivers on its premise, and though it’s only slightly dated, the film still holds up remarkably well even for today’s jaded audience. There’ve been so many of these types of movies to be made and released in the 50-some-odd-years since, and it’s virtually become a genre unto itself, but if it’s done well then there’s literally nothing to complain about. With a solid cast, a good score by Ennio Morricone, and nice locations in Brazil, the movie works on almost every level.

Kino Lorber’s recent Blu-ray release of Grand Slam looks nice in high definition, and it comes with a new audio commentary by three film historians, and the trailer. 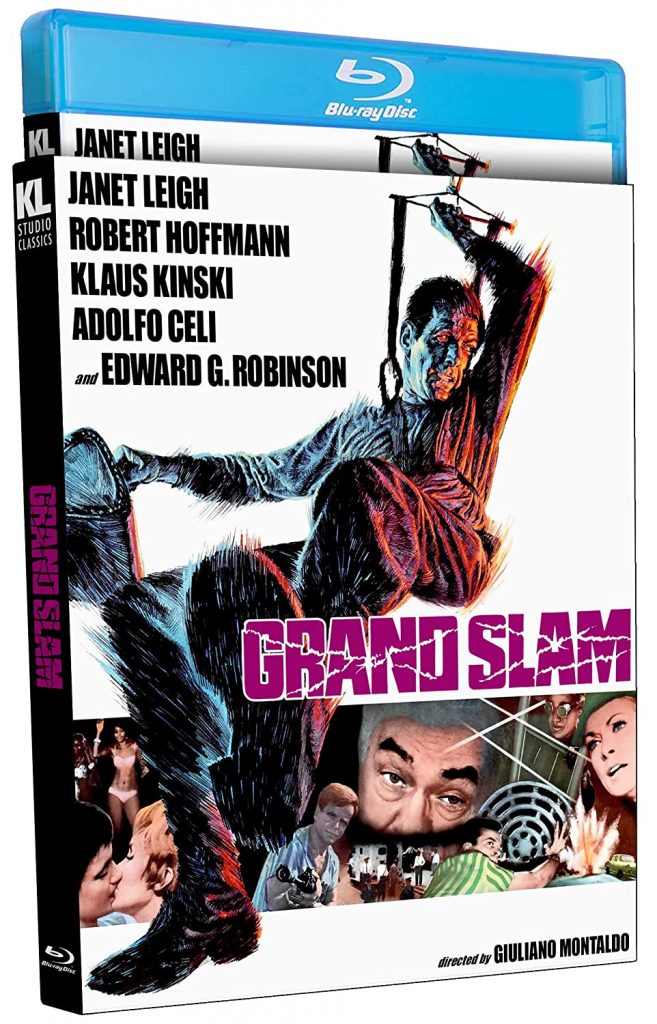