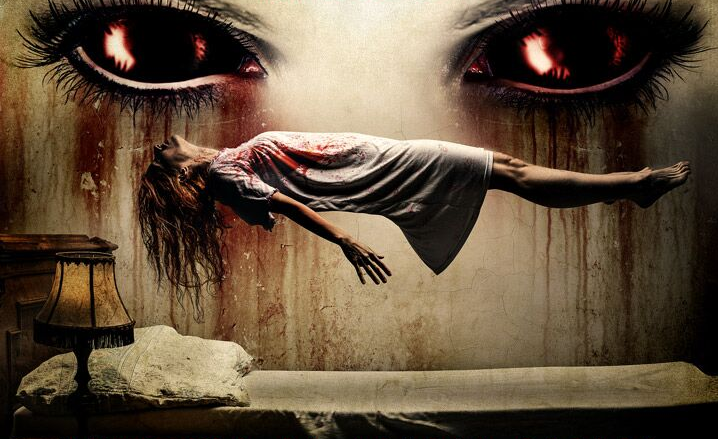 Two unsuccessful filmmakers want to make a pornographic movie, but things go very wrong as their lead actress gets possessed by a demon. Get ready for The Exorcist meets Evil Dead with a sexy twist!

SKIN CREEPERS is a German language horror film that will appeal to a wide range of horror fans. Despite being shot on a relatively limited budget, the film is already being recognized for its stunning visual effects and its old-school practical approach to filmmaking, which will be highly appreciated by gore hounds around the world. After a successful German theatrical run, the film is now celebrating its international release in the US, Canada, Australia, the United Kingdom and Ireland on multiple major VOD Platforms, including Amazon Prime and Tubi, among others.

The story is inspired by true events that took place in Frankfurt am Main, where a Korean family performed an exorcism on a young woman who sadly lost her life.

Shot in Germany with an almost unknown German cast, aside from Adult model icon Micaela Schäfer who appears in an erotic cameo role and legendary German TV character actor Dieter Landuris. Directed by first time filmmaker Ezra Tsegaye, who worked previously in commercials as a storyboard artist for Hollywood films such as “THE INTERNATIONAL,” and is also a successful comic strip artist, who was involved in the creation of the first original German superhero comic. Ezra´s background as a comic book and storyboard artist is mainly responsible for the film’s unique visual style. Produced by media entrepreneur Sebastian Wolf, who started this project with the intent to revolutionize the German Horror Cinema and put it back on the global map by giving Ezra the chance to bring his extraordinary vision to the big screen.

Vimeo (to rent and buy):