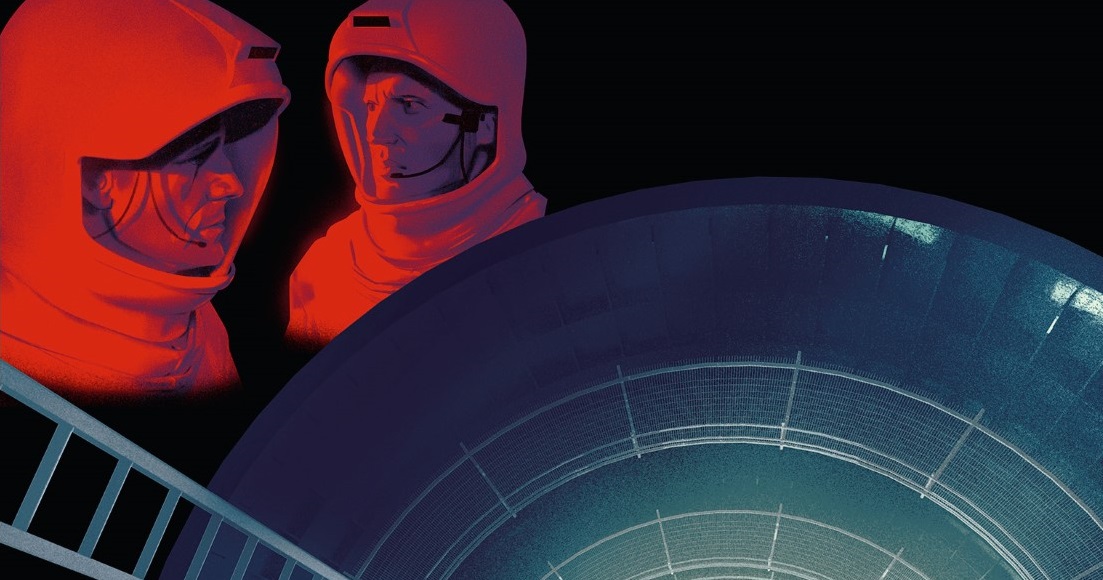 It’s a little slow but not without it’s moments and the new Blu-ray from Arrow is worth picking up.

Plot: A group of scientists investigate a deadly new alien virus before it can spread.

Review: A satellite from space crashes in a little town in the desert, and within minutes, everyone in the town dies. A military convoy goes to retrieve the satellite, and they die as they approach the town. In doesn’t take long for the military to send a jet flying over the town, and the recon mission shows that something terrible has happened as a result of the satellite’s crash landing. A crack team of elite scientists are assembled overnight to study the retrieved satellite (a painstaking process, which includes the discovery of two survivors in the town – a baby and a vagrant), and they’re quarantined in a medical laboratory deep in the earth where a nuclear bomb can be triggered if there’s a containment problem. Each scientist works around the clock over the next few days as they study the bacteria the satellite brought back from space. Every step and process must be gone over with a fine-toothed comb, as the virus within the satellite almost instantly kills anything that breathes the air around it. When they realize that the virus is big enough to see, they are horrified to find that it is growing, and if they don’t stop it immediately, the nuclear bomb in the facility will obliterate them all as a safety precaution.

Michael Crichton’s slim scare novel became a bit of a phenomenon and kick started his writing career, not to mention his career in the movie business. It seemed like he became a household name shortly thereafter with hits like Westworld, The Great Train Robbery, and others before he hit the mega stratosphere with Jurassic Park two decades later. Robert Wise (Star Trek: The Motion Picture) directed this drawn-out viral procedural (the first of its kind, really), which seems to go over every single detail in a protracted manner. The pace of the movie is at times quite lethargic and slow, but the overall effect (especially for its era) is pretty strong. It’s definitely one of those movies that needed a tighter, edgier remake, and indeed there was a miniseries that was made some 30 years later.

Arrow Video has just put this title out on Blu-ray in a new restoration, and comes with a new audio commentary, a filmed appreciation, archival featurettes, trailers, and more.