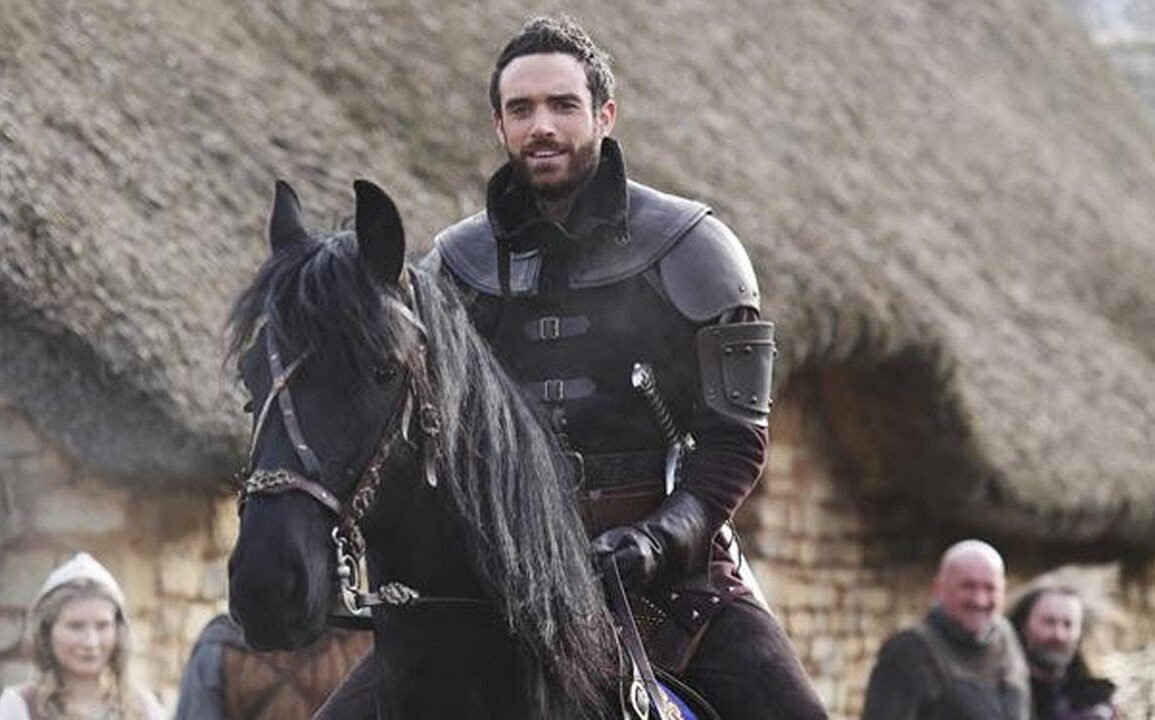 A great send-up of medieval adventure stories with some great laughs, memorable characters and catchy tunes.

Plot: Galavant (Joshua Sasse) embarks on a series of adventures while trying to retrieve his lady loves.

Review: Going into this one, I had heard a lot of good things about it. It’s funny, this is exactly the sort of show I would have loved to watch live, but television continues to be my kryptonite, and I am actually watching less and less television than ever – that speaks to not only the quality (or lack thereof) of shows nowadays but also to the time commitment to put into a show. Even a show like Galavant, which lasted only 2 seasons and 20 episodes in all (and those were of the 22-minute variety), I didn’t catch when it aired.

And that’s a shame because Galavant is really a terrific show. It features some great laughs, an exceptional cast with some surprise cameos, and a few decent tunes. Yes, it’s a comedy-musical, with music and lyrics from Glenn Slater and Alan Menken. I didn’t know Slater before this show, but Menken has been around forever and contributed to a litany of famous Disney songs. While I wouldn’t say that any of the show tunes in this one topped the ones he did for the House of Mouse, they were appealing and usually quite lively and imaginative, which is all you can ask for from this sort of format.

As for the characters, Timothy Osmundson steals the fricking show as King Richard, the bad guy from Season 1 who turns good in Season 2. Osmundson, who some may know also played Cain in Supernatural, shows a different side than the menacing character who terrified watchers of the latter show. He is just so innocent, goofy and hilarious and is the highlight of the entire series run. Vinnie Jones, who plays his best friend, is also great and shows a different, lighter side than his gangster roles in Guy Ritchie movies. The rest of the cast is great as well, with Mallory Jansen (who was a villain in the Agents of SHIELD series) also standing out as the somewhat evil queen. As for the surprise appearances, I think the best one was by Weird Al Yankovic, who played the lead in an order of monks who had taken a vow of singing. Just that part tells you how zany he is, as he is in almost every other role he’s appeared in.

Regarding the laughs, there are quite a few. I think the most I laughed was in the second episode of Season 1, where Galavant (who has worked out so much he can barely raise his arms) is to have a jousting match with Sir Jean Hamm (played by John Stamos), who is extremely hungover. The resulting contest is absolutely frigging ridiculous, and I was laughing so hard I missed parts of the actual match. The show is very clever in its humour, and you’ll get things like the pirate crew who are stuck on land and the chef standing up all night, waiting for a girl to give him an amulet that she promised to provide him with (before bursting into song and then going to bed). There are a lot of really clever moments in the show (and of course, who can forget the bar run by Kylie Minogue), and it speaks to the quality of the writing.

It is a shame that this show only lasted two seasons (and that they made it to the second season was a surprise in itself – they make reference to it in the title of the first episode for Season 2), but the show does end properly (sort of) and while it would have been great to see what would have happened with a couple of the characters, I feel like you can walk away satisfied that the bulk of the story was told. All in all, Galavant is a breezy good time and will entertain you with its clever, goofy antics that remind you that sometimes, television shows can just be entertaining without needing a message or agenda.