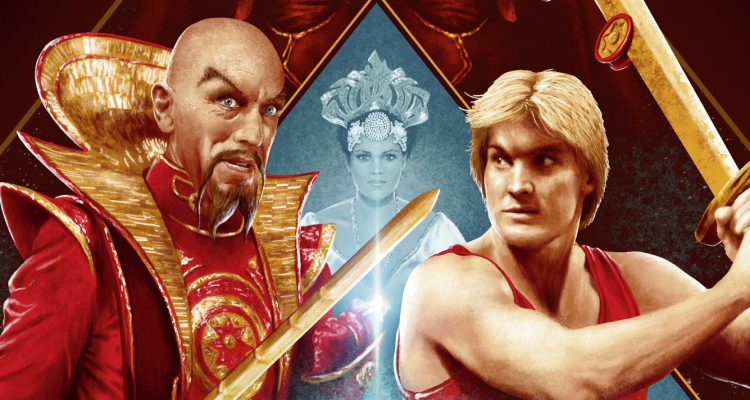 A huge, colorful, and expensive-looking comic strip come to life, Flash Gordon from director Mike Hodges and producer Dino De Laurentis is a goofy good time, and while it’s a little clunky, it was the ultimate popcorn movie of the early 1980’s, post Star Wars.

Merciless Emperor Ming decides to wreak havoc on Earth in a moment of cruel boredom. Boarding a rocket as a means of escape, star quarterback Flash Gordon, Dale Arden and Dr. Hans Zarkov find themselves on Mongo.

Football star Flash Gordon (Sam Jones, but dubbed by another actor), a pretty journalist named Dale Arden (Melody Anderson), and a mad scientist named Hans Zarkov (Topol) board a rocket ship just as Ming the Merciless of the planet Mongo (Max Von Sydow) sets his sights on Earth to destroy for the fun of it. The rocket lands on Ming’s planet, where right away the earthlings get a taste of Ming’s madness. Everyone on Mongo – every race, creed, and species – must pay homage and be a virtual slave to Ming, but Flash bucks the trend. Sensing that Flash is going to be a problem, Ming has him incarcerated and tortured to death, and he decides to make Dale his next bride. The good doctor Zarkov has his mind wiped, and things look hopeless if it weren’t for Ming’s sexy daughter Aura (Ornella Muti), who save’s Flash’s life in the nick of time because she wants to make him her boy toy, and when that goes a little haywire, Flash goes rogue and recruits the winged hawk men (led by the great Brian Belssed) and the tree people (led by Prince Baron, played by Timothy Dalton) to team up and overthrow Ming in a one-time-only effort that will require a lot of heart, a little humanity, and a whole lot of flash and pizzazz.

A huge, colorful, and expensive-looking comic strip come to life, Flash Gordon from director Mike Hodges and producer Dino De Laurentis is a goofy good time, and while it’s a little clunky, it was the ultimate popcorn movie of the early 1980’s, post Star Wars. Queen, one of the biggest bands in the world at the time, provides a bunch of classic rock music for the film, although Howard Blake did some of the score. A bona fide cult classic (probably because of how outlandish and tongue in cheek it is), it will go down in history as a faithful adaptation of one of the most well-known comic book and serialized heroes of its age.

Arrow Video has just released a two-disc limited edition box set release of Flash Gordon, and it’s a heavy hitter. The transfer is crisp in a 4K restoration, with some special effects touch-ups (the transfer was so clean that the wires in some scenes were digitally removed), and the movie has never looked or sounded better. With commentaries (both archival and new), documentaries, interviews, deleted scenes, alternate endings, a cast and crew reunion video, storyboards, and everything else you can think of is included in this release. There’s also a double-sided fold-out poster, and a thick essay booklet in the hardback sleeve. The second disc is the documentary Life After Flash, which chronicles Sam Jones’s experience and life after his time making the film. This particular disc is a limited edition exclusive. Also available is a 4K Ultra HD version of the feature film, sold separately in its own limited edition box set. 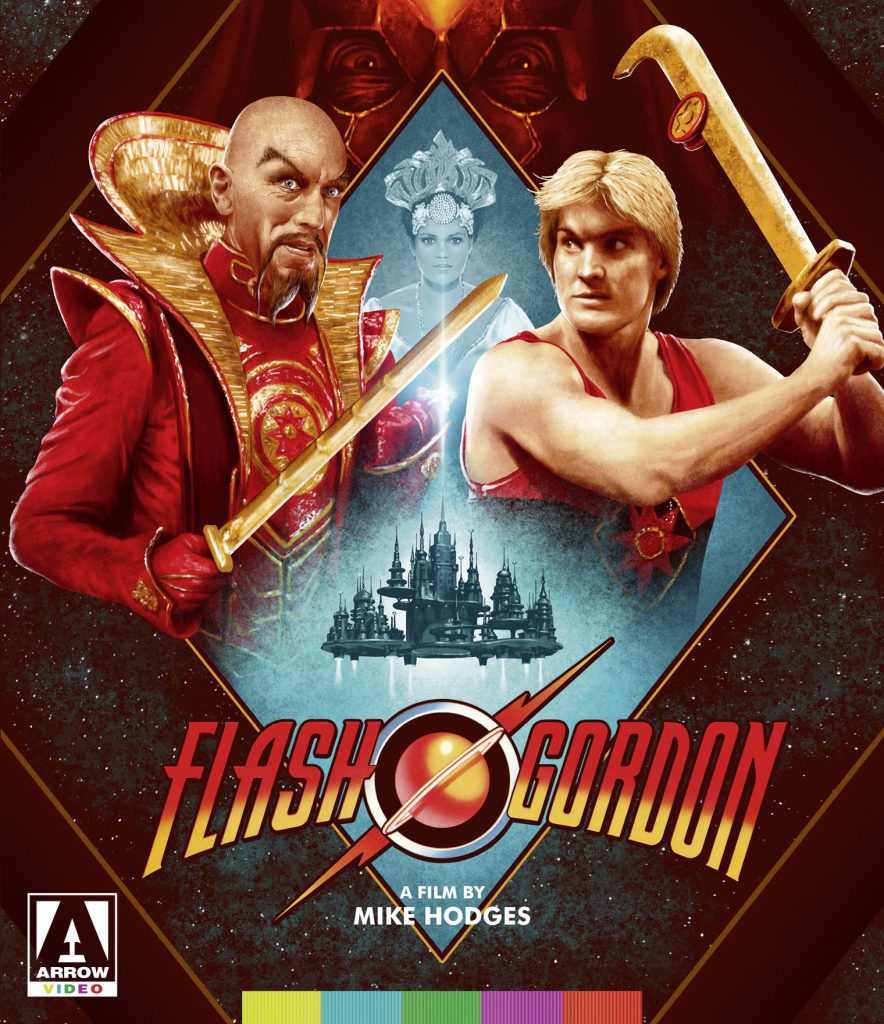