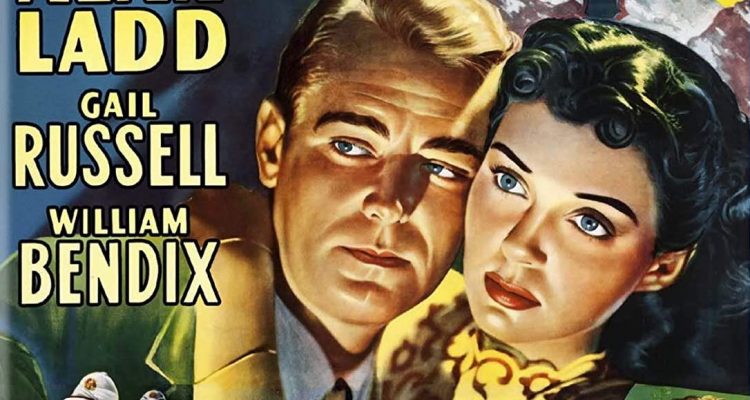 While these aren’t necessarily classic “film noir” films, they all have good stories and performances. Calcutta is the highlight of the three.

When their friend and fellow pilot Bill is murdered, Neale vows to play judge and jury and bring the criminals to justice himself. Along the way, he meets Bill’s fiancée Virginia and becomes suspicious of a deeper plot while also falling for her charms.

Three cargo pilot buddies whose regular destinations are Chungking and Calcutta tend to meet up at various watering holes where all the scum and villainy hang out in between work jaunts. Neale (Alan Ladd) and his buddy Pedro (William Bendix) are stunned when their third musketeer Bill is murdered in an alley in Calcutta the night after they met up for drinks in Chungking, and it spurns both of them into action. They want revenge, but first they have to navigate the murky politics of the corrupt police agencies and various shady characters that their pal Bill was associating with. New to the mix is Bill’s pretty (and young) fiancé Virginia (Gail Russell), who is a sweet girl all befuddled by the intrigue and danger surrounding Bill’s death. When Neale and Pedro come calling asking questions with their fists raised, they upend a dark smuggling operation in their midst, and the arrow signs seem to point one way, but when Neale begins falling for Virginia, those arrow signs get a little screwy.

A solid atmosphere of danger and adventure makes Calcutta a sure thing for fans of noir. The surprise ending is satisfying too. Ladd always made a stalwart hero, while Bendix is a perfect sidekick for him. Ladd, while of sleigh build, looks great on screen, and he was one of the best of his class from that era. This is the stuff that men’s adventures were made of. John Farrow directed it.

A respected judge goes on trial for the mercy killing of his terminally ill wife.

For decades, judge Calvin Cooke (Fredric March) has been a pillar of his community, and he begins to see a new breed of lawyer out there defending the innocent in such a way that he hasn’t seen before. His own daughter (played by Geraldine Brooks) has set her sights on marrying a relatively young upstart attorney (Edmond O’Brien), and his wife Cathy (Florence Eldridge) loves him dearly, but their lives are thrown for a loop when Cathy goes to the doctor one day to check on some disturbing headaches and symptoms she’s been having. The doctor confides in Cooke that Cathy has a terminal disease that will end horribly for her, and Cooke decides to keep the news from his wife for as long as he can. He tries to romance her and rekindle their love by taking her on a trip, but when he sees how the disease is eating away at her, he considers the unthinkable: Killing her mercifully so that she doesn’t have to suffer anymore. When he crosses the line on a moral ground and Cathy dies, he promptly turns himself in for the murder of his wife, and a speedy trial is set up to determine the judge’s guilt or innocence. His daughter’s boyfriend takes the case and must do everything in his power to defend his soon-to-be-father-in-law.

Only in the 1940’s could a movie with such a strong moral compass be made. I’d hardly qualify this as a film noir, but would call it a legal melodrama instead, and while it’s being advertised as a noir, I really wonder why. It’s based on a novel, and when it was released it was a controversial film (still relevant today), and it leaves the last few minutes of the movie for March to give a monologue on his morality and his guilt, and his promise to judge not just according to the law, but according to the heart. From director Michel Gordon.

The emotional story of a lifelong friendship between a Boston rookie cop and a young street-wise delinquent.

Rookie cop Edward Gallagher (George Nader) shoots a juvenile delinquent after a robbery, and the kid survives, but won’t ever be able to have children, and the media and the police department put Gallagher through the wringer. Feeling guilty, but justified for his actions, he befriends the kid, named Jerry Florea, who happens to be an illegal immigrant. Taking him under his wing, Gallagher tries his best over the course of a decade to correct Jerry’s path, but the kid grows up to be a crackerjack criminal. As an adult (played by Tony Curtis), Jerry sees Gallagher as a father figure, but also as someone he can trust with information against his enemies. Jerry becomes Gallagher’s personal stool pigeon, and their relationship is beneficial only on a professional level. Gallagher grows cold towards Jerry, who refuses to walk the righteous path, and as Gallagher’s career blossoms and he’s promoted over and over, so too does Jerry’s life as a thief and criminal mastermind flourish. When Jerry is sent to prison for a number of years, Gallagher is the only one on the outside who cares to visit and counsel him, but as soon as Jerry gets out of prison, he gets into his old tricks, only smarter and more cunning than before. After another stint in prison, he emerges once again years later, and that’s when he begins to pull off major million-dollar heists that no one can solve … except Gallagher. After one massive haul that goes unsolved, Jerry decides to abandon crime and walk a straight path, and even gets married, convincing Gallagher that his old friend might indeed be on the right path at last. But when an armored car robbery is pulled off with precision and in Jerry’s old style, Gallagher realizes that he has to expose Jerry for what he has always been, even if it means destroying their friendship forever.

A solid melodrama with a good story and excellent performances from the two leads, Six Bridges to Cross (not sure what the name refers to) doesn’t really feel like a film noir to me, but with its elements of crime and criminals, I suppose it qualifies. Curtis shines as the likable rascal, and Nader is stalwart as the incorruptible cop. It’s based on a play, and still holds up pretty well for today’s audiences. From director Joseph Pevney. 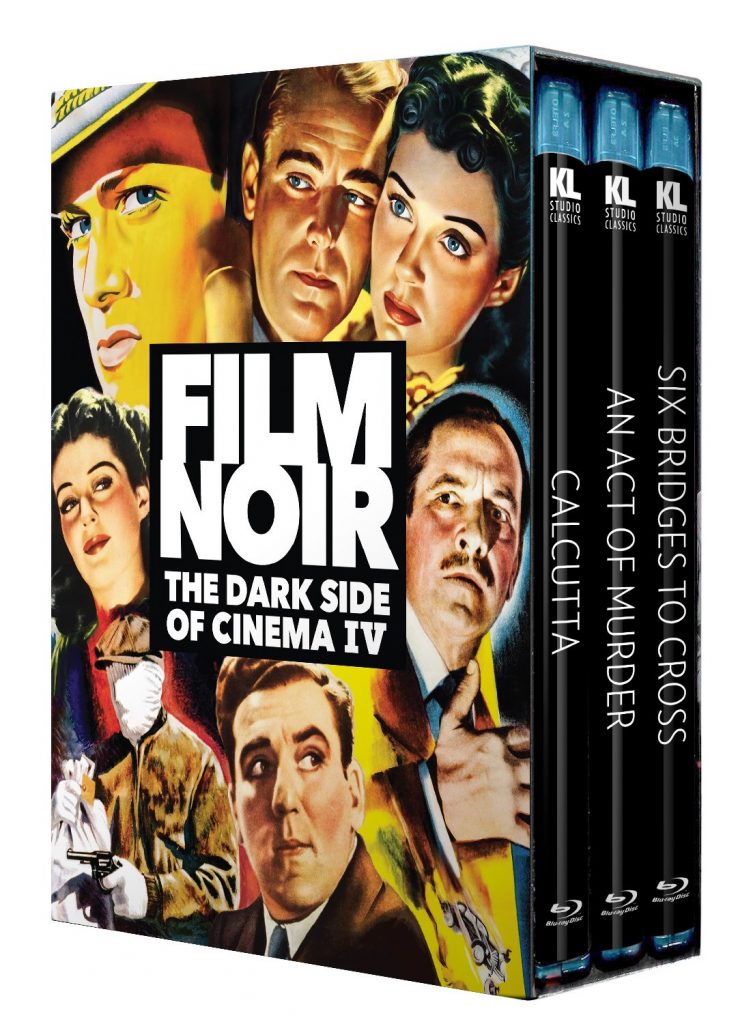