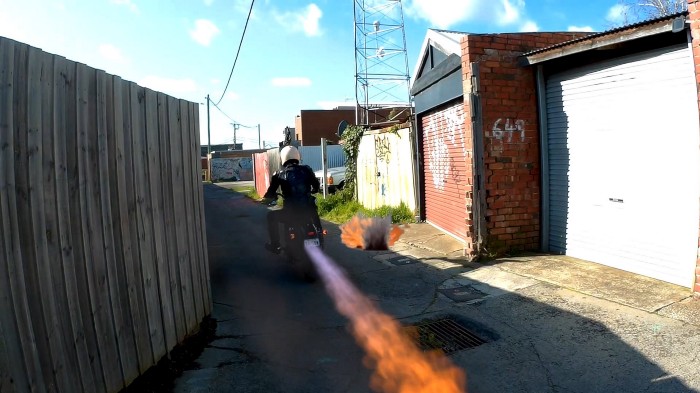 Toxic Alien Zombie Babes are Going to Blow You Away!

While many of the big Hollywood film sets have shut down due to the covid-19 restrictions, one plucky little team from Melbourne, Australia is forging full steam ahead. Image for post

David Black and Gerardo Chierchia have been working hard on their brand new feature film — “Toxic Alien Zombie Babes From Outer Space.”
Black said, “There have been a few features made during lock down but most have been full of zoom footage and self shot talking heads on the iphone. This one is different and blow people away.

Black isn’t joking either. We’ve been treated to a first look at some of the pics and it looks amazing. There’s everything from ufo battles and murder hornet attacks to zombie rampages. This
is a film that delivers action and schlocky humour in abundance.

A link to the test footage of the opening scene of the film — https://www.youtube.com/watch?v=9OQn_f9WfUY 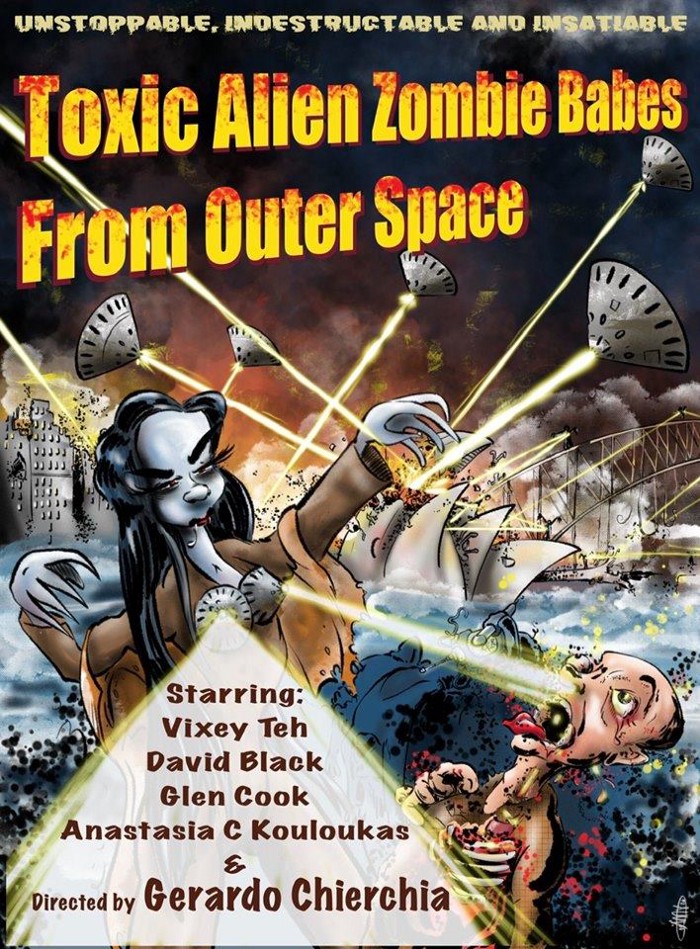 Toxic Alien Zombie Babes is being filmed remotely, both in Melbourne and by crews around the world from Nigeria to New York, all according to David Black’s script and under the direction of Gerardo Cherchia. Rather than using Zoom to do the actual filming, Chierchia is using it to direct.

“I’m amazed that I’m currently working with actors world wide whose indie films I’ve seen but never expected to be in a movie with. Normally, you have to be in the same location, and with indie
budgets, overseas travel is usually out of the question”, Black said.

Gerardo Chierchia added “We have been starting this project for weeks now. Here in Melbourne we are in lock down, so we have some time to devote to the production of the film. We have to organize everything virtually … I am a “Virtual Director” (does this profession exist?) And my chats, like David’s, are open to people from all over the world. …
We have already received part of the film from France, Spain, USA, Canada and Australia. I must say that they are all very good both in interpreting the characters and in filming the scenes. Plus I started with Special Effects … we have UFOs, military, civilians, battles, big insects that kill, giant zombies etc etc … all fighting each other.

Lasers, bullets, explosions, dead people … destruction … UFO exploded and shot down … destroyed buildings … collapsed bridges …. in short … we have to work a lot with special effects.
I’m not really an expert in this field … but I spend most days on the computer trying to do my best. However, the whole thing is a great job. And I hope for a great final result.”

Many film fans have already noticed the supply of new movies is dwindling. Some platforms are bringing back old favourites but there’s a limit to how many times people want to watch the same movies over and over again. Toxic Alien Zombie Babes From Outer Space is fresh, topical and different. It will be available around November and this will certainly give everyone
something to look forward to.

You can keep up to date on all the Toxic Alien Zombie Babes From Outer Space developments here — https://www.facebook.com/ToxicAlienZombieBabes