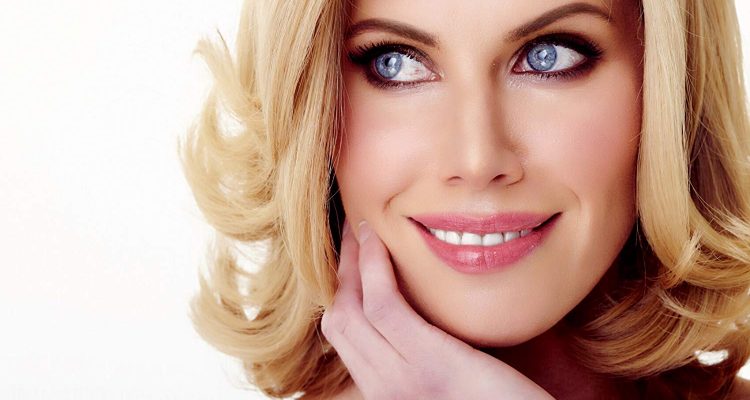 In ‘’2050’’, opening in Los Angeles this week, model and actress Stefanie Bloom plays a robot constructed with the pure purpose of serving her owner. As the beautiful thesp explains, robot or not – it’s a part she could definitely relate to.

Tell us how you got into acting, Stefanie?

I got into acting at the early age of 9. It’s something I’ve always enjoyed and knew I wanted to do since I was young. I started in commercials and modeling. And it progressed into film as I older. Film and Tv are what I enjoy most.

And at that stage did you have an idea of what ‘types’ of films you’d like to make?

I’ve always had a liking for films that could bring variety to my resume. So, at that stage when I heard about 2050 I had not done anything in the sci-fi genre and was instantly attracted to it.

Being a sci-fi film, were you a fan of sci-fi films like 2050 before signing on?

I was always a fan of sci-fi films like 2050. I enjoy seeing what futuristic elements movies like 2050 bring and this one stands out to me like the terminator and blade runner does for so many.

Sophia is whoever Michael wants her to be. That’s her function and purpose.

How could you relate to her?

I can relate to Sophia in a way where in any sort of companionship you want to please the other person, thing or entity. Sophia was created to please Michael and I can apply that in all aspects of life. Relationships, work and anything in general.

Ironically, this movie features Dean Cain – TV’s Superman, and you’ve also been on Gotham. Now that you’ve worked with both Batman and Superman, which superhero would you like to work with next?

HA! That’s a great question. If I could work with a super hero, I think Wonder Woman would be next on my bucket list!

Have you ever auditioned or tried out for a superhero role? You have such a great look!

Thank you! I would love to audition for a superhero role. If not for being the most fun role I could want to do, my kids might think I’m cool for once!

What do you believe the message of 2050 is, Stefanie?

The message of 2050 is more about the fact that people find their happiness in different ways. What works for one person won’t necessarily work for another. With an open mind-It will leave you wondering for sure