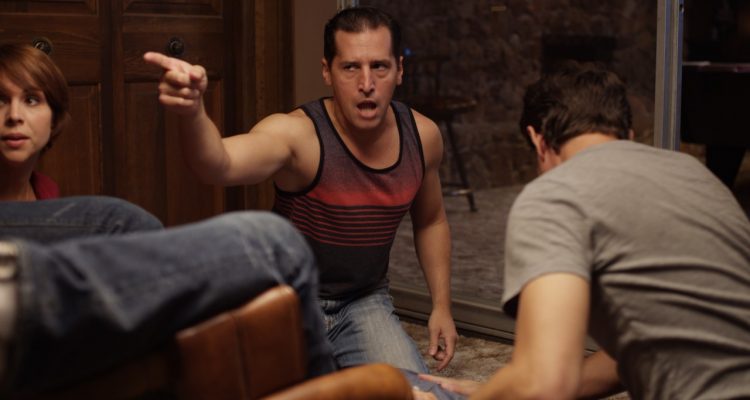 The Drama Club (out now from Leomark Studios) is “about a group lost somewhere between Gen X and Millennials” says writer/director Joe McClean.

We’d be remiss to not ask how much of an influence Lawrence Kasdan has been on your career, if even the film?

Raiders. Return of the Jedi. French Kiss. Wyatt Earp. The Bodyguard. I think most filmmakers are influenced by Kasdan in some way. It’s true The Drama Club is directly influenced by The Big Chill. Well, except for the “every single actor in the movie is famous” aspect. I couldn’t quite pull that off. Kasdan tells personal stories even when they’re wrapped in an outer space adventure or a shoot out at high noon. I love that about him.

Is it difficult, when doing a film like this,  to try and attack the story a different way than The Big Chill did?

It was less hard to avoid being The Big Chill than it was being every other indie filmmaker who made a talky ensemble drama that all took place in one location because that’s all they could afford. What I had going for me that was different than The Big Chill was that movie is about Boomers hitting mid life crisis. The Drama Club is about a group lost somewhere between Gen X and Millennials. Different people dealing with different things.

This would seem to be a mix of genres. That fair to say?

It’s absolutely fair to say The Drama Club mixes genres. Personally I view it as more of a drama. The comedy comes from life. In real life humour doesn’t just vanish when dramatic things happen. Lots of people use jokes to deal with drama.

How did you decide on the tone? Hard balance?

I certainly needed the funny, fun, friends-hanging-out aspect of the movie because I need the audience to fall in love with the characters before the real heavy stuff starts to unfold. If you don’t care about the people, then you won’t care when they go through something dramatic.

Where did you discover the cast? Audition process?

Where was the movie made?

We shot the movie just outside of Fresno. The lake in the background of some of the shots is Pine Flat Lake.

And you’ve some great music in there, too. Can you tell us about the artists?

Originally we wanted to have an entire soundtrack of 90s hits. When we started seeing how expensive that was we settled on our favorite: The Freshman by The Verve Pipe. That song really sets the tone for when this group of friends met. Then we looked for musicians that had a similar feel. We found two Scottish musicians; Scott Peden (Give Me the Future), Jamie McGeechan (Fire Me Up Now). Another great song we used was You Are Not My Maker by Freddy and Francine. Of course I’d be doing a disservice to the music if I didn’t mention the man who wrote the score and a handful of songs throughout, Michael Teoli. He really set the feel and tone for the whole movie.

If independent films were recognized more by the academy, there’d sure to be a couple of nominations amongst your cast. Who, of the ensemble, do you believe might really break out after The Drama Club?

Are you trying to get me in trouble with friends I’ve known for decades? I like that the big prize at the SAG Awards is for Ensemble. The Drama Club certainly falls into that category. But if you really twist my arm, I guess … Just kidding. I love them all. I’m certainly interested who YOU think were the standouts though!