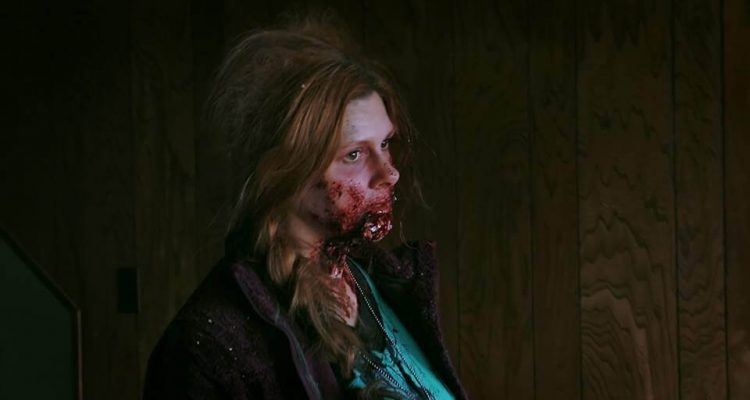 Almost everything about the movie is junk. None of the seven stories stand out. Poor quality in every regard.

Plot: The recently deceased rise, feasting upon the living as a zombie outbreak spreads across the globe.

Review: A short film anthology with a wrap-around segment documenting the zombie apocalypse as seen on the ground level of New York, Empire State of the Dead is a head-scratching attempt to get gritty and down and dirty with seven vignettes. A mob boss sees the zombie outbreak as an opportunity to seize control by undermining rescue efforts by the military. A drug-addicted marauder has no idea the apocalypse is in full swing, even while robbing and murdering for nickels and dimes, but he gets a serious wake-up call after robbing the wrong folks. A man wanders into a house where he stumbles into a disgusting sex situation involving intercourse with a zombie. A face-painted band of raiders seeks to stir up chaos wherever they go, and both zombies and human survivors alike will tremble in their wake. These lowbrow stories and more fill out the nearly two-hour running time of this collective effort.

Scuzzy and negligible on nearly every count, Empire State of the Dead isn’t for mass-market consumption. It was made by low-grade indie filmmakers for purveyors of very low-grade material. There is absolutely no nutritional value to this film, but at the very least I sort of appreciated its many pop culture references. I dread watching no-budget zombie apocalypse movies. Most of the time they’re just awful, and Empire State of the Dead proves the fear correct. Directed by Ron Bonk, Alexander Bell, Chad Foster, Howard Gromero, Chris Irvine, Stephen Long, Geoffrey Orlowski, Andrew Peters, and more.