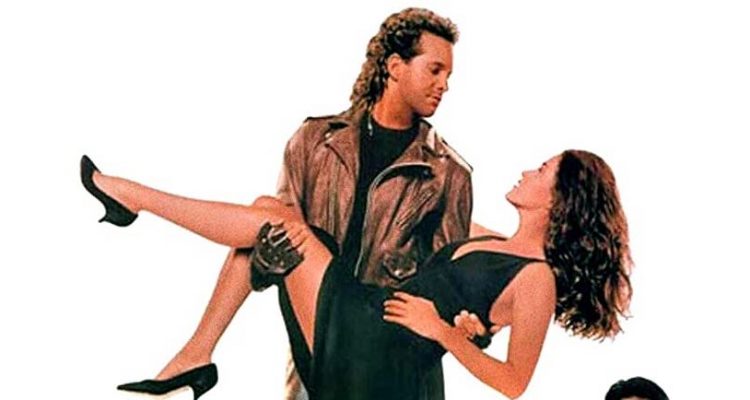 It’s become exceedingly rare to find a movie that’s not cynical these days, but going back in time to decades past it’s not so hard to find movies that wear their hearts on their shoulders, and this is one of them.

A romance novelist takes on a seemingly impossible project: To transform her sickly, unattractive brother into a stunning rogue who can attract the woman of his dreams.

Cartoonist Gus (Steve Guttenberg) has spent the last two years fighting Hodgkin’s disease, and he’s lost all hope of ever being the kind of man who could attract a good looking woman. He’s pale, dumpy, completely bald from years of radiation treatments, and his self-esteem is in the trash. His sister Lizzie (Shelly Long) is a best-selling romance novelist, and she’s turned Gus into her pet project. She meets an attractive journalist named Emily (Jami Gertz) who she thinks would be perfect for Gus, but when she has them both over for dinner, their meeting is a complete disaster. Emily is almost repulsed by Gus, but Gus falls head over heels in love with her, but has no hope of winning her heart in his condition. Lizzie develops a routine for Gus: Exercise, good eating, and gives him a whole new look as he begins to get stronger and healthier. She also has him work on a New Zealand accent and gives him a bogus backstory: He will become a motorcycle rogue named Lobo in need of a green card, and when he blossoms into a real-life romance novel cover model he’s ready to win Emily’s heart. And sure enough, Lobo sweeps Emily right off her feet and gets her to fall totally in love and lust with him, but because Gus is such a sweet guy, he feels guilty about the deception, but will the truth shatter Emily’s heart … or win her over?

When I saw Don’t Tell Her It’s Me when I was about eleven or twelve years old in the early ’90s, I absolutely loved it. I remember thinking it was a great movie, and then I forgot about it for several decades until recently when I started trying to find movies I used to love when I was a kid. As I watched it again last night for the first time in close to 30 years I was reminded how much of a gem it is. I laughed my ass off – so hard I lost my breath during the dinner table scene – and I completely lost myself in the sweet story, so much so that I felt vindicated for my original assessment of the movie all those years ago. I was concerned that watching the movie again would reveal that the movie was silly or not at all what I remembered, but I can gleefully relate that the movie is even better than I thought. It’s become exceedingly rare to find a movie that’s not cynical these days, but going back in time to decades past it’s not so hard to find movies that wear their hearts on their shoulders, and this is one of them. There’s not a cynical bone in this movie’s body, and I loved Guttenberg’s performance and his transformation in it. He usually plays a cocky, self-sure yuppie, but here he’s a grubby, chubby, loser until he finds his way to a gorgeous woman’s heart. I miss the ’90s, and this is one of the undiscovered classics as far as I’m concerned. I loved every minute of it. From director Malcolm Mowbray, and based on a book called “The Boyfriend School” by Sarah Bird.

Code Red’s new Blu-ray release of Don’t Tell Her It’s Me comes with a few little bonus features, like an alternate title sequence, a trailer, and a reversible cover sleeve. Add this one to your collection! Thank me later. 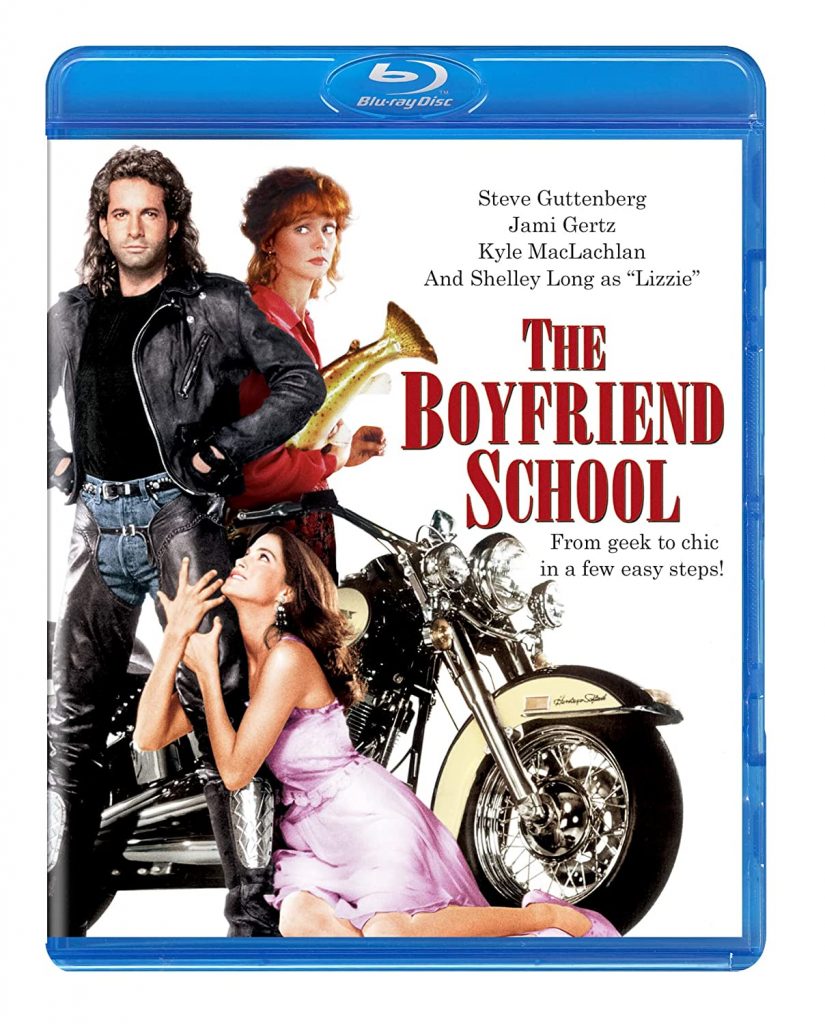