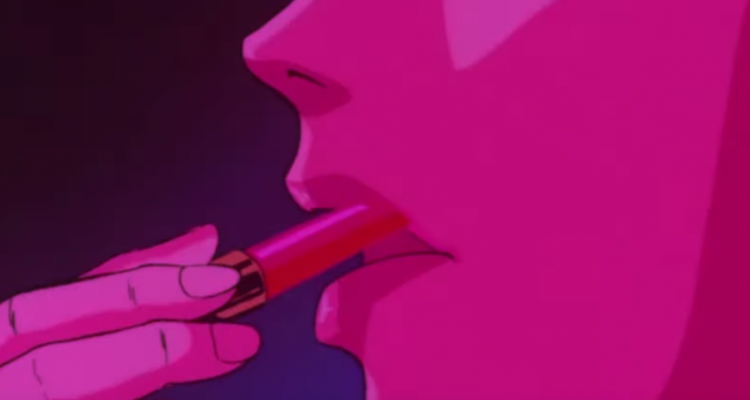 “Via our distribution partnerships, we are able to provide classic anime fans with a vast library of the best series and films available in the world today,”said DMR CEO David Chu.  “The launch of RetroCrush further cements our company’s leadership position in the classic anime genre.”

RetroCrush comes online March 27 with popular anime titles from the 70s, 80s and 90s.   It will be available as a free, ad-supported video on-demand (AVOD) service.  Will Chao and Mary Gibson are RetroCrush’s content curators, with Selin Kilic and John Stack providing acquisitions support.

Remarked RetroCrush curator Will Chao, “What makes this channel exciting is its focus on shows that have exhibited an influence on the creation of the current crop of hit anime series.”  Added co-curator and head of acquisitions Mary Gibson, “As a longtime anime devotee, I’m always uncovering classic series that are as fun and exciting as many of my current favorites, and we’re eager to share those shows so that other fans can discover them too.”

RetroCrush programming highlights at launch include:

• Devil Lady (TV series, 26 episodes) – A supermodel attacked by a monster which brings her inner devil out is recruited by a secret government agency to help them fight the demonic forces that secretly threaten Japan and the world.

• Magical Emi, the Magical Star (TV series, 38 episodes) – Elementary student Kozuki Mai is eager (but too young) to be a magician and perform in her family’s magic act. But a magical encounter gives her the power to turn into the 18-year-old magician “Magical Emi.”

• Persia, the Magical Fairy (TV series, 48 episodes) – 11-year-old Persia grows up among the animals of the Serengeti in Africa.  Returning to Japan with her family, she is summoned to “Lovely Dream”, the land where dreams are born and grow, to help become its protector.

• Pastel Yumi, the Magical Idol (TV series, 25 episodes) – Gifted with a magic cane and  pendant by flower fairies, schoolgirl Yumi can now summon anything she draws with the cane into reality.  But her mischievous nature has a way of getting her into trouble sometimes.

• Cybersix – A genetically engineered super-soldier; one of the creations of the former Nazi Dr. Von Reichter’s diabolic experiments, rebels against her creator and vow to protect the world from his evil creations.

• Cat’s Eye – The three Kisugi sisters rob art galleries as the smart and mysterious thief “Cat’s Eye” in the hope that his works can give them clues about their artist father’s mysterious vanishing.

• Urusei Yatsura 2: Beautiful Dreamer – In this movie sequel to the beloved ’80s anime series, teen alien Lum and her earthling friends find themselves stuck reliving the same day over and over.  Directed by Mamoru Oshii (GHOST IN THE SHELL).

• Black Jack: The Movie – A genius (but unlicensed) surgeon specializes in super-powered mutant medical cases, uncovering a dark conspiracy along the way, in this movie adaptation of Osamu Tezuka’s legendary manga.

• Golgo 13: The Movie – This action-packed anime tells the story of a hitman who becomes the target of American soldiers and superhuman killers after killing the son of a powerful oil tycoon.

• Arcadia of My Youth – Returning to Earth from the front lines of an interstellar war, Captain Harlock finds that his home has been occupied by an oppressive alien species, The Illumidus Empire.

• Galaxy Express 999 – The adventures of a brave young boy who travels from planet to planet in a determined quest to avenge his mother’s death.

• Space Adventure Cobra – Based on Buichi Terasawa’s 1978 manga Cobra, specifically on Cobra involvement with the Royal Sisters, and his fight against Crystal Boy, which was the first major arc of manga.

With many more to come!