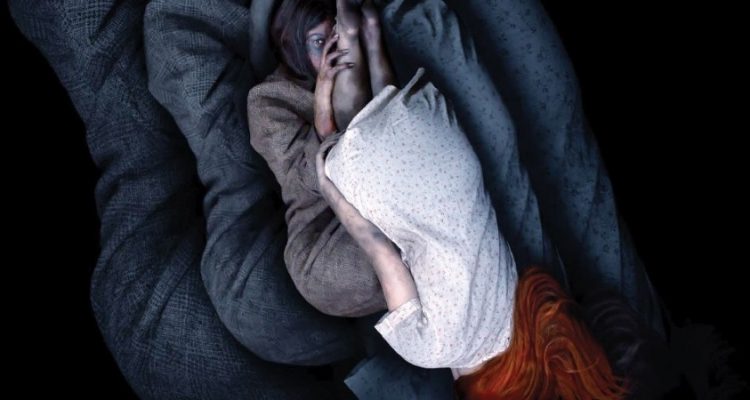 Darlin’ stretches credibility at some points and the church makes for an easy target but McIntosh & Canny are is great in their roles.

Plot: Found at a Catholic hospital filthy and ferocious, feral teenager Darlin‘ (Lauryn Canny) is whisked off to a care home run by The Bishop (Bryan Batt, AMC’s Mad Men) and his obedient nuns where she is to be tamed into a “good girl.” However, Darlin‘ holds a secret darker than the “sins” she is threatened with, and she is not traveling alone.

Review: Dropped off at a hospital by her surrogate mother, feral, speechless girl Darlin’ (Lauryn Canny, a real find) is nursed back to health by hospital staff, despite being a clear danger to everyone around her. She’s like a caged wolverine: deadly and unpredictable, and doesn’t understand civilization in the least. A Catholic school agrees to take Darlin’ in, and the Bishop of the school turns her into a project, hoping to civilize her as according to his strict and abusive doctrine. Darlin’ shows progress in time, but her innocence and ignorance puts her in the Bishop’s evil crosshairs for abuse. When the Bishop realizes that she’s pregnant, he grows to hate her and “the devil inside her,” and plans to make a spectacle of her indoctrination. Meanwhile, Darlin’s surrogate mother (played by this film’s director Pollyanna McIntosh) prowls the city, looking to reclaim her daughter and the child she carries, and as she gets closer to finding her, the collateral damage piles up around her as she murders (and sometimes eats) anyone who stands in her way.

A direct sequel to Lucky McKee’s outstanding film The Woman, which was in itself a sequel to a film called The Offspring, also with McIntosh as the same character, Darlin’ follows the intense trajectory of McIntosh’s character, while focusing on the young woman she stole as a child in The Woman. This film’s mission is to tear down religious institutions and male patriarchy, while instilling praise and power to matriarchy and progressive agendas. Ultimately, it’s a fable with horror overtones (much like The Woman was), and it works on that level, but not really beyond that. Any time I see the church attacked by presenting pedophile or sexually deviant characters, I immediately tune out; it’s such a tired cliché at this point, that I dare a filmmaker to present a person of the church as a good and honorable person, but I get what this movie is doing. It’s just completely unoriginal on that front. And to believe that a character like McIntosh’s Woman character could exist in our world in the way she carries on in public (we see her shoplifting, approaching children at the park, murdering policemen in broad daylight, etc.) is a hard stretch of the imagination. She’d be tracked down and eliminated in a heartbeat, but again, this is a fable, so you just have to go with it. McIntosh is great in her role, as is Canny, who can have a great career ahead of her. The film ends on an open-ended note, so I wouldn’t be surprised if they made another entry.