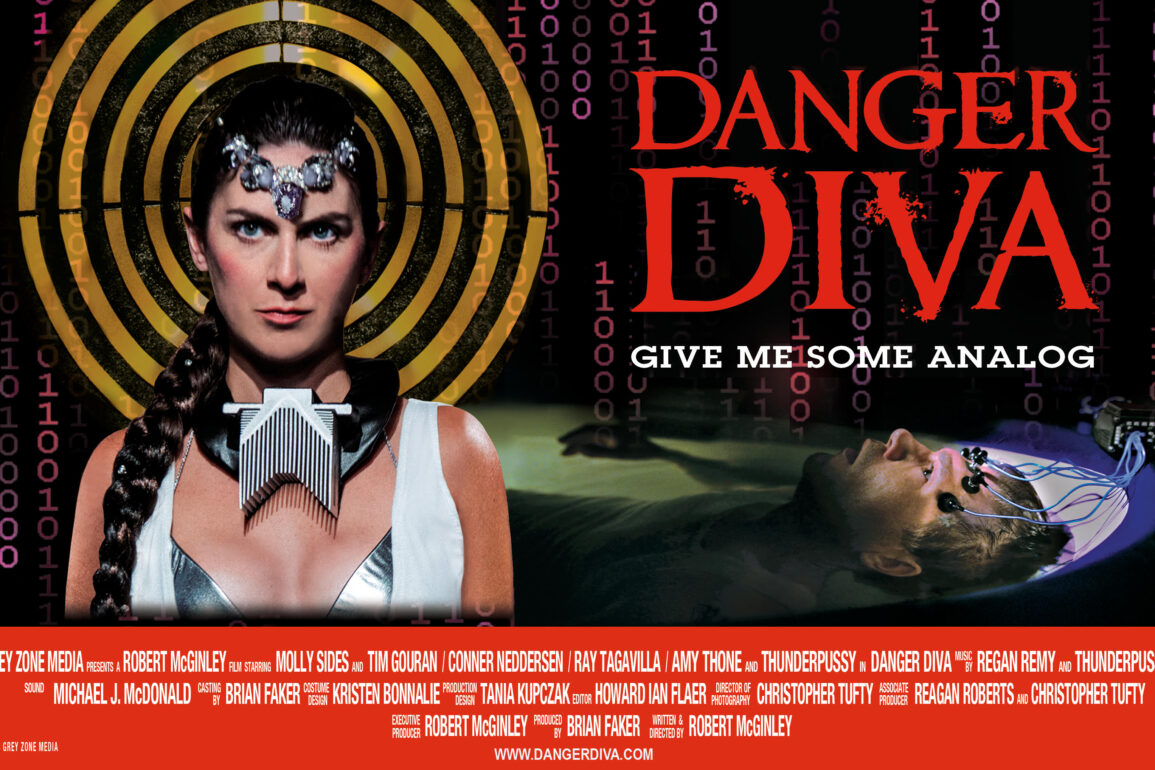 Robert McGinley (Shredder Orpheus, Jimmy Zip), Grey Zone Media and Alpha Dogs present Danger Diva, a sci-fi thriller surrounding the corporate, high tech music world.  Molly Sides (the real life lead vocalist of the rock band Thunderpussy) stars as Devi Danger, a rebellious lead singer for a struggling punk rock band who bombs during a separate audition but happens to be a fit for a mysterious corporate music entity owned by Stanley Arkoff, portrayed by Tim Gouran (Grimm).  Arkoff offers to be Devi’s benefactor for a bold new approach to music under two conditions: the first being a high tech vocal modification to deliver a unique sound to his brand, the second being more of a mystery related to Arkoff’s impending mortality and thus an ulterior motive in what the project is really all about: Arkoff’s doctor and assistant, Dr. Yamachi (Ray Tagavilla, Rocketmen) presents him an option to combat his terminal illness by transferring his consciousness through a genetic match.  Only through Devi’s cooperation – willing or not – can this plan finally go into motion.  This all results in a wild ride with the wealthy elite and a symbolic suggestion of the average pop music consumer adding up to little more than binary code, the depths of which are fleshed out throughout the film.

A futuristic, metaphorical cautionary tale warning of the slippery slope of the corporate, high tech pop music industry, Danger Diva plays like a live action anime feature from decades prior.  Themes concerning the corporate world, the wealthy elite and the appearance of having “sold out” show themselves in not so subtle fashion, and many of the supporting characters do a fine job of either condoning, complaining or rebelling against where some characters and trends seem to be going.  Some stylistic elements of such ’80s or ’90s cult classics as Macross Plus or Bubblegum Crisis are apparent, as are familiar neon cyberpunk color schemes, with teal and violet permeating the backgrounds every so often.  Molly Sides carries the story and her character effectively in a way that allows a female protagonist to be appealing and sympathetic without feeling forced, and Tim Gouran’s antagonist Arkoff character provides just enough humanity (and mortality) for the audience to understand his position but disapprove of his means.  The plot and the various twists can be a little on the predictable side for those familiar with the aforementioned anime stories and respective archetypes, and some of the story elements are paced rather quickly when compared to the more prominent plotline.  It would have been nice to see some heavier accompanying practical visual effects to Devi Danger’s enhanced voice being used as a weapon, although it works well enough here to get the point across.  As an obvious metaphor for the corporate music world, many of the environments are dim and claustrophobic, which works for effect but is felt to an overly obvious degree.  Danger Diva is a love letter to pure musical talent and independent artistry, something needed ever more in today’s increasingly claustrophobic and corporate environment.

Written and directed by Robert McGinley.  Filmed in Seattle, WA. 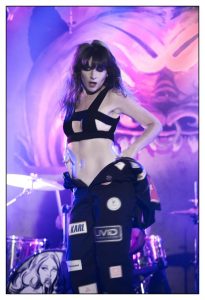 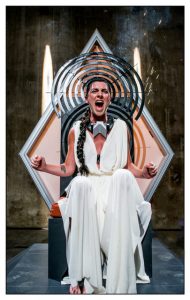 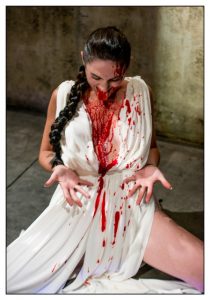