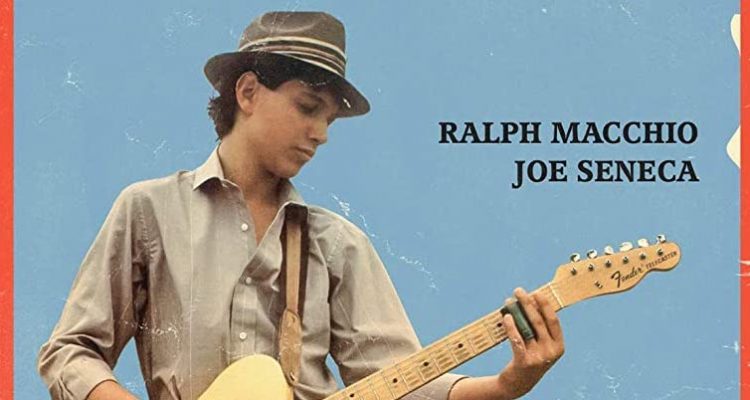 It might not be one of Hill’s best films, but it’s a good one, and if you’re a fan of his, then this one should be on your list of films to watch and own.

Plot: A young blues fan finds one of his idols and ends up traveling to Mississippi with him to a crossroads, where a deal with the devil must be reckoned with.

Review: Eugene Martone (Ralph Macchio) is a frustrated student at Julliard, where his classical guitar training is being refined, but his passion is for the blues. One of his idols is a man named Willie Brown (Joe Seneca), and he figures out that the man is still alive and a resident in a locked down living facility. When Eugene takes a custodial position at the facility to angle himself closer to the old man he’s positive is Brown, he’s disappointed when the old codger turns out to be a cantankerous old coot who wants nothing to do with the young kid or hearing about the old days. As the days turn to weeks, the old man is somewhat inspired by Eugene when he hears him play, and when Brown offers him an opportunity – if Eugene breaks him out of the facility and takes him to Mississippi, he’ll give him a lost song that was never recorded – Eugene takes the deal, hook, line, and sinker, not realizing that Brown is more conman than anything else. When they escape, they go on the lam together and quickly run out of money, forcing them to “hobo” across the country. Along the way, they pick up another stray, a pretty young woman named Frances (Jami Gertz), who is headed to Los Angeles on a vague promise of some employment. As Eugene learns the blues the hard way, his mentor begins to show him the truth about his talent, which points to a deal with a crossroads demon or the devil himself, and with hellhounds not too far behind Willie Brown’s tail, Eugene must propose a new deal to the devil to perhaps save both of their souls from eternal damnation.

From director Walter Hill, Crossroads feels somewhat like a lark compared to Hill’s other pictures at the time, namely the action films that made him famous. It’s a low key road movie with a bit of a fanciful spin on it, but what makes it work are convincing performances by both Macchio and Seneca, who feels like the real deal. The movie is packed with blues music, and without it the movie would literally have no reason to exist. It is in love with the blues inside and out, and that’s its strongest suit. It might not be one of Hill’s best films, but it’s a good one, and if you’re a fan of his, then this one should be on your list of films to watch and own.

Mill Creek’s new Blu-ray edition of Crossroads comes to high definition for the first time, and the transfer is pretty good. The film is packaged in a retro VHS-style slipcover, but that’s the extent of its special features. A movie like this should have at least a commentary or a trailer, but Mill Creek kept this one at a budget price (it’s less than $10.00), so it’s bare bones. 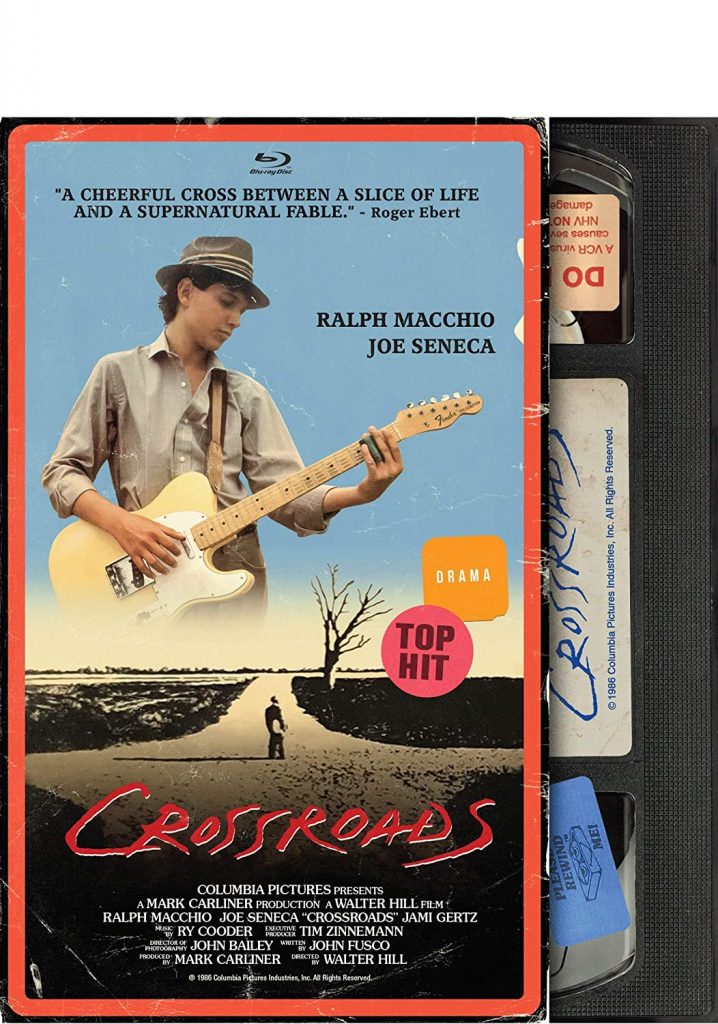