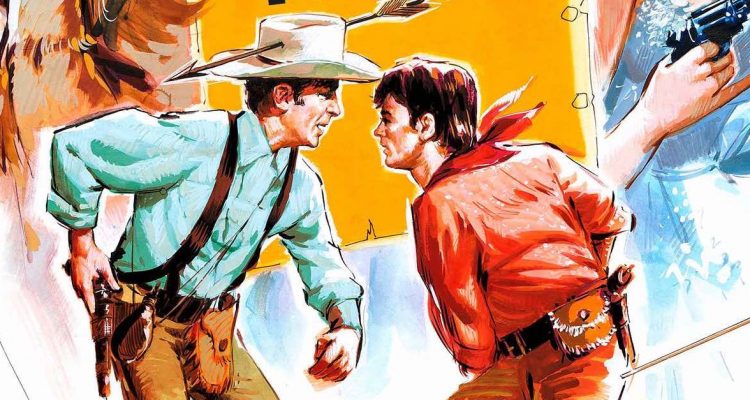 It’s extremely colorful and has some energy in fits and starts, and it’s fun watching Delon and Martin play off each other, but for anyone not familiar with those two stars of yesteryear, the movie may not retain its appeal.

Plot: A Spaniard and a gunman with his Native American sidekick get into all sorts of trouble as they flee to Texas together.

Review: A lavish wedding is set to occur between a Louisiana debutante named Phoebe (Rosemary Forsyth) and a clueless Spaniard named Don Andrea de Baldasar, El Dulce de la Casala (Alain Delon), but a crude interruption by the US cavalry sends Don Andrea running for his life with only his horse and a rifle with only a single round in the chamber. While in a small town, Don Andrea crosses paths with a rugged gunrunner named Sam Hollis (Dean Martin) and his Indian sidekick Kronk (Joey Bishop). After upsetting the entire town, Don Andrea joins the gunrunners as they cross into Texas with the cavalry on their hides. Along the way, Don Andrea rescues a pretty Indian squaw (Tina Aumont) and Sam ends up falling for Phoebe who somehow gets herself tangled into the same trouble her fiancé instigated.

A spoofy western comedy that is all kinds of fun for a certain select audience that might not mind that this movie is behind the times with its outdated humor, Texas Across the River may tickle the ribs for some, but for others it’s a bit of a long stretch into tedium. It’s extremely colorful and has some energy in fits and starts, and it’s fun watching Delon and Martin play off each other, but for anyone not familiar with those two stars of yesteryear, the movie may not retain its appeal. From director Michael Gordon. The equivalent to this would be something like The Villain with Kirk Douglas and Arnold Schwarzenegger, or Rustler’s Rhapsody with Tom Berrenger.

Kino Lorber’s new Blu-ray release of Texas Across the River comes to high definition for the first time, and the transfer nicely presents the film in all its glorious color, and special features include the trailer, and a new audio commentary by a film historian. 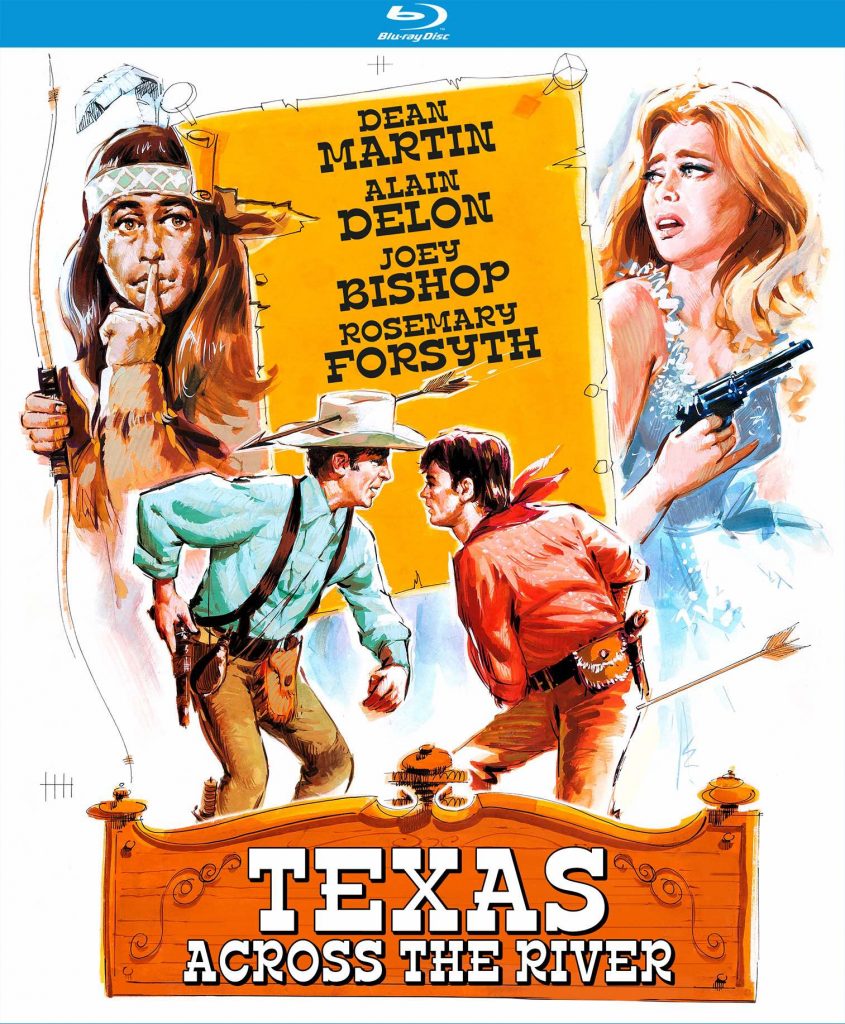