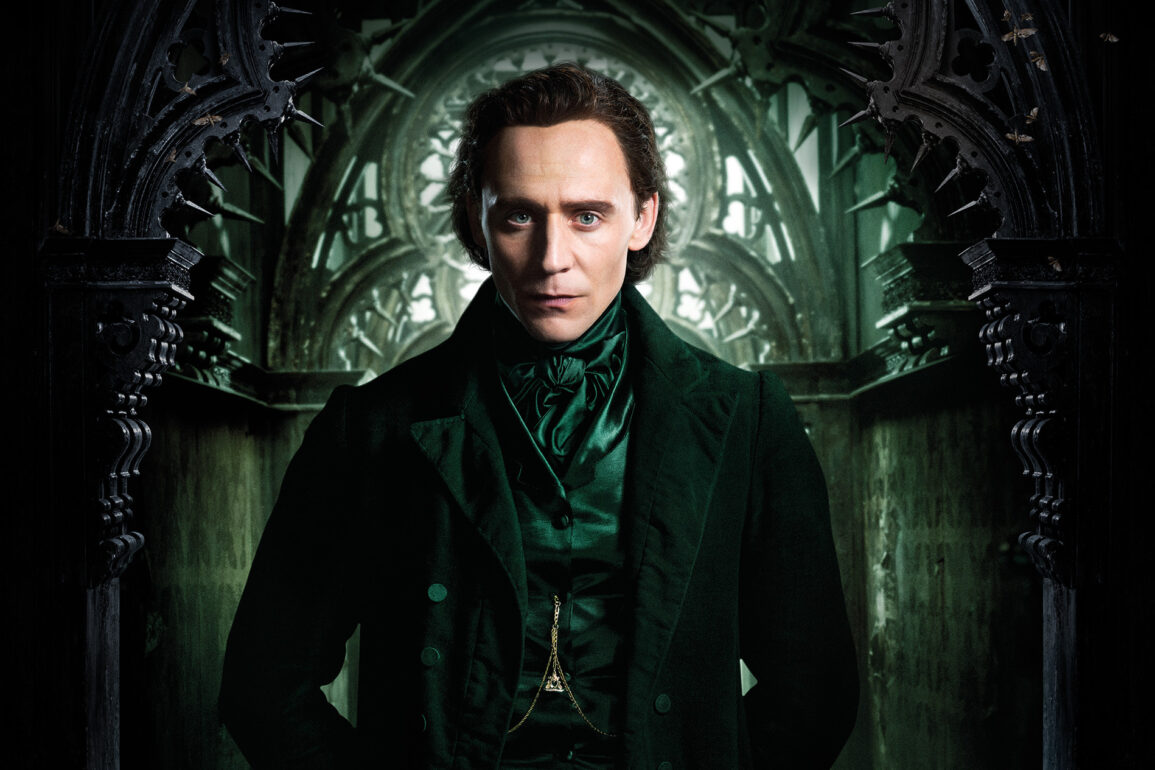 If you have any love for the genre, then Crimson Peak is a real trove of treasures.

Plot: In the aftermath of a family tragedy, an aspiring author is torn between love for her childhood friend and the temptation of a mysterious outsider. Trying to escape the ghosts of her past, she is swept away to a house that breathes, bleeds – and remembers.

Review: As a child, Edith Cushing is haunted by the ghost of her mother who gives her a warning: Beware of Crimson Peak. When she grows up, Edith (played by Mia Wasikowska) has become a burgeoning independent woman who fancies herself a writer, but living under her hard working and independently wealthy father (Jim Beaver) isn’t always easy. When her father is approached by a struggling businessman named Sharpe (Tom Hiddleston) to invest in a clay-mining machine in England, Edith finds herself strangely attracted to Sharpe. The dapper stranger seems earnest, and his cunning, straight-laced sister (Jessica Chastain) is wont for her brother to angle in on Edith in a short amount of time. When Edith’s father is mysteriously murdered, Edith agrees to marry Sharpe and live with him and his sister on their sprawling estate in England … to a place she later finds out is nicknamed Crimson Peak, due to its bloody-looking ground, thanks to the crimson mud and clay that permeates the entire estate. Right away, Edith becomes a target for a number of hauntings at the mansion, and it becomes fairly obvious that Sharpe and his sister intend on poisoning her to death so that they can inherit her wealth. As this knowledge dawns on her, Edith must struggle to survive the horrors of Crimson Peak.

A costly looking and lavishly produced gothic horror film from co-writer and director Guillermo Del Toro, Crimson Peak is the beautiful sort of scare movie that Hammer or Amicus would have produced once upon a time. It’s a rare thing to be gifted with such a large and romantic horror film in this day and age. The set design, score, and cinematography all capture a gorgeous mood that feels ripped out of the 1950s or ’60s, but with slightly harder violence than you might have seen back then. Some of the violence is truly shocking, and the CGI ghosts are pretty darn impressive looking, and if you have any love for the genre, then Crimson Peak is a real trove of treasures.

Arrow Video’s newly reissued special edition Blu-ray of this title comes packed with bonus material, some of which were produced specifically for this release. It would take hours to get through it all. Even if you owned Universal’s Blu-ray release, this one is well worth the upgrade for all the bonus material. If you missed out on Arrow’s limited edition hardbacked set of this title, now’s the perfect chance to grab this affordably priced edition. 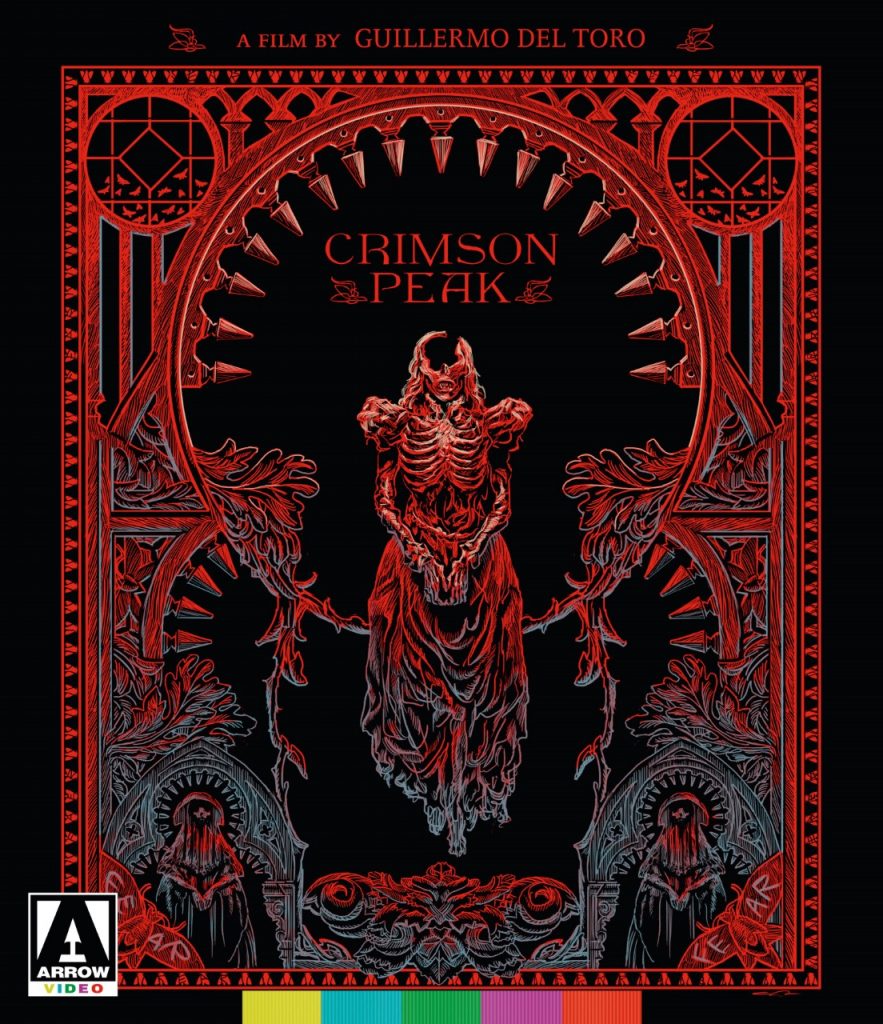