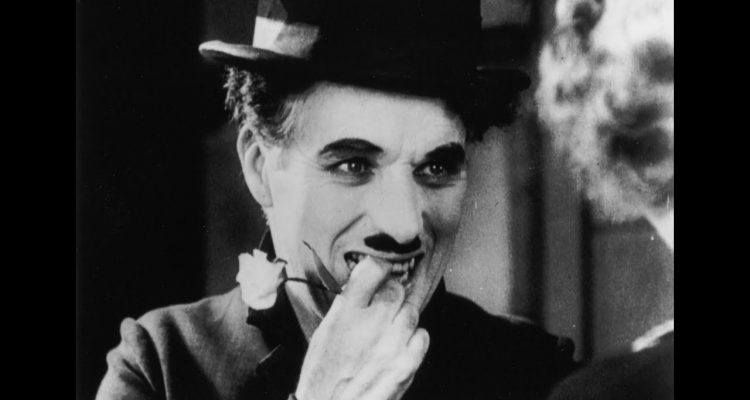 A masterpiece by Chaplin, combining a number of laughs with a story that has heart.

Plot: A tramp (Charlie Chaplin) poses as a millionaire to help out a blind flower girl (Virginia Cherrill)

Review: Having watched City Lights, all I have to say is, if anyone has ever wanted to, or ever intends to watch a Charlie Chaplin film, then this is the one to watch. It features several hilarious scenes, with a story that is heartwarming without being sappy. It is a testament to the genius of Chaplin, not only as a performer but also as a filmmaker.

Let’s start with the characters. While Chaplin’s iconic waif always struck me as charming whenever I saw him, I never really thought he was a great character. He was just a conduit for the audience, someone who experienced crazy circumstances and had nonsense happen to him, to our delight. In this movie, though, he breaks out as a person who is by nature good-hearted and kind. He saves the millionaire from drowning, and he does what he can to help the blind girl out, even though he has no money. He is what every person should aspire to be. The blind girl is not much of a character, but her kindheartedness at the end of the film in return to the tramp shows that his earlier benevolence to her was not in vain. The millionaire is terrific, bouncing between inebriated generosity and sober miserliness without missing a beat.

The movie, despite being made almost 90 years ago, still has laughs that audiences today could appreciate. This is mostly due to Chaplin staging scenes that the ordinary person can relate to, no matter what era. Who hasn’t gone out of their way to be kind to someone, only to have it blow up in their face? Who hasn’t agreed to do something they thought was straight-forward, only to have it become inexplicably and unnecessarily complicated in short measure? Chaplin’s humour is universal, and that’s what makes it timeless. Add in the man was just so smart with how he choreographed everything, and his performance as an actor is so innocently deadpan, it just makes the ridiculous situations that much funnier.

As for the other aspects of the movie, it’s photographed well (especially the boxing match), and the music is so rousing and enthusiastic, it fits perfectly with the action on the scene. I will say the sound design was a little annoying at the beginning, as they had loud duck quacking-esque effects to stand in for people talking, but that’s a very minor gripe in what is otherwise a flawless movie.

So, if you have the time and the inclination, I highly recommend this film. I don’t think you’ll be disappointed if you give it a shot.