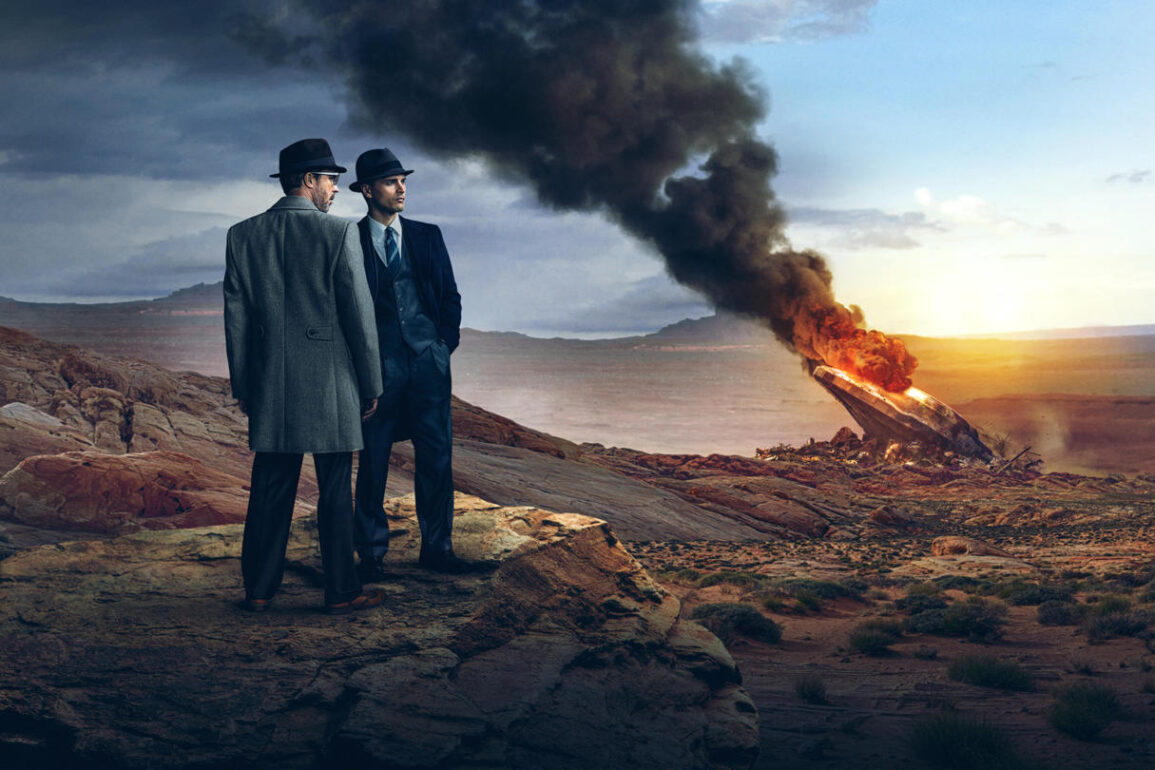 Project Blue Book is one of my favourite TV shows of recent times with well researched stories and stellar performances from our leads. It’s too bad we only got 2 seasons but it’s the type of show I’ll come back to again and again over the years.

Plot: Dr. J. Allen Hynek is a brilliant but underappreciated college professor who is recruited by the U.S. Air Force to spearhead an operation called Project Blue Book. He is joined by his partner, Air Force Capt. Michael Quinn as they investigate UFO sightings around the country. They use science to determine what really happened to cause the sighting, and some cases cannot be explained. In those instances, Hynek believes he’s being duped by the government into a larger conspiracy that covers up the truth. It is set in the Cold War and atomic era, and each case blends UFO theories with authentic historical events.

Review: It’s funny how the recent announcements regarding UFOs by the Pentagon have mostly gone unnoticed as the world is too distracted with COVID to really care; I was listening though and it just got me even more interested in finally watching Project Blue Book which I picked up a few weeks back. My brother and I watched both seasons over the course of 2 weeks and were just hooked.

It’s too bad we only got 2 seasons as I loved the characters of Dr. J. Allen Hynek (Aidan Gillen) and Capt. Michael Quinn (Michael Malarkey) as they had great chemistry together on-screen; they are very different men but are assigned to investigate reports of UFOs which takes them all over America (which strangely always looks a lot like Vancouver) and they eventually become friends who have each other’s backs when no one else will.

The men in charge are General James Harding (played by the always magnificent Neal McDonough) and General Valentine (Michael Harney); what I love about these characters is that you’re expecting them to be the shady government types you’ll hate but they are far more interesting especially Harding as he is a man of faith who begins to question it when he discovers we may not be alone in the universe. The Generals are scared and they don’t really know what they are dealing with so they want to keep the public controlled to avoid mass panic.

All the while Hynek and Quinn investigate the UFO reports while Hynek’s wife Mimi befriends an overly friendly creepy Russian Spy called Susie who is using Mimi to get information for her bosses about Project Blue Book.

The show always keeps you on your toes with some great twists, impressive visuals but most all engaging characters who we grow to really care about. It’s sort of like a modern X-Files but I far prefer this and as I say I wish we could have got a few more seasons. Thanks a lot, COVID!

It’s well researched and the character of Hynek feels authentic and very much like his real life counterpart who was a skeptic for the majority of cases he looked at in real life. Quinn wasn’t a real person and was an amalgam of several people but he is still a very appealing character. Michael Malarkey has star written all over him and I see him going on to bigger things. Aiden Gillen has been one of my favourite actors for years as he is a chameleon who can disappear into a role and never be the same.

I watch UFO videos all the time on YouTube so I’ve been familiar with Project Blue Book and I’ve always been fascinated with the Skinwalker Ranch stories; we get 1 episode on it in season 2 and I liked how the wolf was used briefly but that storyline could have been done over a couple of episodes as there was some really weird stuff that happened there. I felt like that was a missed opportunity but aside from that Project Blue Book is near perfect television with our two leads making for an amiable duo and Neal McDonough as a far more layered character than you would think at first. Good thing it didn’t end on a massive cliffhanger… oh wait…