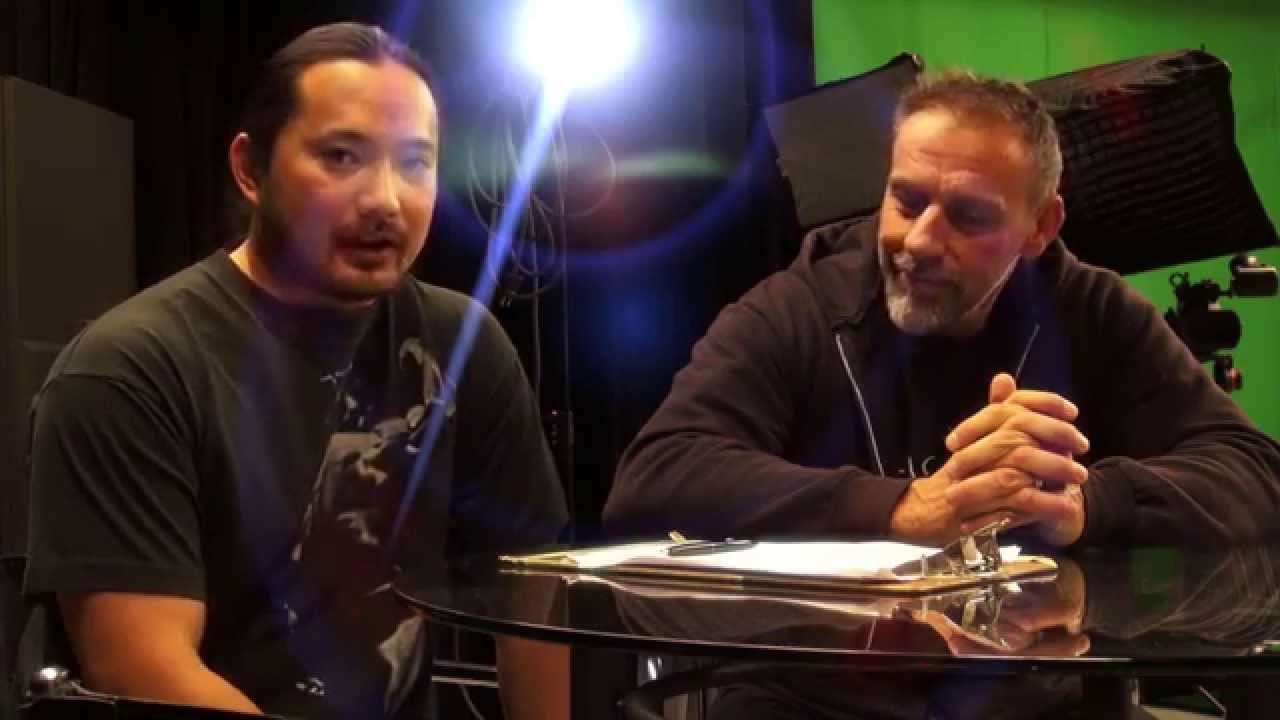 This is gonna sting a little.

After a catastrophe strikes Los Angeles, survivors face an even greater threat, thousands of giant killer bees, ushering in the end of the world!

We spoke to actor Charlie Aligaen about his latest movie.

What’s a tsunambee and why should we be scared?

Tsunambee is a “Tsunami” of “Bees!!!” Have you ever been stung by a bee? Well, if that’s not scary enough, how about a whole lot of stingers coming at ya!

Were there any actual bees on the set… or is that all CGI?

Surprising only one bee made it on screen. There’s an easter egg for the audience to go find. We have one puppet bee named George we shot with a Green screen that our director Milko Davis created. And our special FX artist Thomas Martwick created multiple CGI bees.

Is it hard to act scared when there’s ‘nothing’ in the scene with you?

Not really. When you’re a trained actor, you learn to use your imagination. Milko and Thomas did a great job added the bees later to interact with the actor’s reaction.

Are you a fan of these types of movies?

I am! Just plain and simple fun movies with a great story-line.

Was this a physical role for you? Did you get bruised and battered?

Yes it was! And I have a great story to tell you about the “bruised” part. There’s a scene that you can see in one of the trailers that my character gets kicked. No spoilers here. Ruselis Perry was playing the part of JB. In real life, he is a Black Belt in Kempo Karate and Instructor. Nicest guy in the world, very tough, and very physical! At one point, he was so scared that he really kicked me HARD and I lost my breath! When the director Milko said, “cut!!!,” I laid there for 5 minutes trying to catch my breath. Ruselis didn’t mean to do it, or maybe he did. LOL. But it was all good.

What motivates your character ‘Tubs’? what can you tell us about him?

Tubs is the Sergeant to JB. He got his leader’s back on whatever he or the gang needs. He thinks he’s tough, but not as tough as JB. Not the best decision-maker in the world, but he’s kind of guy someone in a gang could count on.

Did you base your performance on anyone in particular?

No one in particular. Even though I’m Filipino, I just tried to play a “Basic” Gang member. Someone who is loyal to Fam and do what it takes to survive.

Can you talk a little about working with Milko Davis. How was he as a director?

I learn a lot from Milko! Great writer and director. He is just so creative in coming up with all these ideas. I used some of the techniques I learn from him, and I was able to direct one of the scenes in the movie. I was worried it didn’t come out as good. I panicked and was beating myself up for it. However, Milko said it was an easy edit for him. I credited him for teaching me some great techniques.

I met Milko back in 2003 at our Local gym called Flex Gym & Fitness in Colorado Springs. We loved talking about movies ever time we see each other. I saw many movies he made but one of his recent film blew my mind! His cinematography skills and creativity are incredible! To be honest, the storyline wasn’t very good. But I saw a lot of great potential in his skill set. He had beautiful shots and angles. It was a visually pleasing movie. I’m sure he wanted to make the storyline better but he was just started to craft his writing skills. I didn’t really care. I saw potential! This guy was good!

When we got together in Summer of 2014 for Tsunambee (we didn’t have a title at the time), I asked if I can play a small part. He gave me one of the gang members. I even got to name him Tubs. It was an old nickname my friends used to call me. Then I asked him if I could help out with Production Management other than acting. I thought that my skill set as an Organizer could help out tell his story. I’m thankful he gave me the opportunity to show the world his talent by letting me organize and work the logistics for him. I hope people see what I saw in Milko’s talent when they watch Tsunambee.

It tooks two weeks for Milko to write the script. If anyone ever tried to write a movie script, it is not an easy task. Not only it was a short time period to write, the content was even more impressive. I read it, and I was blown away! I loved the name Tsunambee, but the storyline was deeper than just a Horror-monster movie. To write that many pages in two weeks was incredible. His script writing skill have definitely improved from the last movie he did. I was so impressed.

Have you seen the finished film yet? What did you think?

I have! But I’ll give you the reaction when I first saw the first full draft of the movie without the special FX and music in it. Milko sent me a rough copy to get a little critique for him. 6 pm that night, I watched it and loved it! You could say that it was our movie, and I could be very biased. Of course, that is a given. Then I went back to re-watch a scene for some technical analysis, I ended up watching the whole movie again! Just because I was very entertained. Finally, I couldn’t sleep. At One AM, I decided to watch the movie over again! I loved it that much.

I’m hoping that people find Tsunambee as fun and entertaining as I did with I saw the draft version of the movie. Multiple that feeling with the Special FX and Great Musical composition added to it. The finale was more than just satisfying. Go Watch Tsunambee!