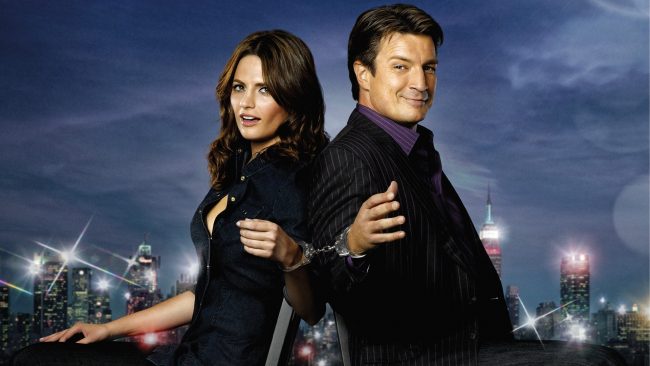 A satisfying conclusion to the TV series which ties up any loose ends.

Review: Over the course of eight full seasons (and a slew of spin-off mystery novels written by “Richard Castle”), ABC’s murder mystery of the week program Castle has turned into one of the more compellingly watchable TV shows in recent memory. Nathan Fillion (Firefly, Serenity, Waitress) was the perfect guy to play mystery novelist / playboy Richard Castle, a much more debonair riff on Colombo or Matlock, or whichever crime solving sleuth you care to compare him to.

When he paired up with detective (later the captain of her precinct) Kate Beckett (Stana Katic), to solve serial murders and impossible mysteries, the stars aligned and they became an item, and eventually married, but in season 8 (which became the final season), there’s trouble in paradise as their trust in each other is challenged over a past mystery that somehow connects to them both. In the midst of their murder-of-the-week shenanigans (which is the real and best reason to watch the show), the overall conflict that has been haunting Castle and Beckett (and nearly drives them apart) is finally and satisfyingly resolved by the final, earth-shattering (but perfectly reasonable) episode, leaving no loose ends. With more characters than ever (Castle’s beautiful daughter Alexis, played by Molly C. Quinn all but becomes his permanent sidekick this season), season 8 is easily one of the best seasons of the show.

ABC Studios will be releasing Castle: The Complete Eighth and Final Season on DVD on Tuesday, August 23rd. With audio commentaries, bloopers (always a favorite), deleted scenes, and a “making of” documentary – “The Great Escape” – this five-disc set is bound to satisfy fans of the series and should make a collector of the show extremely happy. Rest assured, Castle fans: It all ends well.