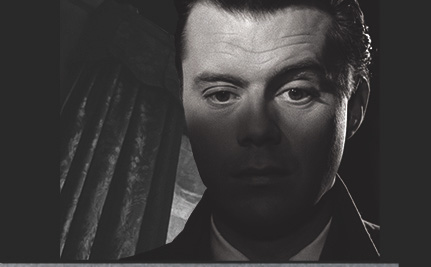 This is a nice release, and fans of British film noir pictures should pay attention.

A serial killer strangler is on the loose and continues to taunt Scotland Yard that they can’t catch him.

Victor Colebrooke (Eric Portman) is the son of a hangman executioner and has lived his life as a well-taken-care-of gentleman who lives with his mother, but he spends his nights on the prowl, looking for young women to strangle to death. He’s killed a half a dozen women already by the time he starts sending Scotland Yard taunting postcards, bragging to them that they’ll never catch him. Victor is insane and he knows it, but when he sets his sights on a young woman (Dulcie Gray) who works at a record shop, he thinks that if he woos her with the intention to marry her, that perhaps his insanity and urge to kill will be vanquished, but there’s a problem with that plan: She’s in love with a bus conductor who has already captured her heart. As Scotland Yard tags Victor as a possible suspect, the pressure is on for Victor to win the young woman over quickly … before he snaps and decides to kill her.

Overlong at 102 minutes, Wanted For Murder is an adequate case study of a serial killer, but there’s never really any suspense as Scotland Yard seems only to have him as their primary suspect almost from the beginning of the movie. The subplots are nice and help balance out the material of the killer, who feels haunted by the ghost of his father (scenes at a wax museum where Victor smashes in a wax bust of his dad is overblown), and the performances are more than committed. Lawrence Huntington directed it, and the climax comes rather abruptly.

A slick killer marries wealthy old women, kills them in ways that make it appear as if an accident happened, and he repeats the process until his latest effort lands him in suspicion of murder.

Edward “Teddy” Bear (Dick Bogarde) has done it before and he does it again: He marries needy, older wealthy women, and after gaining their trust and getting them to change their wills, he kills them in ways that seem accidental. His latest wife dies by gas inhalation and alcohol intoxication, but he does the deed a day too soon, as she hadn’t yet finalized her will to reflect her wishes to leave everything to him. Instead, her fortune lies in the life of her sister, who is entitled to everything until she dies. Frustrated, Teddy must find another wealthy wife quick or lose his financial standing, and with his previous wife’s attorney looking at him with disgust and suspicion, he figures he better move on fast. He meets another wealthy woman – also a widow – who quickly falls in love with him, but after they marry he realizes that she’s not nearly as much of a pushover as his previous wives were. It’s not going to be easy to do away with her, but when his previous wife’s sister enters the picture, he sets his sights on her as well … which proves to be more than he can handle when his current wife gets jealous and throws a wrench in his plan to gain the fortune he believes he’s entitled to.

Bogarde is the best reason to watch the snappy Cast a Dark Shadow, and right from the first frames of the film, you know he’s an evil guy. He plays a character with a cold-hearted soul, and he eventually gets his come-uppance, and his journey to that moment is worthwhile. Director Lewis Gilbert juggles a lot of character development in only 83 minutes of screen time, and the film works as both a character study of a serial killer and a sociopath, but also as a morality and cautionary tale.

Cohen Media Group and Kino Lorber present both of these films together as a double feature on a recently released Blu-ray edition. Cast a Dark Shadow is presented in 1:66:1 widescreen in a pristine transfer, while Wanted For Murder is presented in 1:33:1 full frame, and that transfer isn’t as sharp, not to mention containing a muddled, subdued soundtrack. Still, this is a nice release, and fans of British film noir pictures should pay attention. 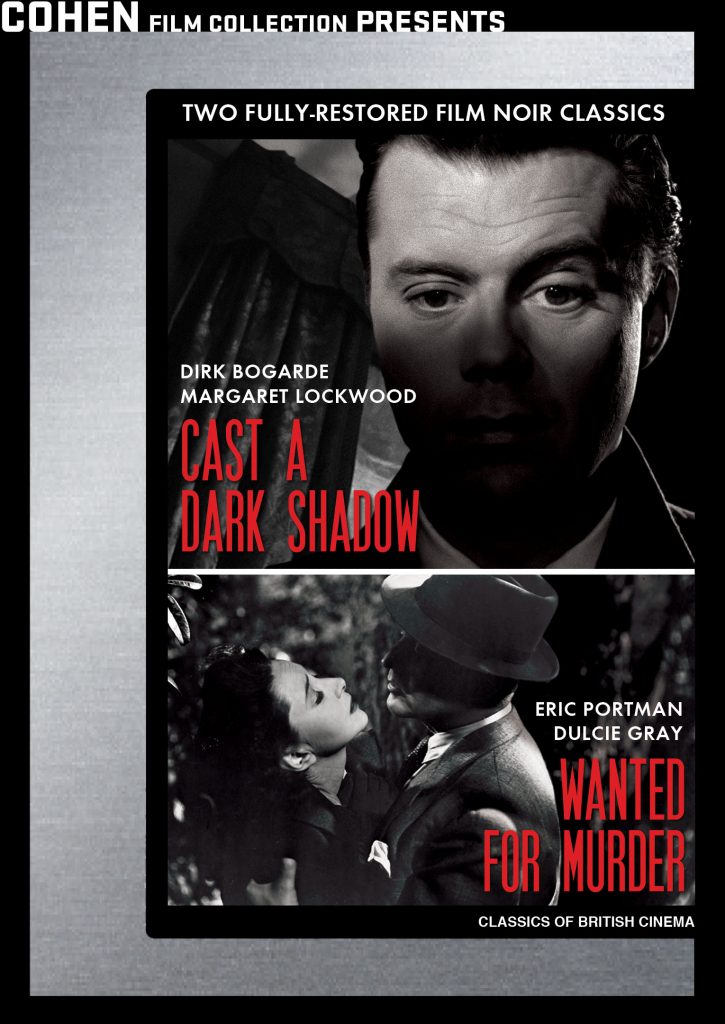