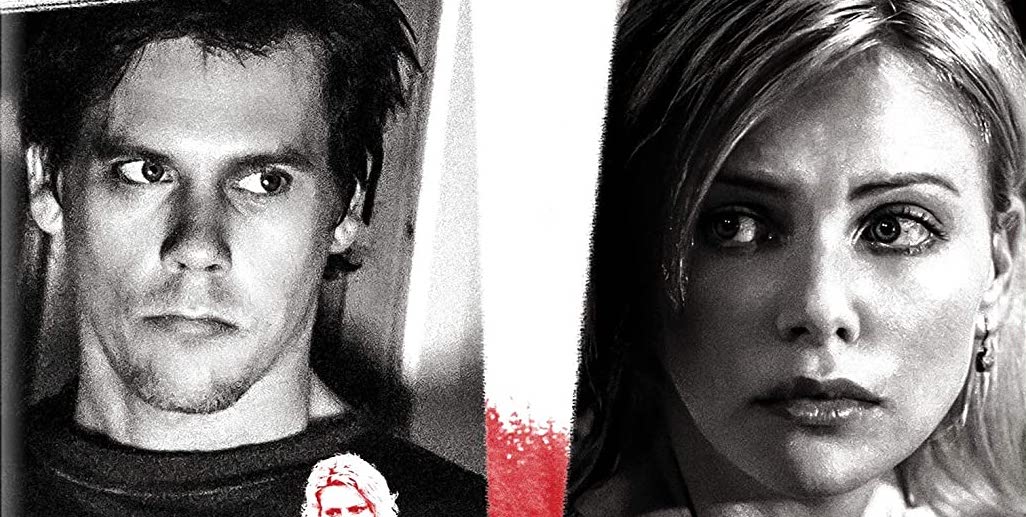 The climax is exciting and involves heavy stunt work on a freeway, and the film’s amount of suspense and tension is on par with any of your favorite Hollywood thrillers.

A kidnapping scheme goes awry when the victim’s mother fights back.

Beautiful wife and mother Karen Jennings (Charlize Theron) is stunned when she is greeted in her home by a slick operator named Hickey (Kevin Bacon) who calmly states to her that her daughter Abby (Dakota Fanning) has been kidnapped and will be returned safely in 24 hours so long as all his rules and a hefty ransom are met. Hickey’s associates are his skittish cousin Marvin (Pruitt Taylor Vince, who always seemed to get cast in creepy pedophile-like roles) and Hickey’s abused wife Cheryl (Courtney Love), who is working on breaking the kidnapping news to Karen’s anesthesiologist husband Will (Stuart Townsend) who is attending a conference across town. When Karen informs Hickey that her daughter will die without some medication, Hickey’s flawless plan begins to crack, and over the course of the night, Karen slowly but surely works away at Hickey’s tough exterior, and the same could be said of Will, who rather quickly disarms Cheryl with logic and reason. It seems that Hickey has met his match with the tough-willed Karen, who doesn’t so easily succumb to his sinister and persuasive style of intimidation.

I remember seeing Trapped opening day theatrically, and I thought it was about as effective then as I do now. Kevin Bacon, who is always well cast in anything he’s in, plays a great slimy bad guy, and he’s tops in this film. He should have been given lead billing over Theron, whose role could have been played by any lead actress of the moment. The climax is exciting and involves heavy stunt work on a freeway, and the film’s amount of suspense and tension is on par with any of your favorite Hollywood thrillers. Director Luis Mandoki, who made a string of hit films in Hollywood, has never made an English language film since and has been making films in South America for the last twenty years.

Mill Creek’s recently released Blu-ray edition of Trapped contains a decent high definition transfer, but does not include any special features. It’s adequately priced to own. 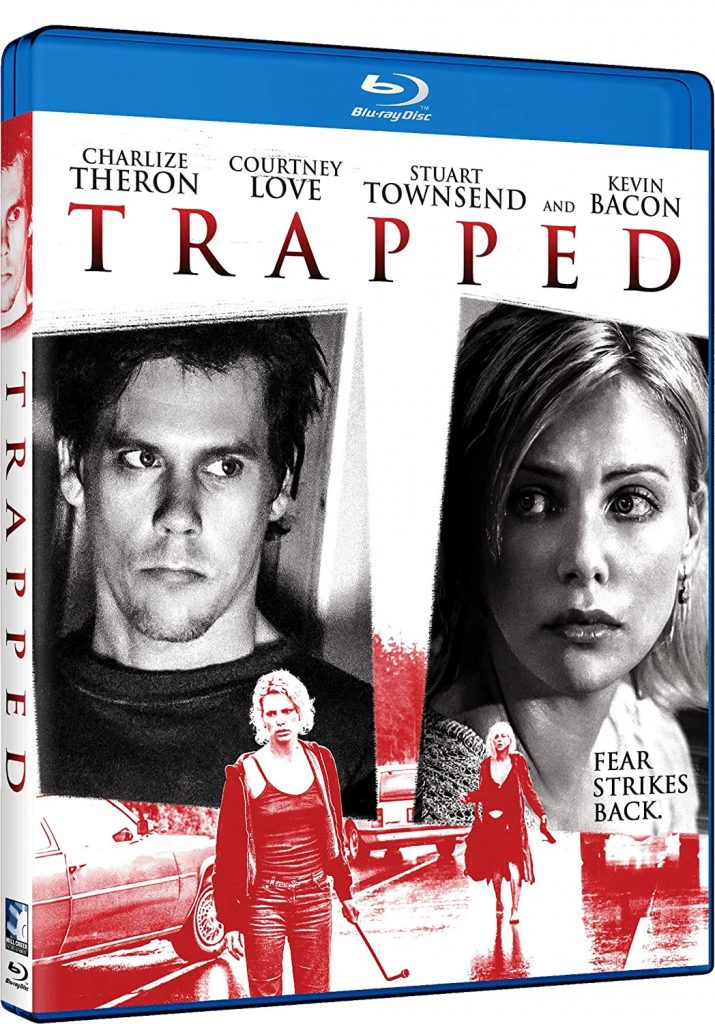