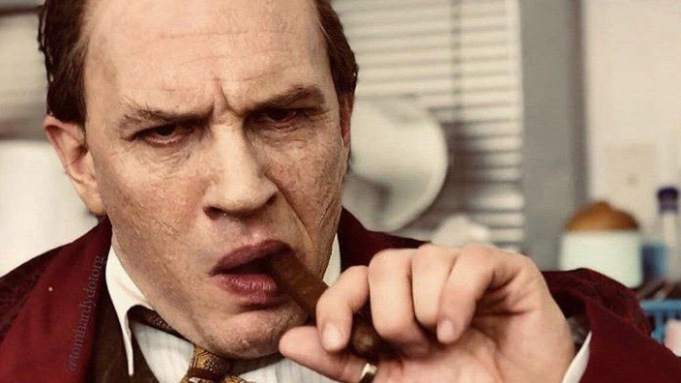 Capone is grim stuff and Tom Hardy does his usual mumbling but despite the depressing subject matter it does offer us a different look at the final year of Al Capone’s life; just don’t expect to feel any kind of joy by the time the credits role.

Plot: Chronicling the final days of notorious gangster Al Capone as he succumbs to dementia and relives his past through tormenting memories.

Review: If I were to describe this movie in one word it would be “unpleasant” but then suffering from dementia generally is and that’s really what Capone is all about. If you go in expecting lots of gangster flavoured shoot-outs, then you’ll be disappointed as this is not that kind of film.

Capone looks at the final year of the legendary gangster’s life and it was far from glamorous. His mind is fading away and he has lost control of his bodily functions regularly soiling himself and breaking wind at inopportune moments. This does provide some dark humour especially during an interview he is doing at one point but Capone is not a film you would want to watch more than once.

When I first saw the trailers I thought the make-up looked awful but in the movie it wasn’t quite as bad even if Hardy bares no real resemblance to Al Capone.

Tom Hardy seems attracted to roles where he gets to mumble a lot and that is once again the case with Capone. What’s funny is that you may think his voice is a caricature of Al Capone but if you go and listen to interviews with the real Capone Hardy is actually pretty spot-on and his voice really was quite high. He isn’t someone you sympathise with, after all he wasn’t exactly a nice guy but watching anyone decline due to illness doesn’t make for a fun watch and by the time the film has ended you do wonder what the point of it all was.

There are several surreal dream sequences where Capone sees ghosts of people from his past and it touches on possible remorse for some of things he did but at times you wonder what was real and what was a hallucination. Al Capone has become a rather pathetic character needing looked after by his family as he slowly fades away. It never tries to glorify him or his escapades in any way so when the end comes you generally feel numb.

At an hour and 43 minutes it still moves at a relatively fast pace and there are some graphic moments of violence if that’s what you’re looking for. It’s generally well acted and the script has a few choice lines of dialogue along with a few moments of levity so it doesn’t get overly grim.

Overall, Capone is maybe worth watching just to see a very different kind of Al Capone and Tom Hardy is good in the role despite doing his usual mumbling. It’s generally pretty depressing and not something I ever plan on sitting through ever again.