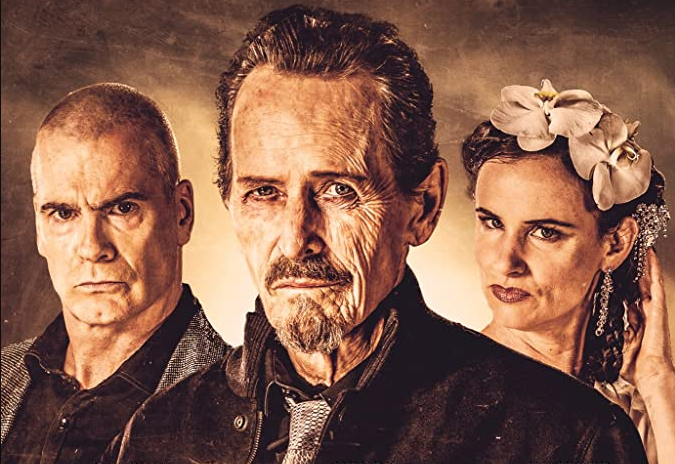 You have seen Stephen McHattie’s work as an actor for years even if you don’t realize it. Getting his start in the 1970s, the Canadian born actor has appeared in numerous television shows that include multiple episodes of LAW & ORDER, SEINFELD, THE X-FILES, THE STRAIN, ORPHAN BLACK, and even the JUSTICE LEAGUE animated series. His work in film is just as prolific with major roles in films like Darren Aronofsky’s THE FOUNTAIN, Zack Snyder’s WATCHMEN, and Eli Roth’s remake of DEATH WISH. McHattie’s most acclaimed role however is his starring turn in the 2008 horror film PONTYPOOL directed by independent film pioneer Bruce McDonald (HARD CORE LOGO).

Well, McHattie has reunited with McDonald and the rest of the creative team behind PONTYPOOL for a new filmed titled DREAMLAND.

DREAMLAND, which also stars Juliette Lewis (NATURAL BORN KILLERS) and HENRY ROLLINS (HEAT) is a hallucinogenic tale of two men that share the same face. One, a disgraced jazzed musician trying to escape his pain and the other a hitman who has grown a conscience after discovering his boss is dabbling in child trafficking.  Both roles are played by McHattie as world-weary souls inhabiting a strange European country occupied by supernatural creatures and pint-sized assassins. The film could easily be described as “What if Psychedelic filmmaker Alejandro Jodorowsky (EL TOPO) and low budget schlock-master Albert Pyun (CYBORG) decided to reimagine Luc Besson’s LEÓN: THE PROFESSIONAL?”. This mix of different tone and story elements have given DREAMLAND a unique feel that has to be seen to be fully understood.

I recently had a brief discussion with Stephen McHattie about DREAMLAND. He was frank and very eager to talk about his return collaboration with director Bruce McDonald and all things related to the film.

How did you become involved in DREAMLAND?

Well, it came out of a little movie I had done, a little five-minute movie that wound up on Bravo. It was called THE DEATH OF CHET BAKER. It was just a little five-minute thing. And I showed it to Bruce [McDonald], and he said, “We should do something with this.” So, you know, got together with [screenwriter] Tony Burgess and [my wife and co-star] Lisa [Houle] and started working on a script.

What was it like reuniting with the team from your 2008 film, PONTYPOOL?

We had worked together a number of times before PONTYPOOL and got to know each other pretty good. We got along great. So we were always looking for something fun to do, and still are. Yeah, always trying to get projects going and moving. It’s a long, slow process.

It definitely is. So, what are the challenges of playing two different characters in the same film who interact with each other.

Well, I kind of worked it out to the point…umm. I don’t want to get too deep into this bullshit “actor” talk. 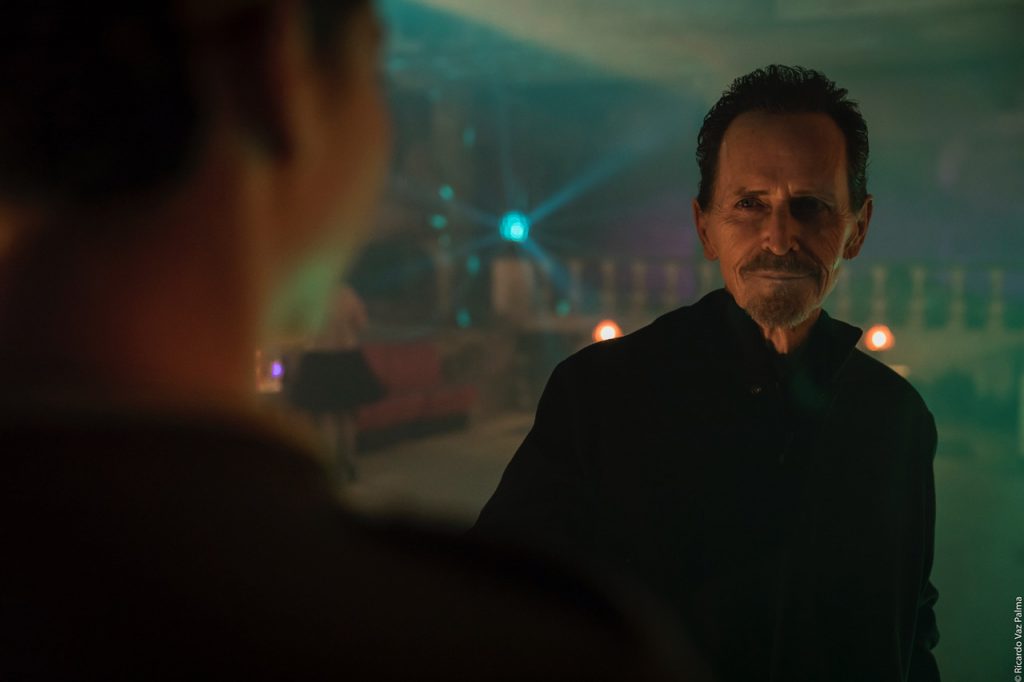 When you’re doing a scene with another actor there, the space between you is what becomes alive, you know? So, I kind of worked on it from that point of view, from that angle and you know… how to make it believable that they could both be in the same scene at the same time. Ya know, without doing too many camera tricks. Rely on just the acting.

You share a lot of scenes with Henry Rollins in DREAMLAND. What was your experience working with him?

Oh, it was great. You know, he came in… He was a friend of Bruce… I didn’t know him. And he came in just like an actor. You know, he didn’t bring a whole bag of… He had no attitude. He just wanted to work on the movie, which is what you hope for.

You also share a lot of scenes with children in the film. As, the old adage goes, “never work with animals or children”…

[Laughs] What were your experiences here then?

Well the young actress, Themis Pauwels, she was delightful. I think I spent three days running around Luxembourg carrying her.

That must have been tiring.

Yeah, it’s always surprising when you pick up a kid. You don’t realize how heavy they are. I don’t know if you’ve had kids, but my own kids… You know, you get used to carrying them around.

They’re surprisingly heavy for sure.

But she was great to work with. Everybody that got in the movie was. The young boy (Morgan Csarno-Peklar) who played her brother? He was from Belgium and his first language wasn’t English. So, it was a little more work with him, you know? But they were all very eager to be in the movie, so that was great. Nothing replaces enthusiasm.

You got to engage in a little gunplay in the film. How was the experience of getting to be more “action-oriented”?

Well, I hadn’t done a lot of that. We had a long discussion of what kind of gun the character should use. Because the tendency is for the guy to pull out some great big .380 or something. But I talked Bruce… You know, if the character was doing it as a career, he would wanted a nice, light, dependable weapon. Something like that would do the trick, if he was sure of where it was going to, you know, of his ability to hit his target. So, he’d settle on a .22. It’s nice and light. He can hide it easily. Doesn’t make a big bulge, and if you’re up close- it’s good enough. 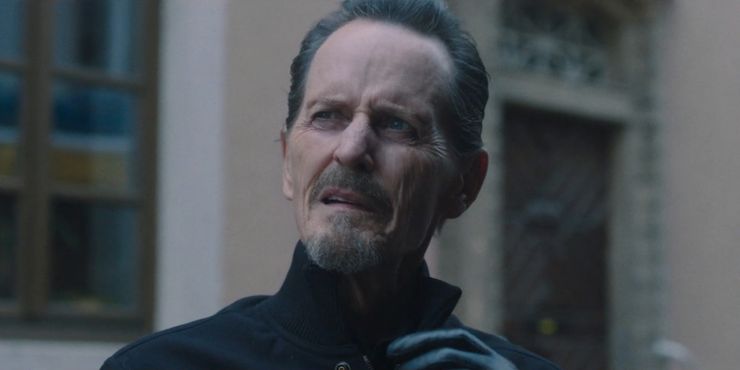 Yeah. We went through about, I don’t know, fifty guns trying to pick the right one.

Our time is drawing to a close, so one last question, if you could say one thing to people to really sell them on seeing DREAMLAND, what would it be?

Well, considering the state we’re in now… Everybody has their weaknesses, and we’re all going to be confronted with them and either overcome them or fall to them. DREAMLAND is about that.

Well said. Thank you for your time today, Stephen. I look forward to whatever you and Bruce do together in the future.

Thank you so much.

DREAMLAND is in theaters, on VOD and Digital HD now.