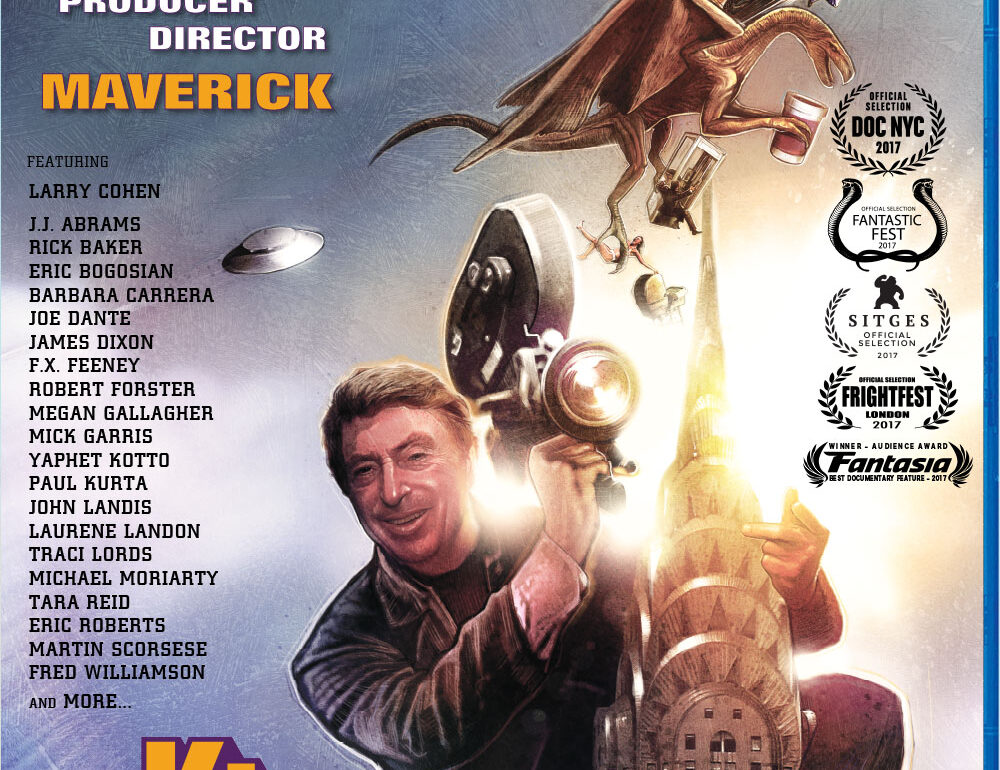 “If you don’t know the man, you should, and this is a lively, informative introduction.” – Glenn Kenny

“Whether you’re a long time Larry Cohen fan, or never even heard of him before, King Cohen is a joyous watch!” – Bobby LePire

On September 25, La-La Land Entertainment will release a special, limited edition KING COHEN BLU-RAY DISC/CD SOUNDTRACK COMBO, featuring both the acclaimed feature film on Blu-Ray Disc and a Soundtrack CD of the original motion picture score by renowned composer Joe Kraemer (MISSION IMPOSSIBLE: ROGUE NATION). This exciting combo release includes more than 90 minutes of EXCLUSIVE SPECIAL FEATURES, showcasing a wealth of deleted interview footage from the King himself, Larry Cohen, and many others!

The combo set will be available to order September 25,starting at 12 noon (pst), exclusively at www.lalalandrecords.com and select online blu-ray boutique retailers. Retail Price is $24.98.

A.S.C. MONSTERS ON THE TABLE: Larry at home with some monstrous friends.