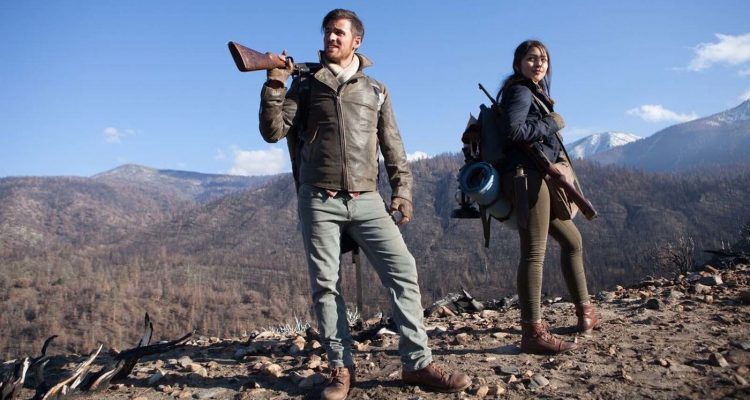 The themes of the film aren’t new or particularly presented in a fresh way, and if generic cult lingo or movies centered around bogus cults aren’t your thing, then this movie is clearly not your bag.

Plot: After the loss of her family, a young woman struggles to survive in a world long-since destroyed by disease; but when a lonely traveler offers her a place in his community, she must decide if the promise of a better life is worth the risk of trusting him.

Review: A plague has killed off or mutated most of humanity. The infected – dubbed “Berserkers” – wander the urban wasteland, creating and amassing a cult of warriors intent on transforming the world into a new era. On the opposing side are another cult of religious zealots who live in an enclave and have overtly cultish rituals and cleansing practices to keep themselves pure in the eyes of God. A formidable young woman named Anna (a nicely cast Lulu Antariksa) has been living on the outskirts on her own since her family died, and she makes a hesitant alliance with a vagabond named Peter (Colin O’Donoghue) who tells her that he is part of a group that opposes the Berserkers. She goes with him (and they encounter marauders along the way), and the longer she hangs out with him the more she realizes that he’s not being entirely honest about his intentions. Once at the enclave outpost with his group, she very quickly discovers how cultish and cruel they are, but escaping the group will prove to be a difficult test of survival for her. As the Berserkers encroach, Anna might have her chance to escape, choose a side, or leave it all behind to begin anew on her own…

Some solid casting is what gives What Still Remains some distinction. The themes of the film aren’t new or particularly presented in a fresh way, and if generic cult lingo or movies centered around bogus cults aren’t your thing, then this movie is clearly not your bag. What struck me was how Anna allowed herself to be taken into a cult, despite the fact that it was obvious her character didn’t respond favorably to it. The movie leads up to an action finale, which pans out more or less the way you think it will. Jeff Kober and Mimi Rogers play the leaders of the cleansed cult. Written and directed by Josh Mendoza.