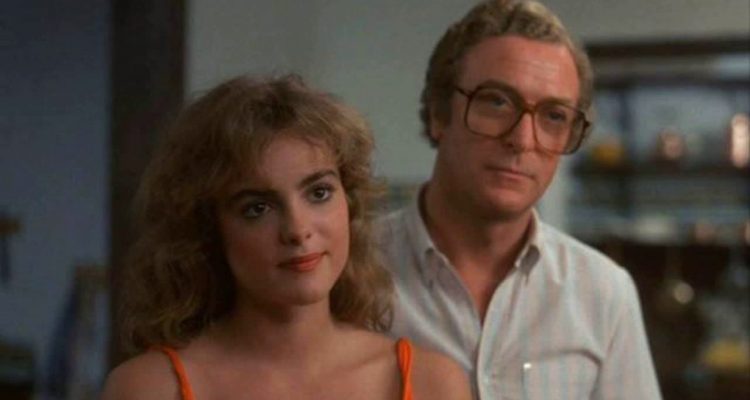 A fun, sexy comedy with the stunning Michelle Johnson front and center.

Plot: Best friends and their daughters holiday in Rio only for one to fall for the other’s daughter.

Review: Two unhappily married men go to Rio de Janeiro with their teenaged daughters, but leave their wives elsewhere. Matthew (Michael Caine) is frustrated that his wife went on a different vacation, and his daughter Nicole (Demi Moore) is happy to accompany her dad on a carefree trip with her best friend Jennifer (Michelle Johnson in her film debut). Jennifer’s father is Victor (Joseph Bologna), whose wife has recently served him divorce papers, and the entire vacation soon goes sideways when Jennifer makes her move on Matthew, whom apparently she’s had a crush on since she was a little girl. Matthew is basically a deer staring at a pair of oncoming headlights as Jennifer is a stunning natural wonder, and she all but clobbers him into sex – over and over, and all over the place – and he’s helpless to her disarmingly straightforward methods. When Victor finds out that his only girl has been sleeping around with an older man, he can’t possibly suspect his best friend, and with his unstable and out of control sexpot daughter on the loose, something’s gotta give.

A likably sexy romantic comedy with a heaping dose of nudity and inappropriate behavior, Blame it on Rio is an astonishing coming of age sex movie that puts the bodacious Johnson (who was only 17 at the time, despite all the nudity that was required of her) front and center of the action. I’ve enjoyed this movie over the years, and it’s a perfect blend of adult sex comedy, bedroom farce, and exotic locales, with a cool, topical score. Director Stanley Donen (Singin’ in the Rain) had never done anything as remotely sexy or adult as this.

Kino Lorber’s new Blu-ray of Blame it on Rio is a major visual improvement over the MGM DVD from over a decade ago, with a stronger picture image and clarity. Special features include an audio commentary by film historians and the original theatrical trailer.