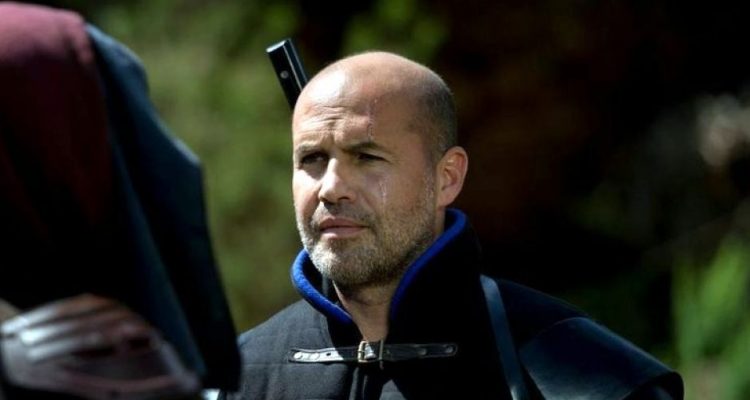 Despite being a little long the film looks good. I liked the crazy ideas, and the action; fans of the apocalyptic genre should enjoy it.

Plot: The film is set in a post-apocalyptic world in which civilisation has crumbled. A massive electromagnetic pulse has killed all children on the planet with the exception of Molly (Billie Rutherford), the daughter of Jake Slater (Jake Ryan).

Review: In 2022, nukes are set off, destroying not major metropolis cities, but remote areas where “bio plants” are, starting a chain reaction of radiation and an ensuing bacteria that spreads to the major cities, creating a breed of nearly unstoppable mutant creatures. And on top of that, an EMP is detonated all over the world, and it kills off not just all electronics, but all the children as well. Years later, an ordinary man named Crane (Billy Zane) has risen to become a sort of military leader / revolutionary that has teamed up with some scientists to create a program that makes humans subservient to his will to keep peace and order in his corner of the world. With everyone implanted with this program, he basically has a race of slaves on his side, but when an outlander named Jake Slater (Jake Ryan) finally succumbs to coming out from the wastelands to seek help for his sick daughter Molly (she’s about 8 years old, played by Billie Rutherford), he’s told by some spooked villagers that she’s the first child they’ve seen in years. All of a sudden, Jake finds himself in a precarious position because he’s not only not affected by the implant everyone else has, but everyone – namely Crane, whom he knew before the apocalypse – starts coming after him and Molly because everyone sees Molly as “the holy grail” that may have the answer to saving the human race.

A somewhat overlong (at nearly 2 hours), but good-looking post-apocalyptic action film with some interesting ideas and some admirable execution, Blue World Order worked for me simply because it reminded me of the good old days when low budget, indie filmmakers in the apocalyptic genre really understood the genre and knew what worked and what didn’t. I liked the crazy ending that has the hero speeding through a desert wasteland in a DeLorean car, and his pursuers are also in DeLorean cars. The last scene of the movie has everyone bracing for an onslaught of a mutant horde, which could potentially be explored in a sequel. As I said, though, the film is too long, but if you’re a tried and true fan of apocalyptic movies like I am, then you’re bound to find something here you’ll like. From the writer / director team Che Baker and Dallas Bland.

Blue World Order will be available nationwide on VOD and DVD on January 16th from Random Media.