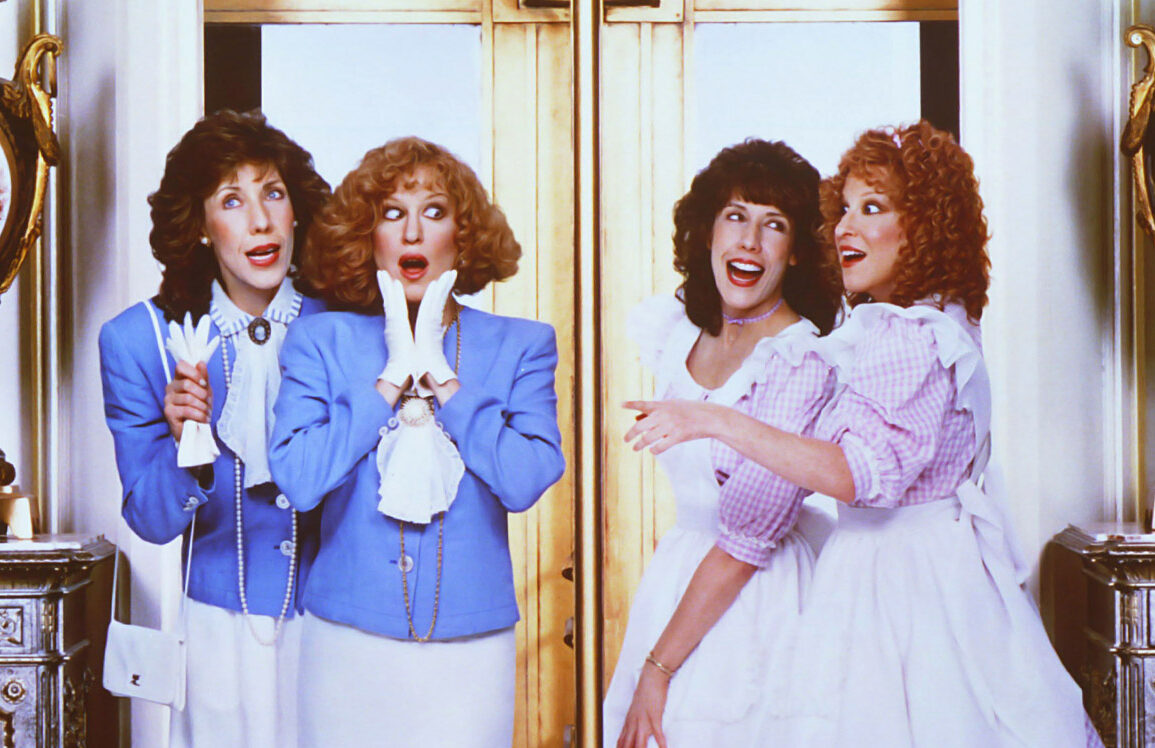 The performances in both titles are solid. If you’re going to pair these two movies up with other movies, they picked the right way to do it.

Big Business Plot: In the 1940s in the small town of Jupiter Hollow, two sets of identical twins are born in the same hospital on the same night. One set to a poor local family and the other to a rich family just passing through. The dizzy nurse on duty accidentally mixes the twins unbeknown to the parents. Our story flashes forward to the 1980s where the mismatched sets of twins are about to cross paths following a big business deal to closedown the Jupiter Hollow factory.

Review: Aw, the screwball comedy: How we miss you! In the high concept comedy Big Business, two sets of twins are mixed up at the hospital: One mismatched set goes to a very wealthy family in New York, while the other set goes to a country bumpkin couple from a sleepy little town called Jupiter Hollow. 30 years later, the one privileged set of twins (Bette Midler plays the super bossy over achiever, and Lily Tomlin plays the neurotic, daydreamer who belongs in Jupiter Hollow) are about to buy the entire town of Jupiter Hollow (because fate is playing a fun trick on them, obviously), and the other set of twins (Midler plays the befuddled one, while Tomlin plays the smart one) oppose the purchase because it would ruin their town. The poor twins travel to New York to protest to the corporation that plans on ruining their lives, and as soon as they get there, they’re mistaken for the wrong twins and are treated like royalty, which leads to a whole series of mistaken identity, confused bellhops and lovers, and so forth. We get both sides of the twins, as they get closer and closer to bumping into each other (which of course, they do), and then the film has its predictable resolution.

Big Business should have been a whole lot more zany and savvy, but as it stands, it’s a harmless little comedy that is as amiable as it is “nonfat” on laughs. Both Midler and Tomlin (and co-stars Fred Ward and Edward Herrmann) provide much needed support as director Jim Abrahams fumbles the funny ball.

Scenes From a Mall Plot: On their 16th anniversary, a married couple’s trip to a Beverly Hills mall becomes the stage for personal revelations and deceptions.

Review: Los Angeles power couple Deborah (Bette Midler) and Nick (Woody Allen) are about to celebrate their 16th wedding anniversary, and they decide to spend the day at the mall. It’s Christmas time, so the crowds are thick, and parking is scarce, but they manage to pick up their anniversary gifts to each other, all while coming to the revelation that both of them have been carrying on affairs behind each other’s back, which causes them to careen and screech to a halt, all while making a spectacle of themselves at the mall. Will their marriage survive this fiasco, and if it does, will everyone else around them at the mall survive as well?

A meandering dramedy that never really catches fire the way it should, Scenes From a Mall is a showcase for the two dynamic lead stars who give the movie everything they’ve got, but co-writer / director Paul Mazursky’s efforts fail his stars. The script is manipulative and forced (the performances are fine, though), and the story doesn’t go anywhere once you realize the movie has nowhere to go but in circles, up and down escalators. A shame.

Kino Lorber’s double feature of these two films is welcome, despite how bland both movies are. While both of these films have been available on Blu-ray from Mill Creek, Kino’s collection presents them in a sharper, cleaner looking image, and on the same package at an affordable price.