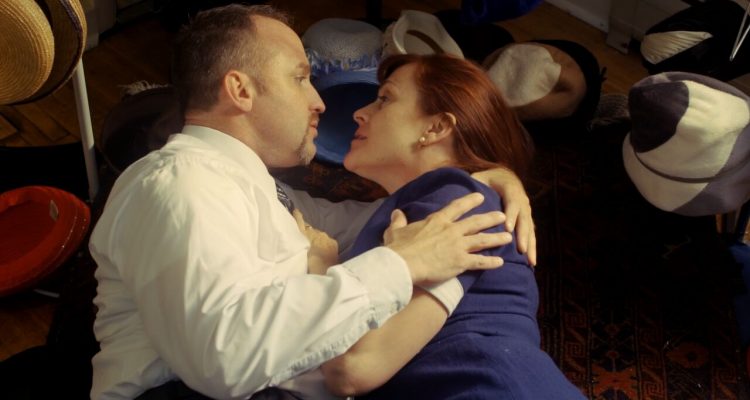 Lisa Mikitarian is the writer/director of Spent, a dark comedy opening in select theaters and On Demand this Friday. The film is a delicious homage to ’40s dark comedy about a wife and son that live it up while their miser-rat of a husband/father lies in a hospital bed–death by brain tumor imminent. His family goes wild spending his money until he experiences a miraculous 4th of July recovery.

I have to ask, is David Lynch an inspiration? So much of the film, from the intelligent and quirky comedy to the tone seems very reminiscent of Twin Peaks.

He is and Twin Peaks is THE best series. Lynch has a gift for making the absurd believable. It never feels like he’s trying too hard, instead  it resonates with the absurd within our own lives.

Have you been watching the new series of Twin Peaks? What’s your take – because I know many are complaining about the lack of that distinctive style of humor that was heavily present in the first two seasons?

I haven’t—because I’m probably the only filmmaker in the world who doesn’t have cable. If that humor isn’t present, it’s a travesty and someone’s head should roll.

Is it fair to say that SPENT is as much influenced by the movies of the ‘40s and ‘50s as it is period TV shows?

Did you sit down and watch any films or series before writing the script?

I re-watched Arsenic and Old Lace, Fargo, and a few of the classic screwball comedies—the latter helped me know that I didn’t want to veer far into the land of the screwball comedy.

How hard it is to write a ‘funny’ film?

Very! Especially as I wanted to make the characters oblivious of the humor. They’re living their very serious lives quite earnestly. There are no “one-liners” here. I also tried not to manufacture fun, meaning I wanted everything that happened or was said to be true to the character.

Was it also hard not to go too over-the-top?

Sometimes. The story takes place in small town America and harkens to a time when life wasn’t a free-for-all where average people did or said whatever they wanted. There was a sense of propriety even in the midst of affairs and murder.

How did you find your cast?

Connie Lamothe, my lead is a casting agent, too—she was a huge help. Other cast members pitched in also—someone always knew someone. Most of our talent was local, but they had far-and-wide experience. The casting feels like one of the strengths of the film, and I’m grateful.

Did you do a Hitchcock and cameo in the film yourself?

Yes! I formed Rump Roast Productions to make the film. Rump Roast was our nickname for our first grandchild, ergo I had to have a cameo with the then 10-month-old. You mainly see her ruffled backside—as is name-appropriate.

What do you hope audiences take away from the movie?

The overall story is about the complexity of money and relationships. Can a woman ever feel free if she’s not financially independent? But at its core, Spent is about family, and how flawed the individual members are. What wife hasn’t wanted to kill her husband? There are circumstances, no one should live with, but maybe there are times we should think twice before chucking everything we have away.