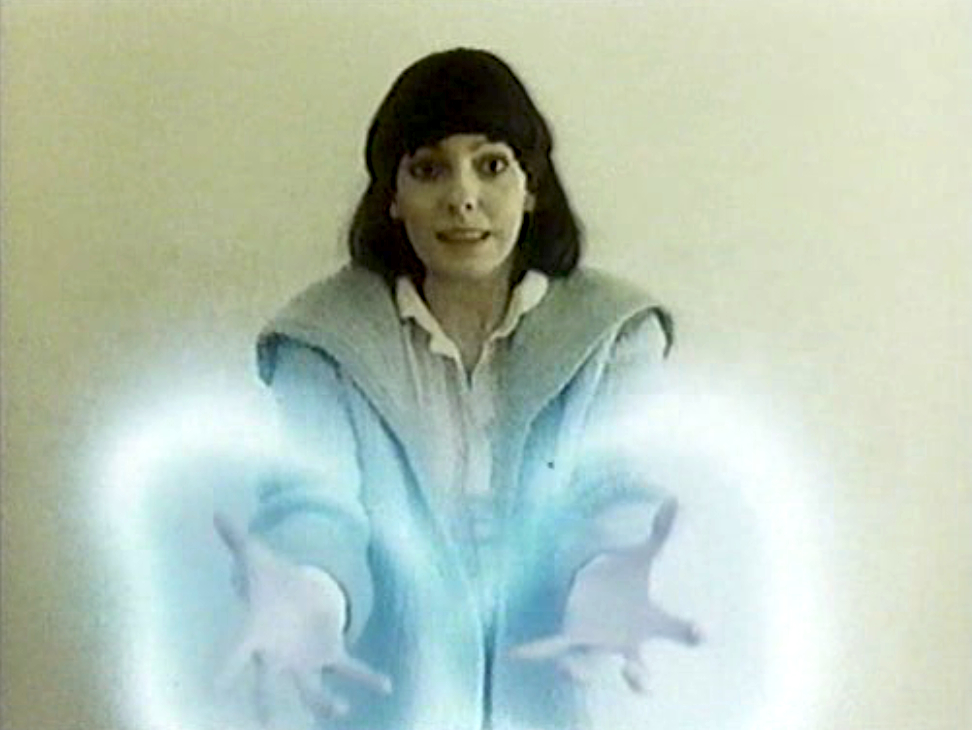 Strange stylish with a fun energy to it. Vinegar Syndrome’s release has given me a new appreciation for this movie.

Plot: A woman who lives in deer-hunting country in rural Wisconsin is possessed by the spirit of a Japanese samurai warrior.

Review: A Christmas holiday for a family living in a rural forest area turns deadly when a Shogun-looking stalker / slasher starts dispatching neighbors and family members with a glowing katana blade. The house matriarch is a psychic-sensitive painter who senses that her son’s new girlfriend Sarah has some psychic baggage that might be attracting the Shogun killer to their house, and so she prepares herself for a battle of minds and powers when the Shogun assassin with psychic abilities arrives in full combat gear to kill everyone in the house!

Years ago, I watched Bloodbeat on a bootlegged DVD edition and found it dull and lifeless, thinking I was going to be getting a seasonal slasher the likes of Black Christmas or Silent Night, Deadly Night. I was disappointed with it then, but my perception of it was hindered by high expectations and poor video quality, and so I am very pleased to correct my original assessment after watching Vinegar Syndrome’s new Blu-ray / DVD combo of the film. Vinegar Syndrome has restored the picture to 4K, which has done wonders for the film, as the movie looks clean, clear, and vibrant. The energy of the movie is much more fun than I remember, with a wacky Stephen King-esque story that has characters glaring at each other with florescent glowing hands and kitchen knives and condiments flying out of cupboards. There’s even a hot, sweaty sex scene that intercuts during one of the samurai’s stalk and slash kill scenes! The score uses selections from great classical pieces, including “O Fortuna” by Carl Orff, which was used in John Boorman’s Excalibur.

Vinegar Syndrome’s new release includes an audio commentary by director Fabrice Zaphiratos, a video interview with Zaphiratos and the cinematographer, as well as “The Silent Version” (a 28 minute condensed version of the film), and more. VS’s package also includes a reversible sleeve with two different artworks of the movie.