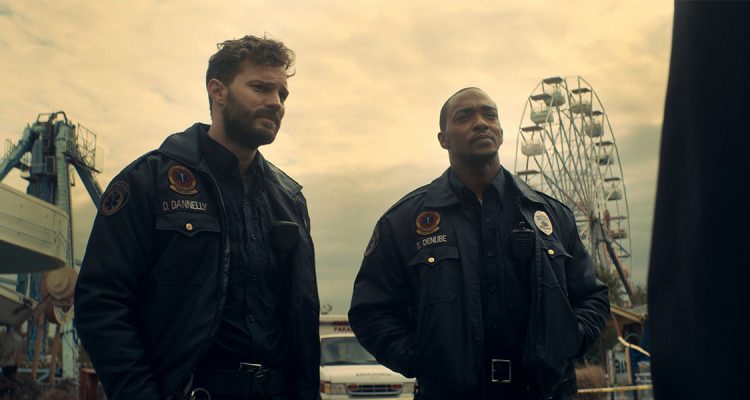 A slow starter and surprisingly foul for such an intelligently conceived concept, Synchronic from writers / directors Justin Benson and Aaron Moorhead is a clever time travel thriller with a low key approach.

Two New Orleans paramedics’ lives are ripped apart after they encounter a series of horrific deaths linked to a designer drug with bizarre, otherworldly effects.

World-weary and streetwise New Orleans night shift EMT’s Dennis (Jamie Dornan) and Steve (Anthony Mackie) have been at the job for two decades and counting, and they’ve seen it all. They’ve seen sudden death up close and from every angle, and the majority of their calls revolve around overdoses, which puts a damper on their worldviews. Dennis is the long-time family man who’s somehow been able to raise a family with his chaotic schedule, while Steve remains the perpetual bachelor who’s looked up to Dennis for years. When Steve is informed that he has a brain tumor, his outlook on life careens into depression and binging on alcohol and sex, and it just so happens that he and Dennis find a slew of strangely drug-overdosed victims on their shifts: a weird new synthetic pill called Synchronic is causing people to OD in the strangest ways – some self-combust in flames, some are bizarrely snake-bit, while others walk off ledges, thinking they’re floating. Dennis’s 18-year old daughter Brianna (Ally Ioannides) disappears after taking the drug, which leads Steve on a self-sacrificing quest to find her through the consumption of Synchronic. After taking it once, he realizes with stark clarity that the pill causes the user to travel back in time for seven minutes to an era in the distant past, transporting your mind, spirit, and body to the exact spot where you took the pill, but to another far-flung time. He takes another one, and then another, always plunging backwards in time – to the ancient Ice Age (twice), to a swamp land of Louisiana’s past – and then he gets the idea that if he can find the exact place where Brianna took her pill he can maybe save her, but it’ll take a lot of trial and error because if he misses his window back, he could get stuck in the past forever.

A slow starter and surprisingly foul for such an intelligently conceived concept, Synchronic from writers / directors Justin Benson and Aaron Moorhead is a clever time travel thriller with a low key approach. It’s a trippier version of Frequency meshed with last year’s The Wave, and while it’s never quite fleshed out or explained, you can certainly appreciate its audacious reach into its Twilight Zone heart and spirit. With weird and frightening visuals, the movie is designed to freak you out and keep you guessing. For the most part, it accomplishes its intentions. 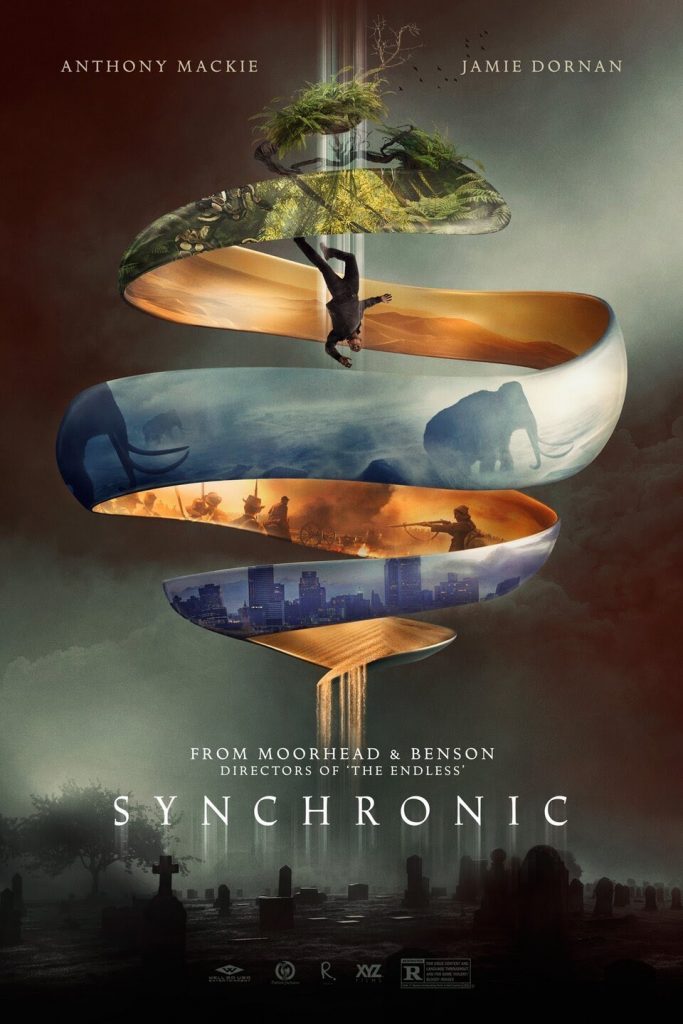