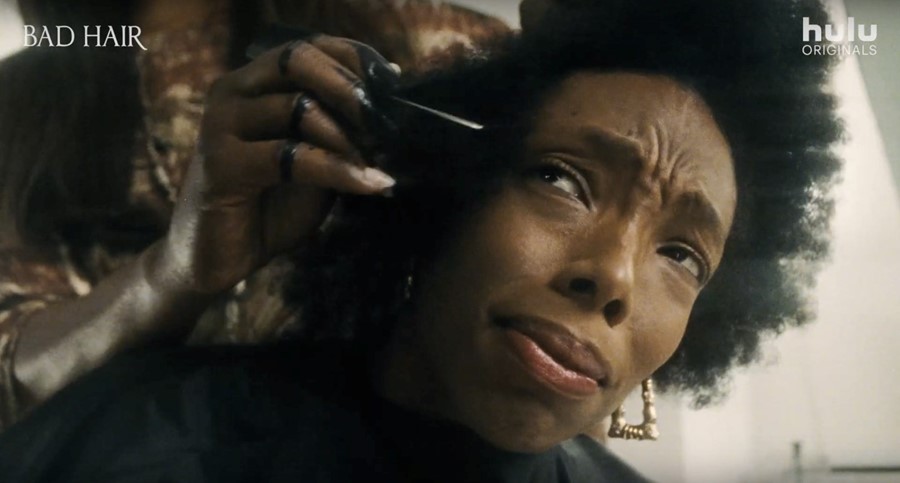 Writer / director Justin Simien spends too much time on building up his world around his characters, and while the characters are richly drawn, there’s just too much frill around the edges, and the movie ends up being overlong at a nearly full two hours.

In 1989 an ambitious young woman gets a weave in order to succeed in the image-obsessed world of music television. However, her flourishing career may come at a great cost when she realizes that her new hair may have a mind of its own.

Nebbish, but ambitious and enterprising Anna (Elle Lorraine) is largely overlooked at the black music television station she’s been working hard at for years. It’s partly due to her image, which doesn’t really suit the highly image-conscious industry she’s in, but when the station has a turnover of staff and leadership, the new razor-sharp boss Zora (Vanessa Williams in fine villain form) sees in Anna some possibilities, but her first order to Anna is to get a makeover or find another job. Anna, always cash poor and on the verge of eviction from her crummy apartment, borrows $500 from her parents to get a fancy hair weave at the happening salon in town, and she gets lucky to be seen without an appointment. The hair stylist does a real number on her: real, human hair from India is literally stitched into her scalp like some kind of Texas Chainsaw Massacre torture scene (it’s a tough one for the audience as much as it is for Anna, who passes out from the pain), and when she wakes up she finds herself utterly and completely transformed into a new woman. Her hair makes her beauty shine like it never has before, and since she’s had hair trauma previously as a child, she’s instantly aware and conscious of the fact that she’s undergone a trial and tribulation that was worth it … until the ramifications of her transformation become apparent. Expressly instructed not to use water on her hair, but a special hair tonic instead, Anna leaves, and when she goes to work she makes a big impression with her gorgeous hair. It doesn’t take long for her to begin climbing the social ladder, but simultaneously her hair takes on a life and a will of its own, feeding on blood wherever it can find it. Turns out the tonic she’s been using has pig’s blood in it too! Not entirely aware of her actions, Anna and her bad hair become blood-ingesting creatures, and when her boss Zora realizes what’s going on, we find out that Zora too has “bad hair,” and that’s when Anna comes to understand that their hair is part of an African American myth or legend, and there is only one way to stop it before it completely controls and ruins her life.

Set in 1989 at the dawn of the hip-hop cultural movement, Bad Hair is a pretty radically unique horror film and social commentary, although its effect is not quite as potent as the Jordan Peel horror films that have been made recently. Writer / director Justin Simien spends too much time on building up his world around his characters, and while the characters are richly drawn, there’s just too much frill around the edges, and the movie ends up being overlong at a nearly full two hours. Some of the special effects and gore gags are fun, and it’s been a long time since I’ve seen a bad hair horror movie. I think the last time was in John Carpenter’s Body Bags. 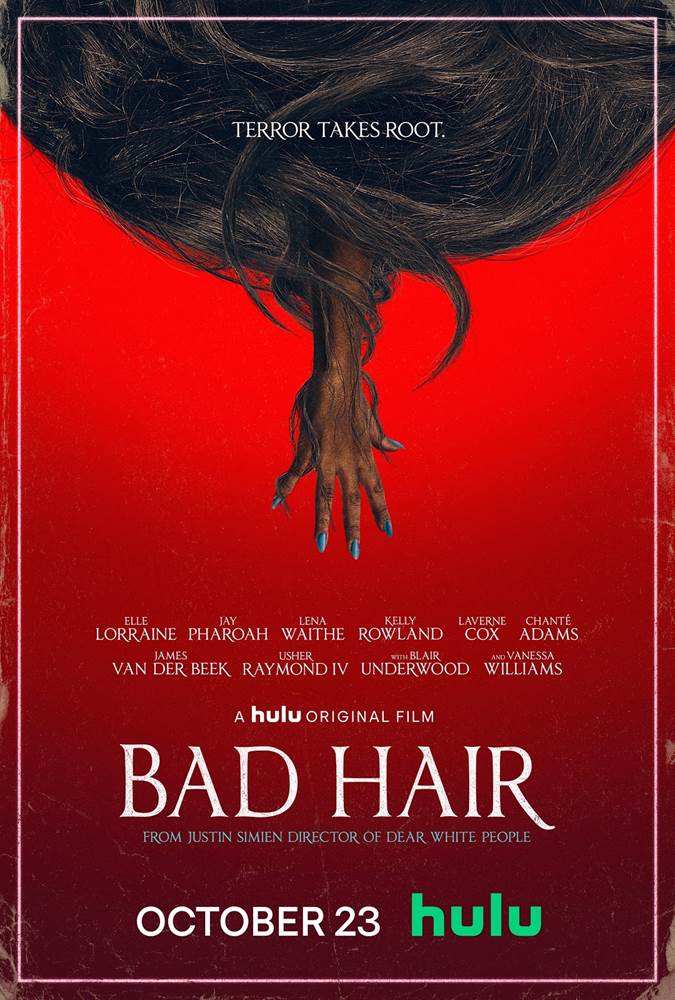