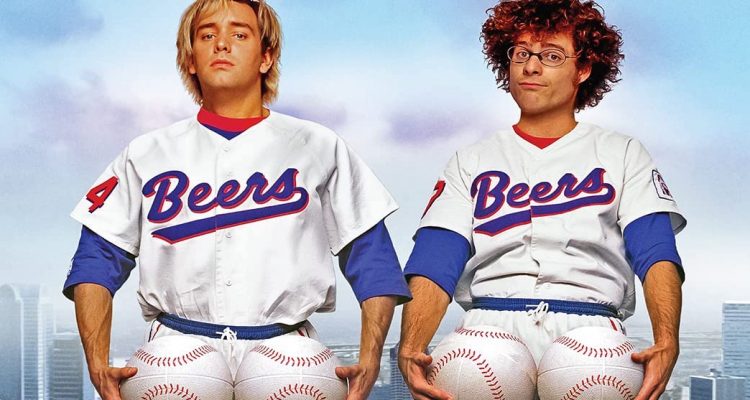 A foul-balled and irreverent spoof of itself, BASEketball is intermittently amusing, but it’s mostly an air ball in terms of how it lands near the net.

Two slackers hit paydirt when they invent a brand new hybrid of basketball and baseball.

With no prospects years after high school, slacker bros Joe (Trey Parker) and Doug (Matt Stone) create a brand new sport on the spur of the moment: BASEketball, a slapdash hybrid of basketball and baseball. When their sport becomes a neighborhood hit, a billionaire (Ernest Borgnine) offers them a chance to go national with their sport, and within five years their concoction has become a massive thing, with them at the center of attention because their play on their own team, the Beers. With offers to sell out to a shady businessman (played by Robert Vaughn) and a gold digger (Jenny McCarthy), Joe and Doug are stupid enough to avoid real trouble, but they’re faced with personal crises such as falling for the same woman (played by Yasmine Bleeth), a good-hearted head of a foundation for terminally sick children.

A foul-balled and irreverent spoof of itself, BASEketball is intermittently amusing, but it’s mostly an air ball in terms of how it lands near the net. Parker and Stone aren’t really interesting on camera and lack what it takes for comedians to strike it rich in movies, but obviously they made their tens of millions (or hundreds, how would I know?) with their South Park creation. Spoof wizard David Zucker directed this silly movie, and while it doesn’t feel “dated,” per se, it hasn’t really aged well as a comedy.

Mill Creek has just reissued BASEketball on Blu-ray, but they’re offered it in an unremarkable high definition transfer that is little more than what appears to be a standard definition presentation. Mill Creek offers no special features with this release. 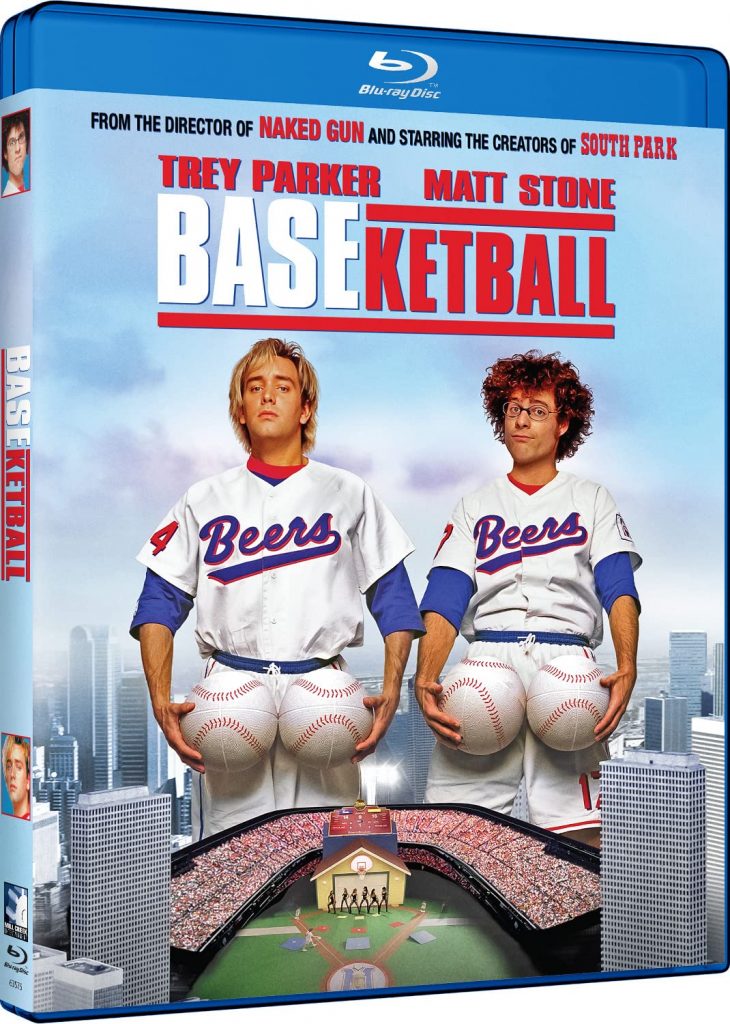