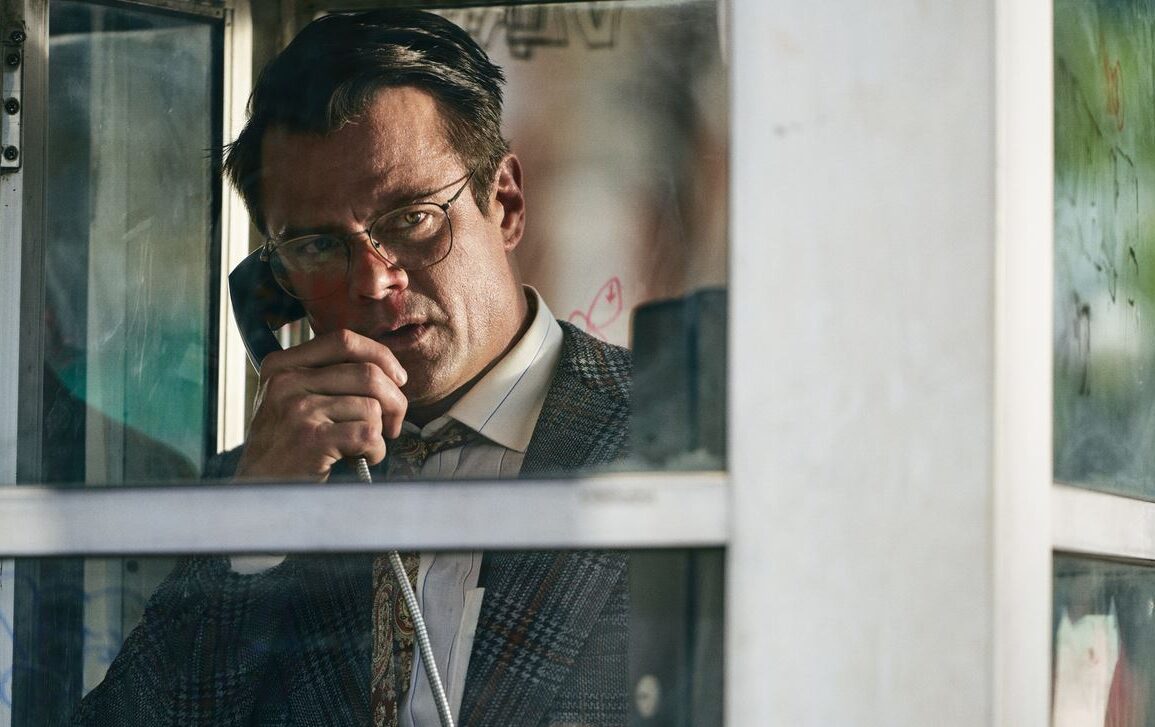 Bandit is an entertaining crime drama with the cast at their best and some of the craziest moments actually happened in real life proving that reality can be stranger than fiction.

Plot: In 1985, Gilbert Galvan Jr (Josh Duhamel), a charming career criminal, escapes from a US prison in Michigan and crosses the border into Canada where he assumes the identity Robert Whiteman. After falling in love with Andrea (Elisha Cuthbert), a caring social worker he can’t provide for, he turns to robbing banks and discovers that he’s exceptionally good at it. Under the guise of a security analyst, Robert begins flying around the country robbing multiple cities in a day, eventually catching the attention of national news outlets that dub him The Flying Bandit. Addicted to the rush and money that provides his double life, Robert eventually turns to loanshark and reputed gangster Tommy Kay (Mel Gibson) for bigger opportunities. But with Robert’s notoriety growing in record time, he is put into the direct sights of a ruthless detective (Nestor Carbonell) who will stop at nothing to bring him down.

Review: Josh Duhamel, Elisha Cuthbert and Mel Gibson star in this Based on True Events caper about the Flying Bandit, an escaped convict who flees the United States and hides out in Canada where he assumes a new identity and starts robbing banks. He never has to use violence and has a knack for it so he soon becomes one of the most wanted criminals with detective Snydes (Nestor Carbonell) hot on his trail.

If you go into Bandit expecting an action picture then you’ll be disappointed as this is a crime drama with some comedy but little in the way of action; it still manages to engage with Duhamel perfectly cast as the charming rogue Robert Whiteman/Gilbert Galvan Jr. and he has great chemistry with Andrea (Elisha Cuthbert).

This tale has genuine heart as Andrea is at first excited when she finds out what Robert does to make money but the glamour soon wears off when she finds out that he has been lying to her about his real identity. It’s still lighthearted fare that will leave you smiling as it’s hard to believe Whitman/Galvan Jr. had the sheer guts to pull off the robberies he did without injuring anyone.

Mel Gibson manages to be suitably scary as loanshark Tommy Kay but he becomes good friends with Whiteman over the years and Gibson still shines any time he is on screen.

As I said some may be disappointed there isn’t much in the way of action as this is a character piece so the pacing may be a little slow but I never took my eyes of the screen for the full runtime.

Overall, Bandit is a run ride with Josh Duhamel giving one of his best performances to date, Mel Gibson doing what he does best and Elisha Cuthbert nearly stealing the show.