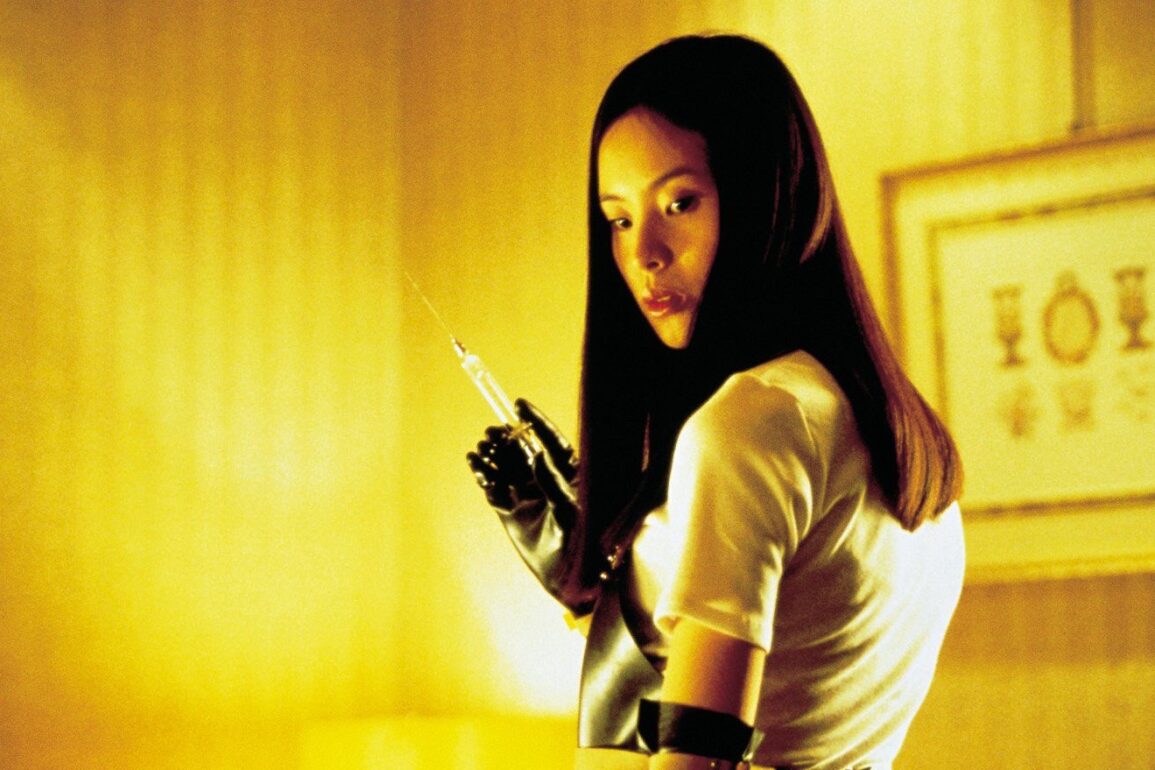 Takashi Miike’s deeply ingrained horror experience Audition is a rock solid doozy of a thriller with very clear and vivid depictions of torture and horror in measured doses.

Plot: A widower takes an offer to screen girls at a special audition, arranged for him by a friend to find him a new wife. The one he fancies is not who she appears to be after all.

Review: Businessman and devoted husband Shigeharu (Ryo Ishibashi) loses his wife to illness and he spends seven years mourning her. His teenaged son (played by Tetsu Sawaki) encourages him to marry again, and after mulling the thought over for awhile, Shigeharu brings the notion to his friend, a TV producer (played by Jun Kunimura), and a plan is concocted: The producer will stage a TV program like The Bachelor where Shigeharu will audition young, mature women on camera with the prospect of dating ten on TV. Shigeharu agrees and auditions a slew of women, but immediately focuses on one – a coquettish, mysterious young woman named Asami (Eihi Shiina), whom he becomes smitten with almost immediately. Shy and reserved, she captures Shigeharu’s imagination and heart, and he falls in love faster than he intends to without really knowing who she is. His friend turns up some alarming signs, such as finding out that her references didn’t pan out, and in fact her main reference contact “disappeared” without a trace. We as the audience are clued in to the fact that Asami is indeed a sinister force, with severe psychological issues, but Shigeharu finds out the hard way. After sleeping with her, she vanishes, and he spends some time investigating her murky past, tracing her origins down to a defunct dance studio where a creepy old man without legs warns him against her … and other very alarming details. The next time Shigeharu meets Asami will be a horrible, excruciating experience as he becomes the object of her depraved fetish …

Takashi Miike’s deeply ingrained horror experience Audition is a rock solid doozy of a thriller with very clear and vivid depictions of torture and horror in measured doses. It takes more than an hour of getting to know the protagonist, and less than twenty minutes of nail-biting suspense at the end to watch him go through his ordeal, but the movie works because we care about the characters. Eihi Shiina deserves a huge credit for turning out to be one of the nastiest movie villains of all time. If you’ve never seen Audition and you call yourself a horror fan, then it’s time you course corrected.