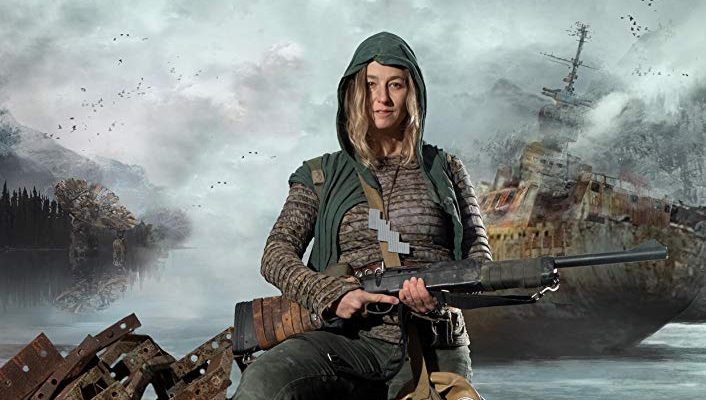 Described by critics as both an “absolute joy” (CNN) and “eccentric & effervescent” (Projected Figures), the electrifying film is set a post-apocalyptic world where a woman fights to survive and be reunited with her family.

Welcome to the future – two years from now after the nuclear apocalypse that changed life as we know it. Black Flowers is a sci-fi road trip of epic proportions with a female super hero. Without gasoline, electricity, or communications, humanity is devolving into a barbarous society of hunting and pillaging. In this hellish landscape, one family fights for survival. Superhero Mother, Kate (Krista DeMille) loses her injured survivalist husband Sam (Ron Roggé) and lovestruck daughter Suzi (Andrea Sweeney Blanco) in a matter of days after they join handsome loner Joe (Jesus Lloveras) in search of a rumored hidden nuclear bunker full of food and medicine. Suddenly alone, lost in the chemical clouds and pursued by murderous scavengers, Kate fights to stay alive and reunite with her family. Joining Kate in her desperate bid to build a better world for her daughter are the kind yet doomed souls she meets along the way. Like humans, black flowers can kill or they can heal. Things are often not as they seem.