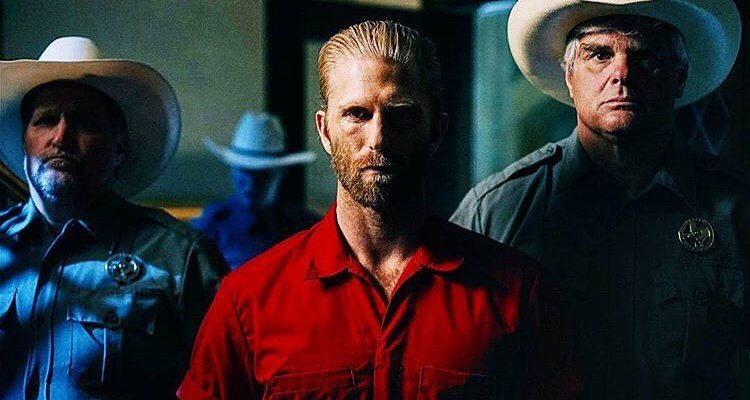 American Violence is a solid Death Row tale with some disturbing moments and decent performances; it’s let down at times with some ropey dialogue but I’ve seen a lot worse.

Plot: This intense thriller follows one man’s path to execution and the strong-minded doctor brought in to take a deeper look at the violent circumstances that have doomed him. Jackson Shea has lived a life of deceit, brutality and corruption. But when a series of chilling, violent events lands him on Death Row, one psychologist must determine whether his violent behavior is inherent in his soul, or if he is able to be rehabilitated and saved from execution.

Review: American Violence is very much a movie for our times; telling the story of a man on Death Row as he awaits execution it questions whether circumstances make people do bad things and if executing prisoners is really any better than what the criminals do themselves. You do have to wonder if the death penalty is a good idea as thus far it doesn’t seem to have deterred anyone from committing crimes so it’s a movie that gets you thinking.

They give it their all and Kaiwi Lyman-Mersereau does a fine job as our doomed lead Jackson Shea; he can look threatening one moment then make you feel great empathy for him the next as his life is filled with tragedy and pain. Even during his younger years Jackson had a tough time and it makes you think that his crime-filled life was inevitable. Did the system fail him or did he fail himself? Personally, I think we are all responsible for what we do in our lives and we can’t blame others for our actions, but I digress.

It’s at times harrowing and disturbing, especially a scene with Jackson being raped in the prison shower so this is not an easy film to watch.

Although it does take itself very seriously there are a few moments that let it down in terms of the script with lines like “do you know how much I love you? I love you so much” which is hardly inspiring. It also feels like several other movies I’ve seen before like Dead Man Walking or The Green Mile but if it draws attention to a subject like inmates on Death Row then that can only be a good thing.

I know she tends to get a bum rap as an actress but I’ve always liked Denise Richards and I enjoyed her character of Amanda Tyler whose husband was a cop that was murdered; she is firmly for the death penalty before she meets Jackson but afterwards she just might think differently as things are never just black or white.

Bruce Dern is one of my favourite actors and he plays arguably his nastiest character to date, the good old sadistic prison warden and I didn’t think it was possible to hate him THAT much.

It’s not exactly cheerful stuff then so you wouldn’t want to watch it on a Saturday night with friends and it maybe doesn’t warrant repeat viewings but it’s an interesting and thought provoking subject matter.

Overall, American Violence is a solid Death Row tale with some disturbing moments and decent performances; it’s let down at times with some ropey dialogue but I’ve seen a lot worse. I’d recommend giving it a watch if you’re looking for something different.