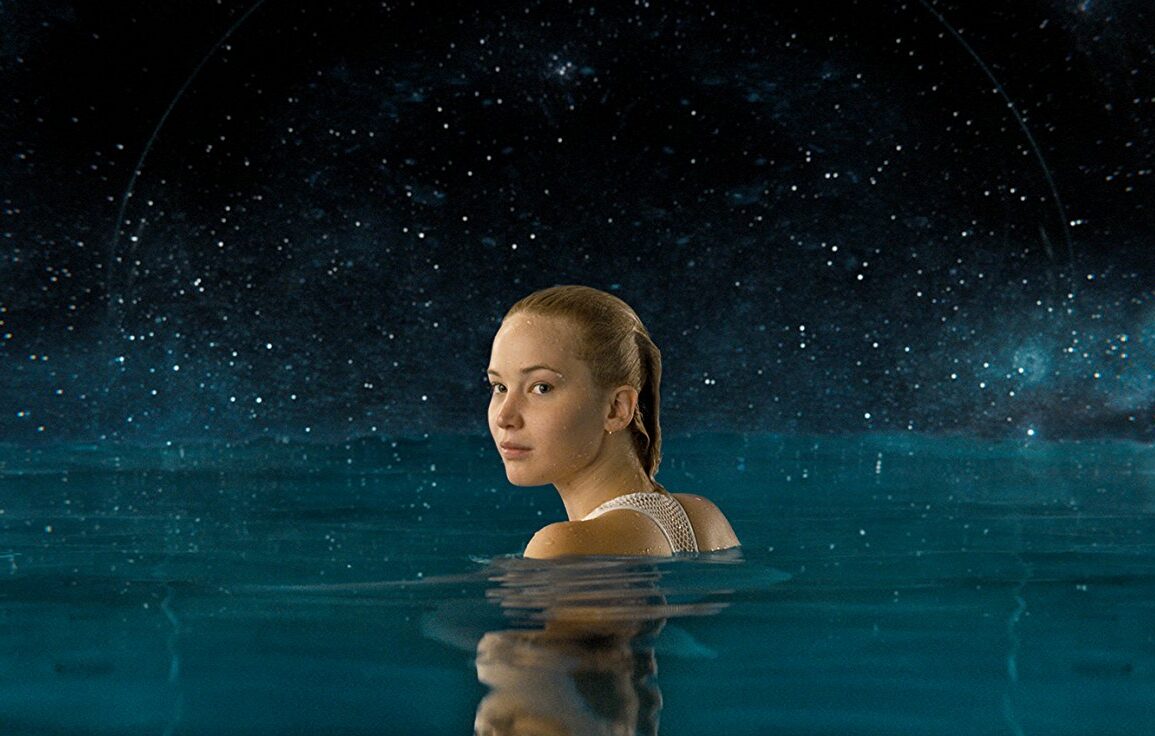 Passengers was far better than critics would have you believe with terrific performances from our two leads, stunning visuals and a story that has a satisfying and unpredictable conclusion.

Plot: On a routine journey through space to a new home, two passengers, sleeping in suspended animation, are awakened 90 years too early when their ship malfunctions. As Jim and Aurora face living the rest of their lives on board, with every luxury they could ever ask for, they begin to fall for each other, unable to deny their intense attraction… until they discover the ship is in grave danger. With the lives of 5000 sleeping passengers at stake, only Jim and Aurora can save them all.

Review: *Mild spoilers ensue* I missed seeing this over the Christmas holidays due to being away on vacation but I finally got around to seeing it today; Passengers got quite mixed reviews when it came out and I have to say that I’m not entirely sure why.

Sci-fi is normally quite cold and sterile and I’m not always a fan of it but I found Passengers to be moving, romantic and genuinely emotional at times. It captures the loneliness of Jim Preston’s (Chris Pratt) journey after he wakes up early from hypersleep before anyone else. After spending over a year on his own on the verge of losing his mind he eventually decides to wake up Aurora (Jennifer Lawrence) so he can finally have some company.

Jim spends literally months debating with himself and android Arthur (a superb Michael Sheen in full on”Shining” mode) about the moral choices of waking up Aurora and essentially sentencing her to die on the ship with him. We all know that it’s probably not the right idea and if she ever found out she would (rightfully) be furious but we fully understand his motivation as he is so desperately lonely.

I have to admit I am not normally a big fan of Jennifer Lawrence but this was the first time where I was very attracted to her character and thought she felt totally believable. Aurora was very appealing and their blooming romance felt natural as I thought Pratt and Lawrence had real chemistry on-screen together.

Pratt gives his finest performance to date as the tortured Jim and when he is on his own for the first 30 minutes of the film we are rooting for him every step of the way.

It is a little slow in parts (as with most sci-fi) but I never wanted this journey to end; I just loved being with the characters and this beautifully realized future. Speaking of which, the visuals were spectacular and the set design was flawless. The technology felt like it could easily exist in a matter of years which made the whole story feel authentic.

The music score was fantastic and although lacking a main theme (like every movie today) it worked perfectly in creating this world; it’s upbeat and exciting when it needs to be and foreboding during the climax and will be a score I will return to regularly.

Overall, Passengers was far better than critics would have you believe with terrific performances from our two leads, stunning visuals and a story that has a satisfying and unpredictable conclusion.