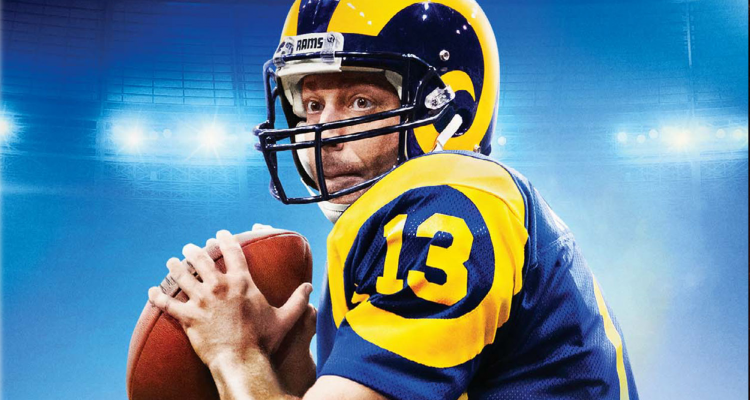 I couldn’t care less about football, but I know a good movie when I see one, and there’s no reason why families who care or don’t care about football won’t enjoy this one. It’s a sweet, touching, and emotionally satisfying film in every way.

The true story of Kurt Warner, a guy who had a dream of making it in the NFL, despite all the odds against him.

Kurt Warner (played by Zachary Levi) is a good-hearted guy who lives, breathes, and dreams football. Somehow, the NFL always escaped him, despite his fervent desire to join. Circumstances and fate just kept him at an arm’s length away, and as he left college, he desperately tried to get in with the NFL, but after a two-day stint with the Green Bay Packers, he was cut from the team. Clearly, he could and should have been one of the great quarterbacks of all time, but his time was yet to come. Humble and patient, he bided his time with menial jobs and in the meantime, he fell in love with a divorced woman named Brenda (Anna Paquin) with two kids, one of whom is blind, and while that relationship was never easy, he fully committed to them, heart, body, and soul, and fate pushed him into the world of the Arena Football League, where he flourished for three seasons. It was there where he was cherry-picked by the Rams, who signed him. Too old to be a rookie and approaching his expiration date, fate further propelled him to have his shot as the leading quarterback for the Rams, where he was finally able to prove what he was capable of, and he became a legendary two-time NFL MVP and a Hall of Fame quarterback.

I’m far from being a sports guy, and I’m happy to admit I’ve never watched a single football game in my life. Sports movie are never my thing, but if there’s a seed of a story or a true story that interests me in the slightest about a particular sport because of who’s in in it, or who directed it, then I have no problem watching the film. I’ve seen all the “old rookie” movies out there, and quite a few of the notable baseball, golf, soccer, hockey, and football movies, and occasionally I really enjoy one. American Underdog (everything you need to know is in the title) is a pretty good one, and it’s a well-made, inspirational (and somewhat faith-based) film from the director of I Can Only Imagine, which I enjoyed very much. Zachary Levi is great in the lead role, and I enjoyed the supporting work from guys like Dennis Quaid and Adam Baldwin in small supporting roles as the notable coaches in Warner’s life. I could care less about football, but I know a good movie when I see one, and there’s no reason why families who care or don’t care about football won’t enjoy this one. It’s a sweet, touching, and emotionally satisfying film in every way. Directed by The Erwin Brothers.

Lionsgate’s Blu-ray / DVD / Digital Code combo pack of American Underdog comes with an audio commentary by the filmmakers, seven featurettes about the making of the film, and deleted scenes. 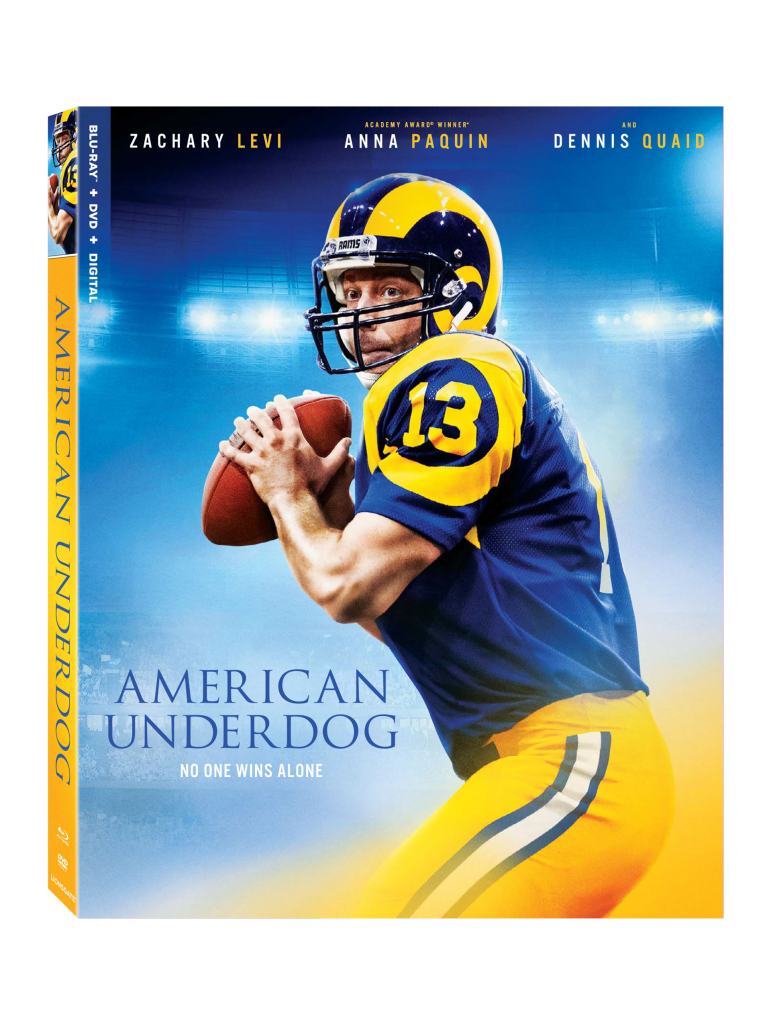