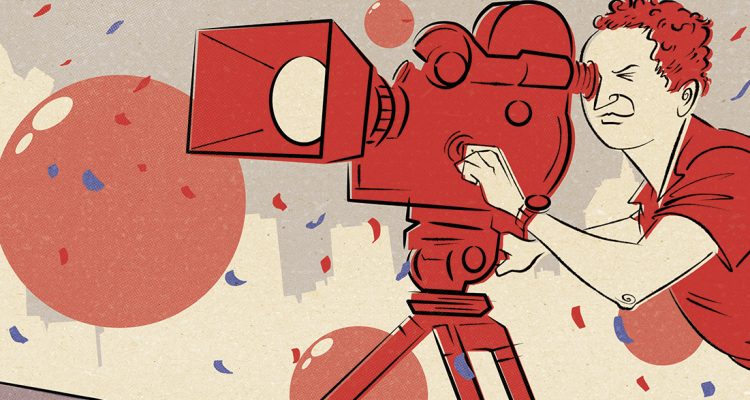 The movie is simple, mostly innocent, and yet it misses the point almost altogether, but that’s just Francois’s approach. It has no depth, but it’s still a movie that brought a big smile to my face. It’s like looking straight into the nostalgia of my father, who grew up during this period.

A film without a narrative; A French filmmaker spends 18 months travelling across the USA in the late 1950’s, observing the customs of the day.

French documentarian Francois Reichenbach travelled to the United States for the first time with his camera and set his lens to Americans – both young and old – and filmed what can only be described as an innocent moment in our country’s history between WWII and Vietnam where optimism was high and yet, he manages to capture despair, lust, and the dregs as well. He arrives in America in San Francisco and films himself crossing the Golden Gate Bridge. What a beautiful sight. He moves down the coast of California and ends up in Orange County at Disneyland. He skips through suburbia a bit and gets a good look at children eating ice cream, participating in hula-hoop competitions, and makes his way to Venice Beach where rockabilly youngsters are blowing bubble gum and getting into trouble. There’s a pit stop at a prison in Texas where the inmates are allowed out four Sundays in October to participate in a rodeo with the prize being a one-year reduction on their sentence. Francois travels a bit to Middle America and finds a convention of twins that attracts fraternal twins from all over the country. He also zeroes in on the advertising industry and how sex appeal really helps shape America. Later on, he makes a stop at a school for strippers, then follows the military on some training exercises like jets flying on and off an aircraft carrier. He has time to join in on several carnivals – one put on by the blacks, and then one by the whites in the South, and then finally, he ends up in New York and is in awe of the skyscrapers.

With no narrative, but only whimsical musings on the odd customs of the Americans he encounters, America As Seen By a Frenchman is a wonderful little time capsule collected by a passerby from another culture. He really sounds perplexed when he encounters such a wide variety of sorts, and indeed he seems to misunderstand some important things about the country that should be fairly easy to grasp. He goes to churches and is baffled by people’s faith (he calls Christianity a cult), and he spends an awful lot of time looking at the simplicity of childhood. For a film made in the late ’50s, he managed to capture a surprising amount of sexuality in his filming; he films in on model shoots where beautiful models casually toss aside their clothing while onlookers spy on, and then the striptease school segment gets in on the action, as it were. This type of thing was uncommon in films made during that era, but “as seen by a Frenchman” affords some benefits, I guess. The movie is simple, mostly innocent, and yet it misses the point almost altogether, but that’s just Francois’s approach. It has no depth, but it’s still a movie that brought a big smile to my face. It’s like looking straight into the nostalgia of my father, who grew up during this period.

Arrow Academy’s Blu-ray release of America As Seen By a Frenchman is a real treasure find, and it looks lovely in crisp 2:35:1. I never in a thousand years would have considered watching this if it hadn’t been for this release. It comes with a video appreciation, an image gallery, and an insert booklet. 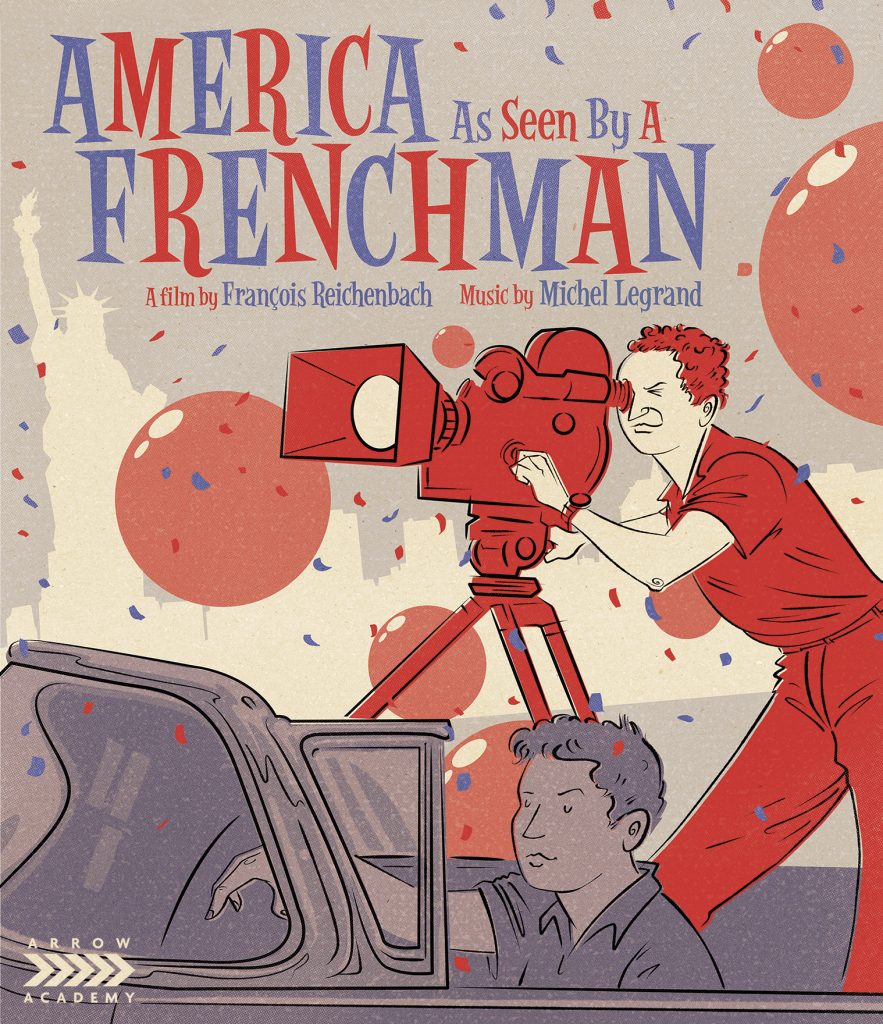