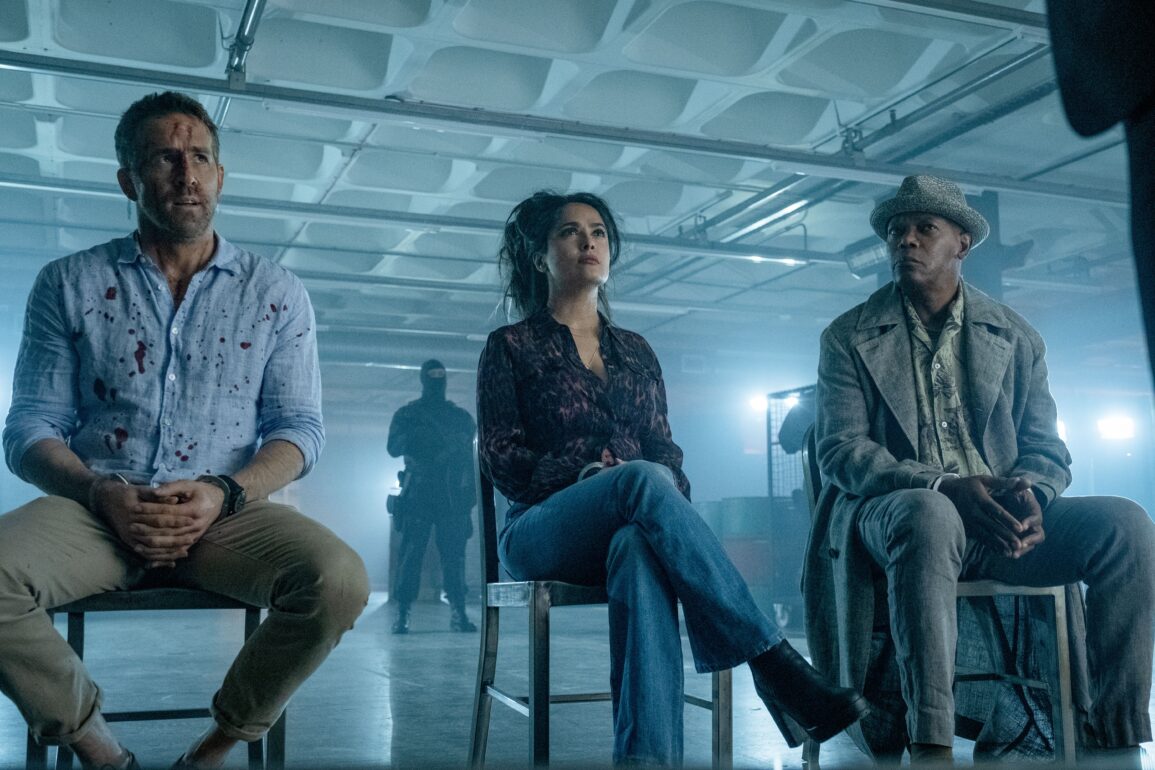 A disgraced bodyguard is drafted into a globetrotting plot to save Europe from a megalomaniac, but he must join the team that happens to have the world’s greatest assassin – his love / hate BFF – and his wife on it.

Recently disgraced insecure bodyguard Michael Bryce (Ryan Reynolds, coasting) is “on sabbatical” from guns and body guarding on the advice of his exasperated therapist when he’s drafted by manic and foul-mouthed Sonia Kincaid (Salma Hayek who must’ve given herself multiple migraines with all her shouting in this) to rescue her husband Darius (Samuel L. Jackson), the world’s greatest assassin, who has been captured by some goons. Hemming and hollering the whole way, Bryce doesn’t do much to help out, but he’s there when Sonia does all the heavy lifting and frees Darius, but when Darius finds out that Bryce – who is directly responsible for shooting him in the testicles in their last encounter – is to be thanked for his rescue, he ain’t too happy about it. Before they can go their separate ways, the three of them are forced to help Interpol (the weary head agent is played by a tired looking Frank Grillo) save Europe from being “shut down” by a Greek tycoon (played by Antonio Banderas) who feels jilted that his country is being given the shaft by a democratic vote that would essentially lay the wilting EU economy on Greece’s shoulders. Bryce must find his mojo while Darius and Sonia deal with their own problems (she can’t get pregnant) in the midst of flying bullets, crashing cars, and explosions.

Rushed into production after 2017’s The Hitman’s Bodyguard made a modest return on its investment, Hitman’s Wife’s Bodyguard test screened in late 2019 and early 2020, but the shutdowns of 2020 forced it into a release delay. On the surface, the movie looks great with beautiful locations all over Europe, and Patrick Hughes – the director of the first film and Expendables 3 – has an approach that is slick, but lacks distinction. In a lot of ways, his style is like Simon West’s: He handles everything competently, but can’t muster up a level of depth, wisdom, or discernment in terms of what he allows his actors to do on screen. Reynolds, Jackson, and Hayek scream obscenities at each other from the first moment to the last, and literally every spoken line of dialogue is laced with profanations and blasphemies that any normal, intelligent person with a modicum of literacy and attentiveness to human decency will feel desensitized and numb by how stupid these characters sound. The story they’re framed around is fairly stock stuff for these types of action films, and as far as the action itself goes, it’s almost all done in slow motion with a song to highlight each action sequence, which defeats the entire purpose of an action scene. It’s almost as if Hughes and his producers at Millennium had zero confidence in this being an “action” film altogether. It acts like a spoof and sounds like a garbage disposal eating away at silverware.

Lionsgate releases Hitman’s Wife’s Bodyguard on Blu-ray today, and the package comes with a DVD, as well as a digital code. Special features include a gag reel, an “on set” feature, plus some features highlighting the stunts, the actors, and trailers. 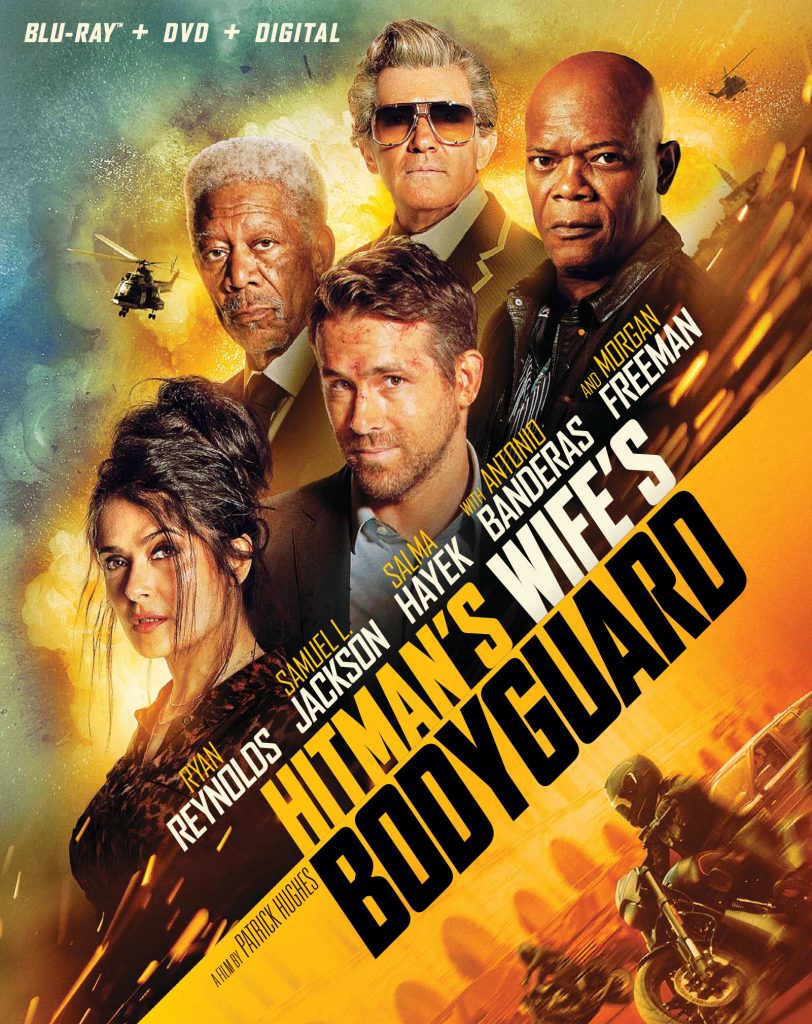